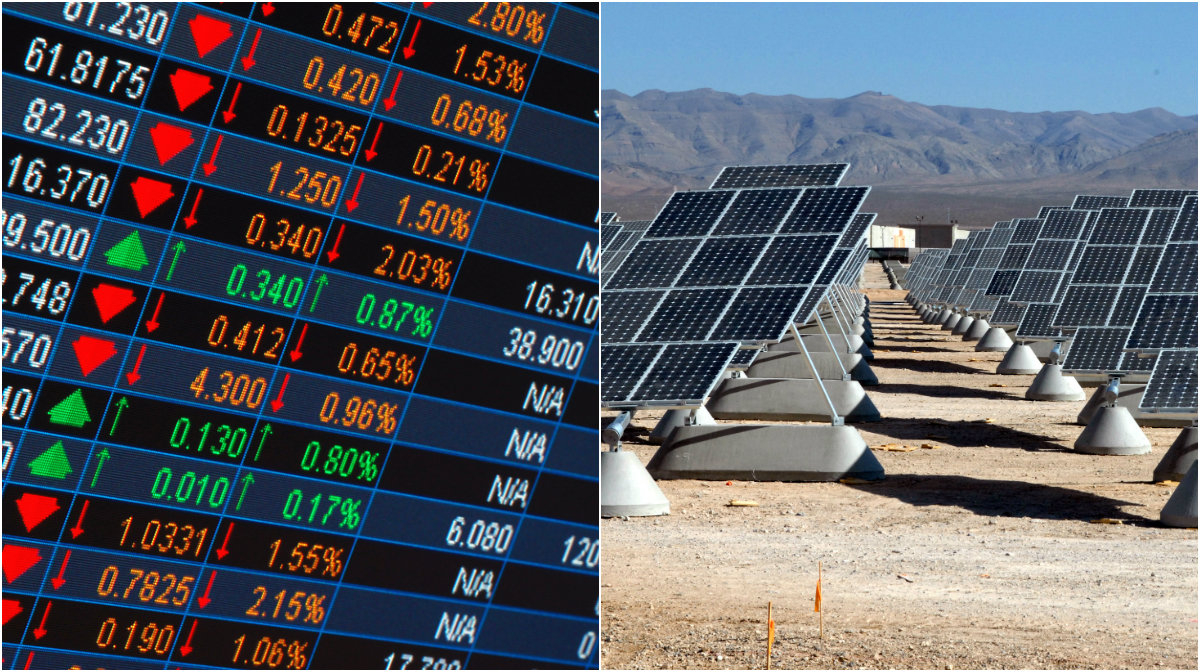 Alarms about climate change are increasing in intensity. Yet greenhouse gas emissions grow unabated. Are we the proverbial frog in a pot of warming water? Tom Rand – author of Waking the Frog: Solutions for our Climate Change Paralysis — looks to systemic causes of our continued paralysis in the face of a storm of increasing intensity. By better understanding the causes of our paralysis, we might yet leap into action. Part two of a four-part series: Psychology, Markets, Economics and Finance.

Left to its own devices, the market won’t solve our climate problem, but rather, will take us right off the climate cliff. That’s clear to anyone who reads the daily business section in the newspapers and keeps an eye on carbon counts. The fossil fuel reserves that sit on the balance sheets of the energy giants —waiting to be extracted, sold and burned — take us well past safe levels of warming. To stay under 2°C, we need to leave three-quarters of that stuff in the ground as stranded assets. But market signals tell us, loud and clear, we’ll burn it all — it’s baked into energy stock prices. The market will fail us on climate.

Yet, today’s global market economy is the most powerful and creative social force in human history. Might we trick it into building a low-carbon economy instead of burning every economically viable scrap of coal? You bet.

But stopping us is an old myth — the myth of the free market: only if left free of interference and driven by unfettered self-interest will the market find a magical place of equilibrium that maximizes wealth for everyone. It’s an old story.

With apologies to my libertarian friends, no such thing as a free market exists. In the absence of market rules emerges the strongman’s. Look to Somalia for a free-market utopia. Markets are a balance between structure and freedom: high-tech Silicon Valley requires one kind; an oligarch’s playground of resource development another; and, a low-carbon economy free of fossil fuels yet another.

As one guiding principle among others, leaving markets alone isn’t a bad idea. But taken to its logical conclusion, it’s utter nonsense.

Back in the 19th century, economists built mathematical models meant to bring to their discipline the rigor, predictability and respectability of new-fangled sciences like physics. A single, magical point of equilibrium was introduced – an artifact of the models - just so the math could be solved using 19th century techniques! Nothing of interest operates at equilibrium. It’s a kind of stasis - lifeless, simple, devoid of movement.

A modern view of the economy as a complex, creative and dynamic system tells a very different story. Any pattern of interest - the turbulent flow of a river, individual cells, social networks and life itself – operate far from equilibrium. That’s what makes them interesting. The global economy is a dancing web of increasing complexity, made up of billions of people and trillions of transactions, evolving in creative and unpredictable ways. Innovation sweeps away old ways of doing things, creates new possibilities, and even changes the very rules by which the system evolves. There’s nothing like equilibrium here (perhaps in the price of sugar on a Monday afternoon, but not for the economy as a whole).

What does a modern dynamics system view of markets tell us about climate solutions? Most importantly, no tool more powerful in our arsenal exists than the market itself – its creative potential is unmatched. That means we can’t predict the future in detail - only the market’s evolution effectively picks technology winners and losers. But while unpredictable in detail, we can set the market’s direction. Finally, what happens earlier can both enable and limit what happens later – the economy is path dependent. New technologies open new possibilities, but entrenched interests limit them.

Think of water flowing in a stream. It’s impossible to predict flow patterns in detail – that’s the creative part. And previously dug grooves in the dirt limits future pathways. But that water will always flow downhill. We set course for a low-carbon economy by designing rules, akin to gravity, that adds a force in that direction: we put a fee on carbon emissions.

Instantly, every transaction across the economy from buying chocolate bars to building power plants is affected. The market hunts for the most efficient path to a lower-carbon state. Every penny raised can be redistributed to taxpayers, so it’s revenue neutral (fee and dividend). Individuals and companies choose their own path, but collectively we flow toward a low-carbon future.

Only a price on carbon can simultaneously harness the market and unlock its creative potential. It’s politically neutral, neither right nor left. It’s the most effective tool to solve a pragmatic problem. Some old myths are best left behind.