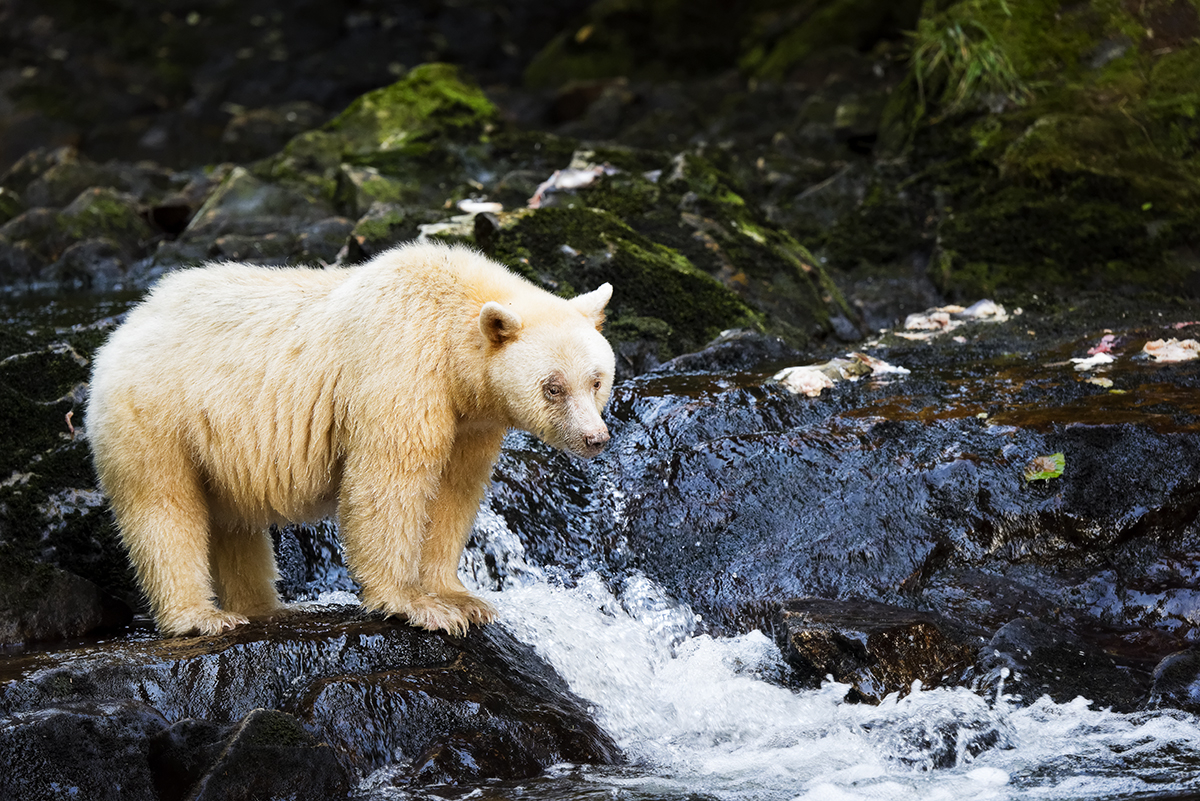 Environmentalists condemned TimberWest's cutting of old growth trees in the Great Bear Rainforest, one of the largest remaining temperate rainforests in the world.

Spanning 64,000 square kilometres along British Columbia’s Central and North Pacific Coast, the Great Bear Rainforest is the home to a rich ecosystem of whales, eagles, and the rare "spirit bear" — a white bear found nowhere else on the planet and revered by the Kitasoo, Heiltsuk and Gitxaala First Nations.

"We already have a serious deficit of old growth forests in B.C., and it's very concerning that TimberWest has increased logging in the last five years," said Sierra Club BC forest and climate campaigner Jens Wieting. The company logged 248,188 cubic metres of timber within the Great Bear Rainforest in 2009, and 778,580 in 2011.

Although TimberWest states that it is logging well within the agreed limits, forest conservationists argue the company has been targeting a vulnerable part of the rainforest at a time when sensitive negotiations to protect old growth forest are underway.

Langer, who was on the forefront of campaigns that forced companies to limit logging in the northern rainforest, said the logging has been detrimental to the negotiations.

The Great Bear Rainforest is at the centre of 19 years of negotiations between the province, First Nations, environmentalists and industry. If finalized, 70 per cent of old growth trees in the area will be protected—which is the threshold scientists say is necessary for the rich ecosystem to remain intact.

"We've been a participant in the Great Bear Rainforest negotiations since 1996," he said. "We've met all the requirements of sustainable harvest levels and we'll continue to do so."

Iannidiarno said if the Great Bear Rainforest agreement is finalized, the company will have to reduce its harvest levels. He said the company was prepared to "evolve" with the times, and that it was a significant employer in remote areas of northern B.C., providing jobs to First Nations as well.

"This is what the world is desperately looking for — solutions that allow economic activity without undermining the environment. We're getting very close."

He said for the agreement to be truly successful, the B.C. government will need to implement a monitoring system to ensure that logging agreements are not violated.

"There have been millions of cubic metres of over cutting in B.C. forests. The government gives companies a massive amount of flexibility with very little oversight. We will need more checks and balances to ensure the trees are protected."