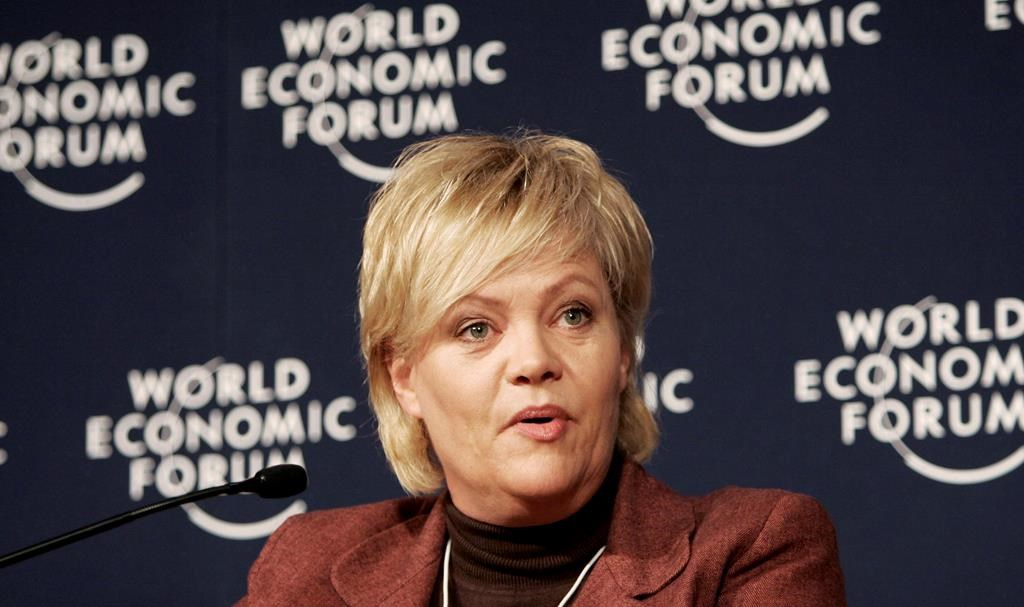 Photo of Kristin Halvorsen, who was Norway's finance minister from 2005 to 2009 and led that country's Socialist Left party in a coalition government.
Previous story
Next story

"We were inspired by Alberta when we established our sovereign wealth fund," said Kristin Halvorsen, who was Norway's finance minister from 2005 to 2009 and led that country's Socialist Left party in a coalition government.

"But there have been many differences in how we established the fund."

Alberta's new NDP government has promised to review how the province's oil royalties are raised and spent. That includes a look at the Heritage Savings Trust Fund, which was created by former premier Peter Lougheed in 1976 as a nest egg and repository for some of Alberta's non-renewable resource revenues to prevent them from distorting annual budgets.

It sounded like a good idea, said Halvorsen, in Canada for a speech at an academic conference in Ottawa.

"These are revenues from a non-renewable resource and we should take care of those generations after us," she said Wednesday. "Both the revenue from the oil and gas sector and the production are volatile, and we need some protection to avoid that affecting the budgets from year to year."

All of Norway's resource revenue goes into a sovereign wealth fund, with a percentage of the money siphoned off every year for government operations. The total value of the fund is about $1 trillion and Norway takes about $40 billion a year from it for government finances.

That's almost the size of the entire Alberta budget.

Halvorsen said it wasn't always easy keeping politicians' hands out of the oil royalty cookie jar. "It's always hard to explain why you can't just use one more billion."

But she said there's now wide agreement in the country about the wisdom of saving the money.

"There is broad understanding that we can't be that dependent on the revenues of the oil and gas sector. We got used to the idea that it was to our own benefit that we didn't use all this money in one generation."

Halvorsen said she didn't want her remarks to come across as criticism of past Alberta governments. But she did make one request of Canada's current federal government.

"I hope that (Prime Minister) Harper can be inspired by the Norwegian example. In Norway, the Conservative government is fully behind CO2 taxation of the oil and gas sector."

Norwegian energy companies pay a tax on greenhouse gas emissions of about $70 a tonne, she said.

The Harper government has announced it aims to reduce greenhouse gas emissions by 30 per cent below 2005 levels by 2030. Critics have said it has no credible plan for how to get there.

Both the very small amount of

Both the very small amount of royalties and the lack of a plan to save have tied successive Alberta Governments to ever more oil and gas production, at untold costs to our health and our environment.