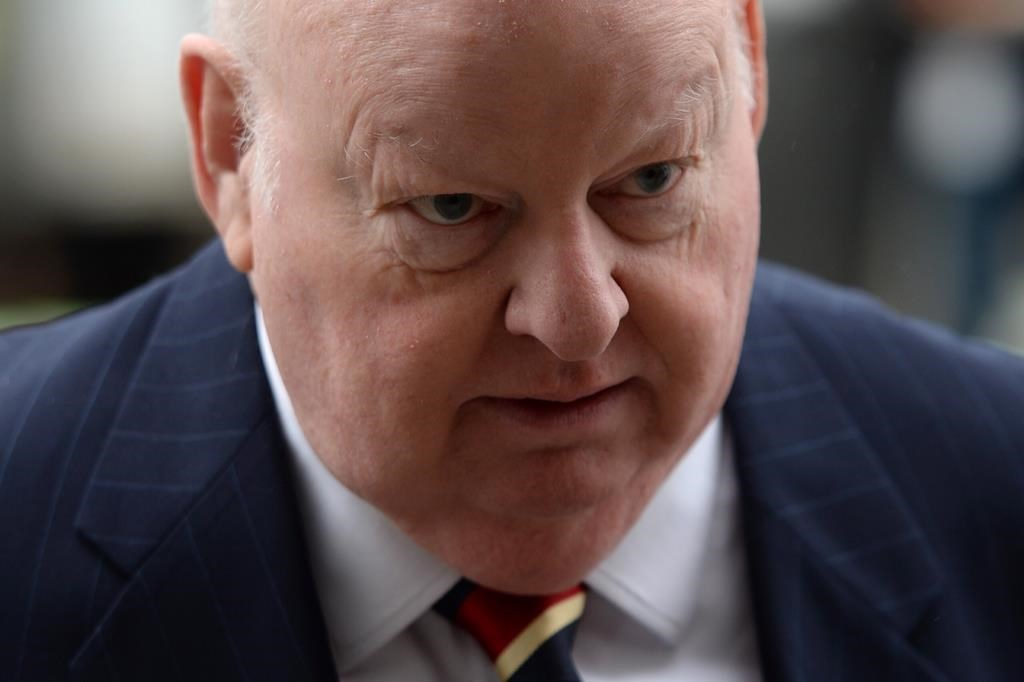 OTTAWA — Cost to taxpayer of flying Sen. Mike Duffy to Vancouver Island for a charity event organized by local Conservatives: $10,652.

That's the kind of math that is popping up in the trial of the suspended senator, as the Crown continues laying out its case that Duffy defrauded the taxpayer when he travelled on allegedly personal and partisan business.

Justice Charles Vaillancourt heard Wednesday about another charity event organized by Conservatives in the Yukon in the summer of 2009.

Two witnesses testifying by phone from Whitehorse pointed to Conservative Sen. Dan Lang as the person who initiated Duffy's visit and participation in a widely advertised food bank fundraiser.

The event raised $3,000 for the Whitehorse food bank, according to local Conservative activist Michael Lauer.

The cost of flying Duffy and his wife to Whitehorse from Kamloops, B.C. (where he had attended another event), per diems and hotels and a flight home was $8,567.

The day after, Duffy spoke at the Whitehorse Chamber of Commerce, but that event was planned after it was known he was coming to town.

"Did your electoral district association arrange or pay for Sen. Duffy's travel from elsewhere in B.C. up to the Yukon?" asked Crown attorney Jason Neubauer.

"We were not asked for nor did we pay for his travel," said Lauer, who is also the secretary of the Conservative party's governing body.

The economics of the events are not necessarily being scrutinized by the court. Instead, the focus is on whether Duffy was on legitimate Senate business, or simply attending party or family affairs with some meetings as a convenient cover.

Duffy has pleaded not guilty to 31 charges of fraud, breach of trust and bribery in connection with his Senate travel, living and office expenses.

In another case reviewed in court, Duffy flew to Vancouver over New Year's in 2012, again with wife Heather. They spent a few days with Duffy's children.

That has been portrayed by Duffy and by the younger Saxton, now parliamentary secretary to the finance minister, as a pre-budget consultation.

"This was like other pre-budget consultations that you personally attended in that the parliamentarian is canvassing from relevant or prominent business leaders from across the spectrum relevant ideas?" defence lawyer Donald Bayne asked.

The total cost of the trip was $4,464, not including the yacht club lunch the MP's father paid for.

The court also saw a copy of a 2014 email that Duffy wrote to Andrew Saxton Sr., just a few weeks before the businessman was interviewed by the RCMP about the yacht club lunch.

In the email, Duffy emphasized the merits of the meeting they held, saying he had discussed it with the prime minister and his chief of staff.

"I simply did as I was asked and followed the Senate rules as they were then written," Duffy wrote in the email, which received no response from Saxton Sr.

"There are hundreds of emails which bear this out, and which would not be helfpul to the PM if they were to come out. So I am hoping the entire thing will be declared 'political' and be allowed to slip away."

Earlier Wednesday, Vaillancourt told court that extra weeks had been reserved for the trial from Aug. 11 to Aug. 28, and then again, if necessary, from Nov. 18 to Dec. 18.

This means that witnesses including senior Conservative senators and the prime minister's former chief of staff Nigel Wright could be testifying just as the party leaders prepare to hit the campaign trail.

Already, a leaders' debate hosted by Maclean's magazine is scheduled for August.

The weeks in August became available last week, when former Liberal senator Mac Harb agreed that his own fraud and bribery trial could be postponed.