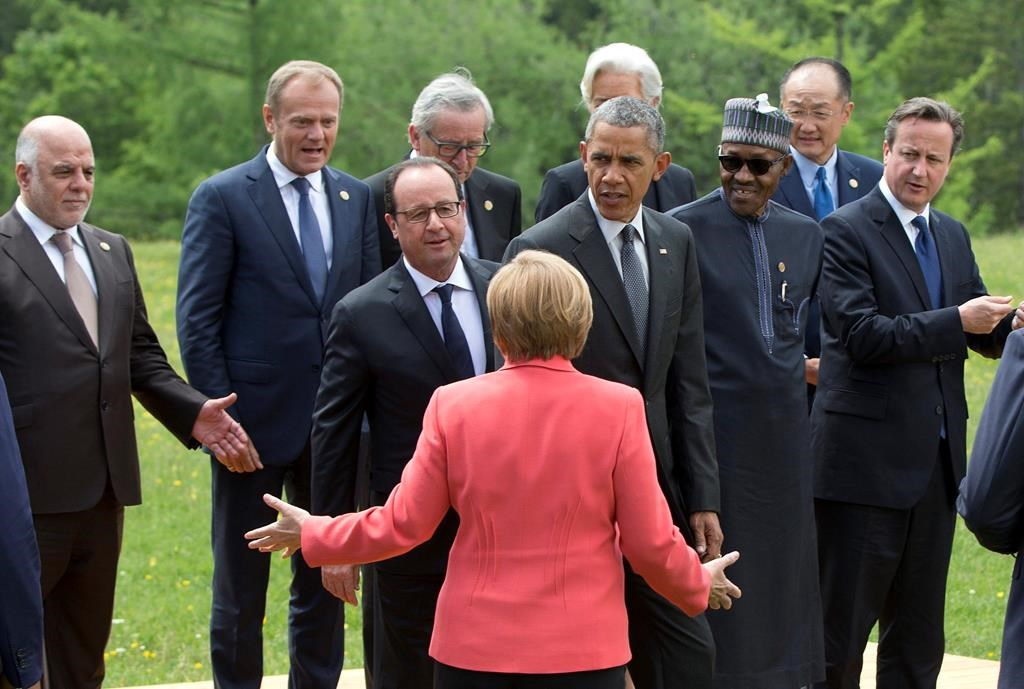 Canada is going to struggle to keep up as other members of the G7 move to decarbonize their economies.

As other advanced economies move to price carbon and scale back subsidies for the most inefficient fossil fuels, Canada’s economy continues to be skewed towards high-carbon, high-risk industries. On Monday, G7 leaders (the United States, Canada, France, Germany, Italy, Japan, and the United Kingdom) wrapped up their annual meeting by announcing the goal of making deep emissions cuts by 2050 and shifting to a no-carbon global economy by the end of the century.

The statement could be dismissed as another political puff-piece, except that a number of G7 member states are driving a shift towards the goal of more efficient energy systems. France recently announced new laws that will require the country’s largest asset owners to report on the carbon intensity of their portfolios, and Germany and the United States are leading the world in the development of renewable energy and cleantech.

Beyond the G7, China is taking steps to reduce the carbon intensity of its economy, as well as positioning its industrial policy to ensure that Chinese companies will supply the renewable energy technology and hardware required for a global energy transition.

In addition to taking advantage of economic opportunities associated with the transition to low carbon, Germany, France and the US are explicitly linking climate change to global security. Alongside the US Department of Defence, the European Union Institute for Security Studies considers “climate change as the ultimate threat multiplier: it will aggravate already fragile situations and may contribute to social upheaval and even violent conflict.”

Amidst the convergence of economic and security concerns linked with climate change, Canada remains silent. As the world changes around us, and our G7 peers adapt to a new climate reality, Canadian investors will have to respond, whether or not the government chooses to act.

However the G7’s announced fossil fuel phase-out transpires, it is clearly going to disrupt established patterns of investment in fossil fuels and other energy classes, to the detriment of many investors. In the words of Bloomberg writer Barry Ritholtz, "This is a question of industry market share, corporate profits and investment performance - not science. In the real world, climate-change deniers are and will be giant money losers.”

It is time for Canadian investors to start hedging against the end of the fossil fuel era.

As indicated in this year’s Global Climate 500 Index, only a handful of the world’s largest 500 institutional investors are aware of the carbon intensity of their investment portfolios. Twenty-one of the 32 largest Canadian institutional investors appearing in the survey received either a D or an X rating, including the Alberta Heritage Savings Trust Fund and the Ontario Public Service Pension Plan. This indicates that Canadian pension funds and other large investors are not ready for the massive shift in the global energy system that is happening.

As global governments move ahead with the transition to low carbon, it is time for Canada’s largest investors - our pension funds - to start showing leadership on managing the risks and opportunities associated with the structural changes that are already underway.

In the words of Aldous Huxley, “facts do not cease to exist because they are ignored,” and it is high time that investors stopped ignoring climate change, and acted on the financial and political realities facing high-carbon industries.