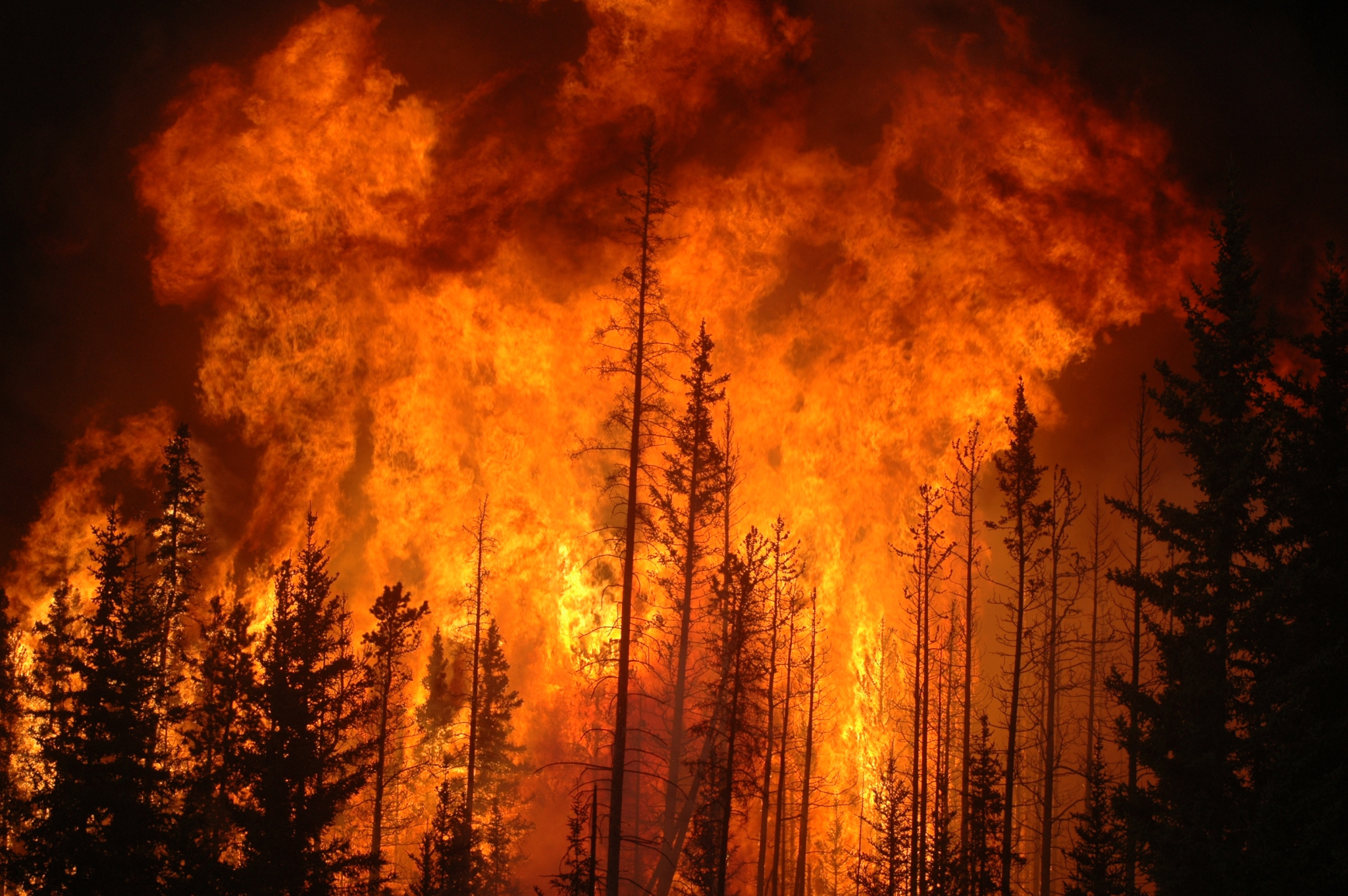 Two days ago Robert Falls woke up to an orange glow in the morning and since then it has only increased. Falls lives in West Vancouver overlooking Howe Sound, the archipelago of islands and water. On Monday he couldn't even see the water, just the smoke from hundreds of fires burning across British Columbia.

Inside his house, even with the windows closed, he can smell the smoke and outside ash is falling on homes and cars.

“I’ve lived here my entire life. I’ve never seen anything like this,” the executive director of the Centre for Applied Earth Observation, at the University of British Columbia’s Faculty of Forestry, told the National Observer.

With thick orange smoke blanketing British Columbia and mass evacuations taking place from wildfires in Saskatchewan, Canadians are getting their first real glimpse of what a hotter future from climate change might look like.

From California to Alaska and from the West coast to Manitoba, the fire season has begun earlier than anyone recalls and it’s causing problems on a massive scale.

$80-million in B.C. this year to fight wildfires

In British Columbia alone, the province has spent $80-million already this year battling the blazes. To date, 866 fires have consumed 222,000 hectares of land.

Many communities are still on alert for evacuation notices. As for the fires, right now, there’s no end in sight as the conflagrations rage on. The only thing that will get them under control is rain – and lots of it – and that relief doesn’t look like it’s in sight in the short term.

“Really, we would need a significant rain event for a number of days to come through the region,” Kayla Pepper, a fire information officer with the Kamloops Fire Centre told the National Observer.

“A number of the fires that are burning across B.C. are well over 1,000 hectares. We do have a number of fires burning from the Yukon border down to the US border,” Pepper said.

At a press conference on Monday, B.C. government minister Steve Thomson told reporters that one of the challenges is that the fires are so widespread, not just in B.C., but through Western Canada, the Territories and Washington State.

“That’s going to stretch resources,” said the B.C. Minister of Forests, Lands and Natural Resource Operations. “We’re having conditions now that you don’t normally see until later in the summer, into July and August.”

Thomson said they’ve already sent out requests for aid across the country and said the possibility of international assistance shouldn’t be ruled out.

Extreme dry conditions are to blame. John Pomeroy, the Canada Research Chair in Water Resources and Climate Change and the director of the Centre for Hydrology at the University of Saskatchewan, called it a drought.

“Drought is part of our cycle, but if we look at this from a North American context, this drought is exceptional. We haven’t seen something of this extent since the North American West was settled,” Pomeroy said.

Pomeroy said it’s difficult to attribute a single event to climate change, but opined the drought could be a result of a weakened jet stream that’s shifted and then stalled in place from warming in the Arctic Ocean.

A milder winter hasn’t helped. The Prairies rely on surface water out of the Rocky Mountains and this past winter snow pack was well below normal. Some of the precipitation developed as rain rather than snow, and mid-winter melts turned ice to water vapor.

The melt itself began a month and a half earlier than normal, peaking in May. That’s partially left water in short supply. Pomeroy notes the Bow River at its mouth is roughly 10 per cent of its normal flow at this time of year.

But irrigation has played a role as well. The water extracted for farmers to irrigate their lands has helped drain the river.

Pomeroy mentioned that on the prairies farmers are already selling off their cattle because of a lack of feed caused from the drought. “The price of hay and all that has gone through the roof.”

A glimpse into future climate conditions

With climate change, he said they would expect those fires to be potentially greater in area with more fires. “On the other hand, we can’t say that this year is because of climate change, but it is consistent with what we might expect.

“We’ve done work in the past that suggest that this is the kind of year we’d need to be prepared for. Here we have an opportunity to get a view of the kinds of conditions we might expect to become more frequent.”

Still, he notes it’s an open question as to whether this year is one big anomaly or whether it’s what people should expect as closer to normal in the middle of the 21st century.

“We’re committed to more of these kinds of years going forward in the future in all likelihood, so we have to ask ourselves what does that mean for where we live?”

Chris Carlsten, an associate professor of medicine and the Endowed Chair of Occupational and Environmental Lung Disease at UBC, said he hoped the fires would be an eye-opener. “Looking at downtown Vancouver, people have never seen it like the way it looks today with the smog. It really looks like these images of Beijing and other cities they never thought it would be the case here.”

Carlsten noted that Canadians are fortunate to have good air quality, but that we could lose it if we’re not careful.

“We’re seeing some signs of what can happen if we don’t act more aggressively on climate change and other global public health issues.”

Mychaylo Prystupa interviews forestry experts and speaks with a variety of people about wildfires in British Columbia.