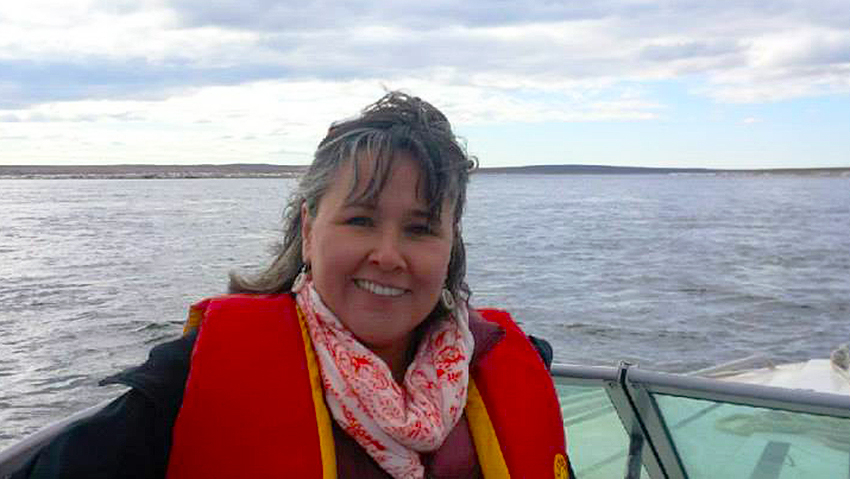 Canada's federal environment minister’s decision not to represent the country at The Climate Summit of the Americas this week in Toronto raised the question: how did she spend her time instead?

What was so important that kept Leona Aglukkaq, an Inuk environment minister —the first ever to be appointed to a federal cabinet role — away from those talks?

It seemed strange that she wouldn't feel an extra special responsibility to address the challenge of climate change, given that her own Inuit family, neighbours and constituents live in the fastest warming region on the planet —the high Arctic.

After all, the Inuit are experiencing firsthand how rapidly global warming is melting multi-year sea ice and altering polar bear and seal habitat.

But after repeated attempts to ask Aglukkaq about her decision not to show up for the important climate conference, the Minister of the Environment's office said, "We’ll politely decline the interview request."

The Harper Conservative minister had more important business in her Nunavut riding that would keep her away from the Toronto climate change summit, which was attended by Al Gore and the former president of Mexico, her office said.

But her Facebook page shows, just as the 300 international dignitaries were arriving Tuesday at the summit to map out urgent solutions for a global low-carbon economy, Minister Aglukkaq went boating, among other pleasurable activities, 2,500 km away. She's seen on July 7 cruising around Baker Lake, posing in front of an inuksuk, and glad-handing several northerners.

Officially, Aglukkaq's office said the minister needed to “celebrate the creation of Nunavut and the culture of Nunavummiut.” That seemed reasonable, until you cut the blubber from the beluga meat.

Turns out, Nunavut Day has been celebrated annually for 22 years, ever since the Nunavut Land Claims Agreement and Nunavut Act were signed. So what was special about 2015’s celebration? Her political rivals could only speculate.

“She's electioneering. What else?” laughed former Liberal Member of Parliament, Jack Anawak, 64, from Iqaluit on Thursday. “Nunavut Days come and go. We celebrate it every year. I don’t think she would’ve been missed that much."

“It’s not a matter of priority for her to attend Nunavut Day… the climate is changing —and those are the kinds of discussions that we'd like the government of Canada trying to reverse."

But Aglukkaq had other announcements to attend. During her northern tour, she gave a key gymnasium speech last week, attended by some 150 voters. Her talk was about the "official opening of Ukkusiksalik National Park” in Naujaat, her Facebook states.

But the national park has been open for 12 years, according to Parks Canada. It was created by the Liberal Chrétien government.

The only thing new about the park, says Anawak, are new environmental protective measures “that could’ve been put in some time ago” but were delayed for this photo op. He added the measures could have come sooner too, with all the diamond mine exploration going on. No comment as yet from Minister Aglukkaq's office.

Meanwhile, it’s not as though the Arctic MP didn’t have advance warning about the Climate Summit of the Americas.

In December in Peru, Ontario’s Minister of the Environment and Climate Change, Glen Murray, invited Aglukkaq to come to Toronto for the three days of international talks that ended Thursday and were held in association with the city's Pan Am Games.

Last week, Minister Murray was initially polite about her not coming, refusing to call it a snub. But in a later press statement (and after a disappointing report showed Ontario will be hard pressed to meet its own year 2020 climate target), he became more polemic:

"It speaks volumes that Stephen Harper has refused to send anyone to this week’s historic Climate Summit of the Americas in Toronto."

“When I looked back at my childhood, I fished salmon from the Yukon rivers. It was very bountiful and plentiful. And within 30 years, they’ve disappeared from our waterways."

"And I’m absolutely positive climate change had an impact on that,” Atkinson said from Whitehorse on Thursday.

Aglukkaq defends her northern tour away from climate summit

"It is both unfortunate and completely unacceptable that the NDP and the Liberals would stoop to such a low that they would actually attack the Minister for being with her constituents on Nunavut’s most important day of the year – a day that marks the anniversary of the 1993 Nunavut Land Claims Agreement."

"The Minister makes no apologies for standing up for the history, culture and identity of Nunavummiut," wrote spokesperson Shane Buckingham on Tuesday, as the climate summit began.

Long-time Inuk politician Pitta Irniq said from Ottawa that the minister's moves "shows Conservatives don't care about climate change." He said growing up, he seldom could recall a summer with temperatures above 15 degrees Celcius in Rankin Inlet. In recent times, it hit a record 29 degrees in July.

“Climate change means ice doesn’t freeze as thick as it used to. So Elders, who are very use to living off the land, they have difficulty of knowing the thickness of the ice… nowadays, you can fall through the ice very easily,” Irniq said.

In February, NASA reported that the Arctic’s "maximum extent sea ice" in 2015 (the ice that extends to its greatest reach in winter) was the smallest they've seen on satellite images since records began in 1979. Scientists and the US Navy have also predicted that the north pole will be ice free in the next decade or so. This would be the first ice free summer at the top of the planet in millennia, say experts.

Scientists fear the Arctic could be reaching a "tipping point" whereby the fast melting region could trigger runaway global warming with the melting of methane-rich permafrost, and the warming of darker ice-less seas. The year 2014 was already recorded as the hottest global year on record, said NASA.

In May, Minister Aglukkaq announced Canada's revised climate target, to reach for 30 per cent below 2005 levels by 2030. Notably, her "sector by sector" regulatory approach for tackling global warming omitted carbon dioxide emissions from Alberta's oil sands. 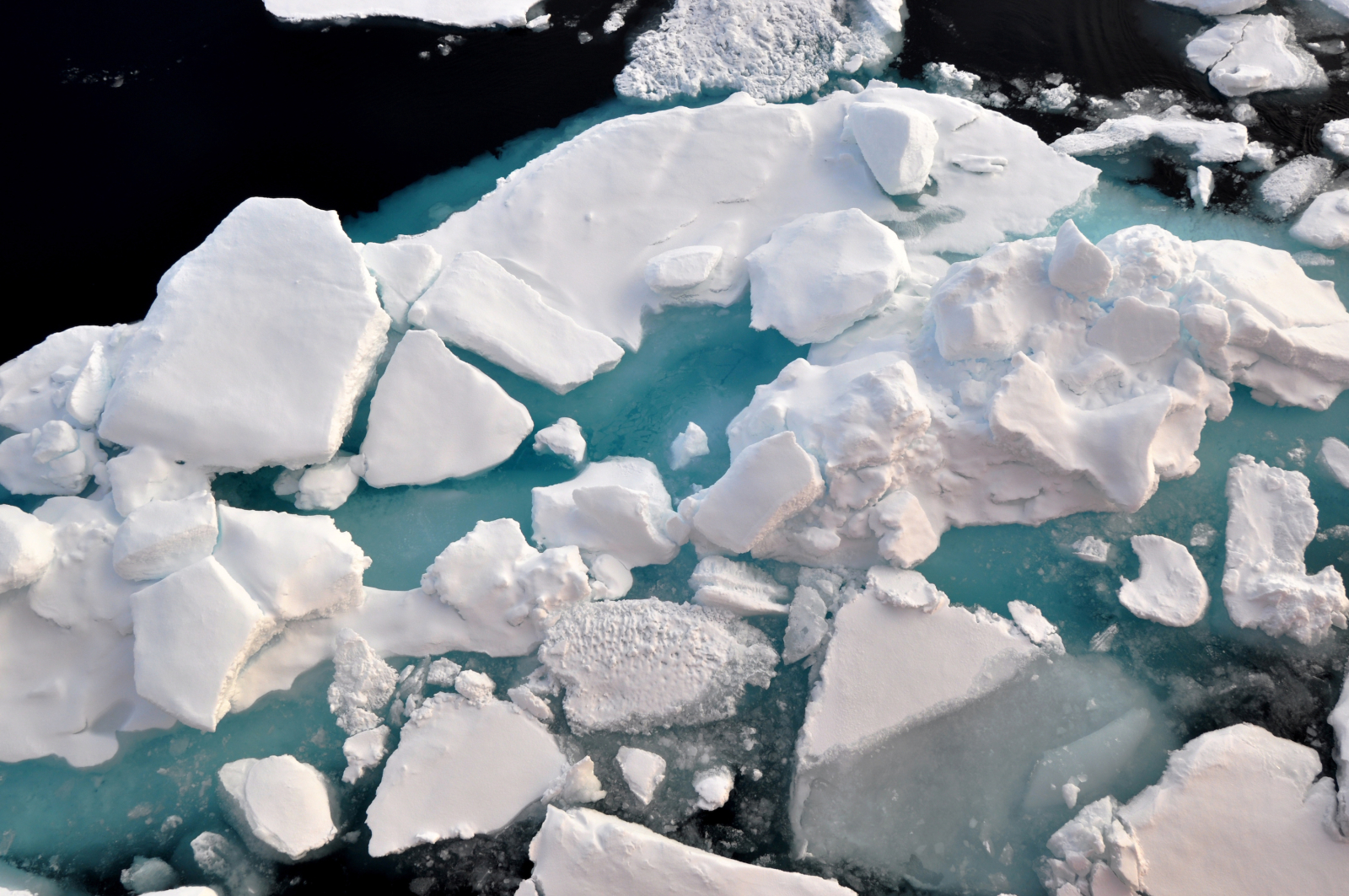 An ice floe slides down the starboard side of the U.S. Coast Guard Cutter Healy August 2009.