Winnipeg: decolonization and being a good ally

By Carrie Saxifrage | Opinion | July 27th 2015
#4 of 15 articles from the Special Report: The Climate Innovator Next Door 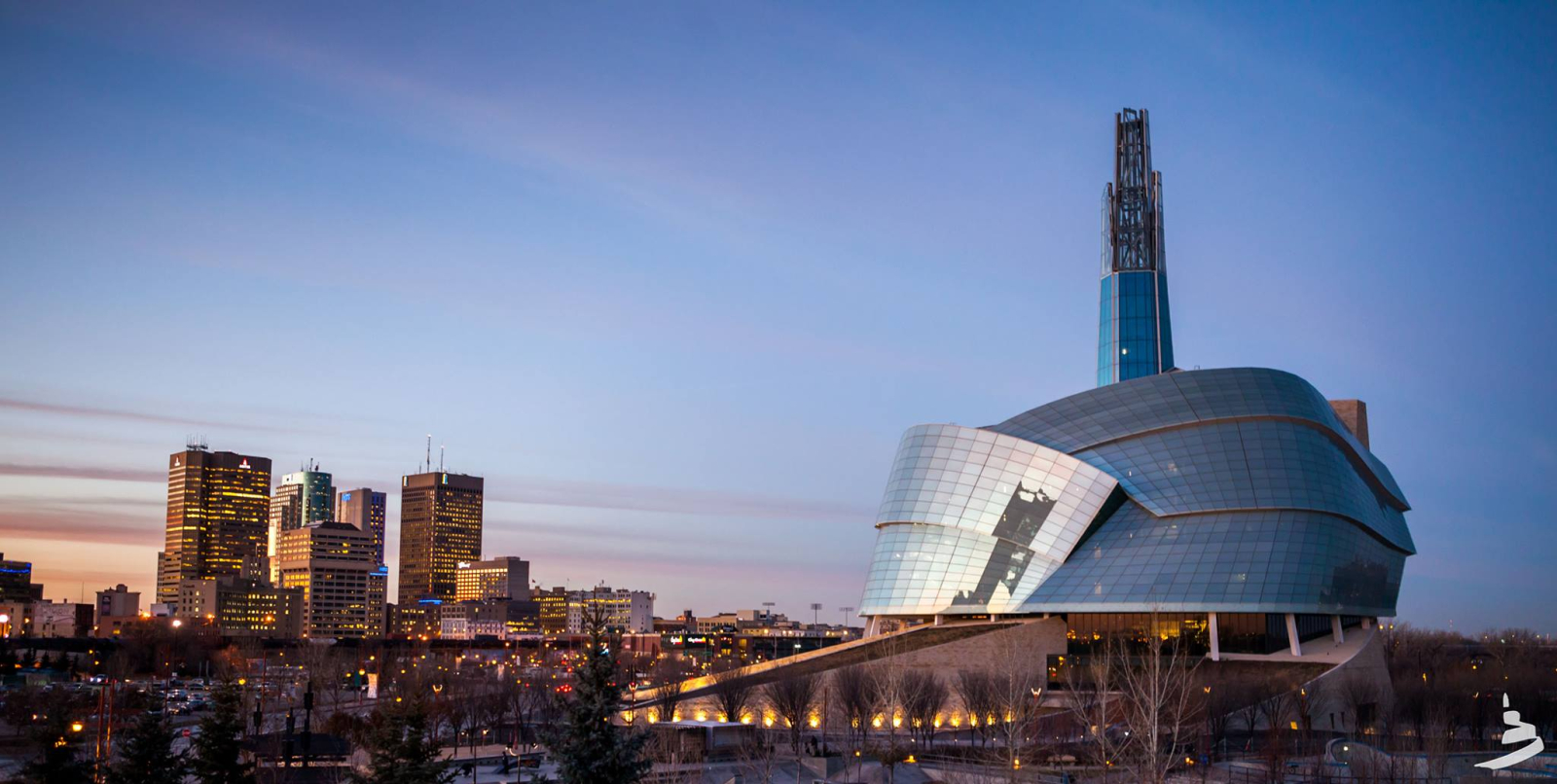 “You don’t need to be inspired, you don’t need to care, you just need to say, ‘I will help you make that poster.’ If you don’t find something that wakes you up there, okay. But if you do, isn’t that wonderful? You changed your life and you get to do great things for the world.” - Mary Robinson, Council of Canadians, Winnipeg

The declaration by Maclean's magazine that Winnipeg is Canada’s most racist city mortified many residents, especially those who, for years, have been working at decolonization and how to be a good settler.

There’s a sense that people have to solve these problems themselves, in the absence of institutional action—as with Drag the Red, a volunteer citizen effort to find the drowned bodies of murdered Indigenous women in one of Winnipeg’s main rivers.

The anarchist I met on the bus out of Winnipeg might see this as an example of people waking up to personal responsibility, from a sleep caused by the mistaken assumption that government institutions want to solve deep injustices. The Winnipeg activists I met seemed especially awake to the need for personal engagement in difficult, systemic issues.

I met Mary Robinson, Chair of the Winnipeg Council of Canadians, over coffee at The Forks, an ancient meeting place for First Nations and now an appealing tourist mall. The Council gives strong support to Indigenous efforts to protect land.

“I agree with what Clayton Thomas-Mueller says,” Mary told me. “Our treatment of the earth is connected to our treatment of women. Plowing down the earth for pipelines is connected to murdered and missing women. We can’t just be involved with the one issue of whatever opened the door to us because that is only one of the justice issues First Nations face.”

Mary takes pride in the diversity of people that the Council collaborates with – Indigenous, church and social justice groups, as well as other environmental organizations. She sees numerous points of entry into climate action.

For example, the Manitoba Energy Justice Coalition (of which the Winnipeg chapter is a core member) held a town hall meeting about the Energy East Pipeline in St. Norbert, where a TransCanada natural gas pipeline exploded in 1996.

“A ton of people signed up to become involved,” she said. “Their concern about a pipeline blowing up will bring them into the zone of concern in which climate change can start to matter.”

How to get a life

When I asked her about her own entry into activism, she told me her story.

“I was an unhappy person in an unhappy marriage, and not in a place to care deeply about anything," she said. "I just needed to find something to pull me out of the bad place I was in. I was still a practicing Catholic at that time and at mass one Sunday a person from Water Watch gave me a pamphlet about Winnipeg’s plan to contract out our water and wastewater plants to a multinational corporation.

"I went to the Council of Canadians meeting and found really interesting people there, and stuff that needed doing. So I joined.

“I like to tell this story because you don’t need to be inspired, you don’t need to care, you just need to say, ‘I will help you make that poster.’ If you don’t find something that wakes you up there, okay. But if you do, isn’t that wonderful? You changed your life and you get to do great things for the world.”

Are we dying yet?

One of the "really interesting" people that Mary met at that first Council of Canadians meeting was Michael Welch, a lean and carefully articulate man who I met later that day at the University of Winnipeg radio station where he broadcasts the Global Research News Hour. Over lunch at Stella’s, I asked him how he became an activist.

“I had concerns about environmental crises and some of the other large concerns facing humanity going back to the mid 80s,” he said. “At the beginning of the century, I found many other voices speaking out about these things online. I assimilated that sensibility and gradually became more and more active until it became a part of my lifestyle.”

Through the years, he’s watched the turnout for environmental events ebb and flow. “I think that people are becoming mobilized in different ways, through social media. There’s definite progress in terms of recognizing the Indigenous reality, not just in terms of the surface layer of a specific dam or mining project but this deeper need to understand and respect one another.”

Michael’s resilience comes in part from participation in First Nations ceremony. “I’ll enter into communities that have invited me to sweats and fasts. That’s made me more mindful of what my motivations are — am I trying to be some kind of a hero, or am I trying to become part of a body that is going to find its own way for better or for worse? It’s a shift for me, one that allows me to struggle but not burn out.”

Regarding climate change, Michael agrees with climate writer Guy McPherson’s viewpoint, that we’ve passed too many tipping points and have entered the period of runaway changes to the Earth’s atmosphere.

“The question is how the human race can gracefully die,” he said. (Although, in its most recent report, the International Panel on Climate Change stated that we have the technology we need to stay below 2°C, which is considered the point of no return by most scientists.)

Learning how to be a good settler

That evening, I attended a “decolonization group” of eight women, most of whom were in the process of obtaining advanced degrees. They didn’t want to be interviewed or named (thanks, Bill C-51, for that chilling effect) as they discussed how to support Indigenous activists in blockade camps with food and clothes, and where to house activists when they came to the city for negotiations.

“We just need to ask people what they need in the moment,” one said.

Another lamented that there wasn’t a broader understanding about the importance of First Nations' culture in the larger resistance to Prime Minister Harper’s plans for Canada.

“How do you get through to people who have no understanding of their own privilege?” she asked.

A friend dropped me off at the Greyhound station for the night bus to Sault Ste. Marie. The bus was full. A thirty-something man with reddish hair under a camouflage cap, taped-up glasses and an iPhone sat down next to me in the apologetic way of someone who understands how much you’d prefer to have two seats to yourself on an overnight ride.

He pulled a book about decolonization out of his shabby pack. “What are the odds of sitting next to another decolonization advocate?” I wondered. I tried to read over his shoulder, and we struck up a conversation.

I asked him his view on climate change. “People aren’t going to do enough until it’s too late,” he said, adding: “if it isn’t too late already.”

So now he lives on a reserve, learning how to trap, fish and gather wild rice.

In his view, the federal government is completely unable to take care of people or the Earth and in fact creates great harm by giving the illusion that it can. He doesn’t think that climate change or social inequities can be solved by voting because these issues require a much higher level of personal responsibility. So he supports local, nongovernmental efforts and expects hindrance — not help — from governmental institutions.

He mentioned that he is an anarchist. I’d never met an anarchist, so I asked him to tell me more. Later, I found the gist of his explanation in a quote by the anarchist scholar Simon Critchley:

“One might say that contemporary anarchism is about responsibility, whether sexual, ecological or socio-economic; it flows from an experience of conscience about the manifold ways in which the West ravages the rest; it is an ethical outrage at the yawning inequality, impoverishment and disenfranchisment that is so palpable locally and globally.”

I had viewed anarchists as thugs after the video footage of anarchists throwing dumpsters through windows during the “Battle in Seattle,” the first massive anti-globalization protest. But this intellectual didn’t fit my stereotype. In fact, I felt relieved to be speaking with someone who, like me, believes that we each bear personal as well as political responsibility for the great injustices of climate change.

“I don’t disagree,” I told him, “But what about the anarchists who destroy property? A lot of creative, peaceful protest occurred at the Battle of Seattle but the image of anarchists throwing a dumpster through the window of a Starbucks dominated the news. It gave the anti-globalization movement a violent face that it doesn’t deserve and alienated a lot of us who don’t believe in destruction of property.”

“Only a subset of anarchists, the Black Block, are responsible for actions like that,” he replied. “You might want to consider those actions as a statement about what the multinational corporations are doing to the rest of us.”

After that, I dozed off and only woke up as he got off the bus. “I’m glad I got to sit next to someone who thinks reasonable thoughts,” he said, leaving me the luxury of two bus seats to sleep in as the bus headed east through the night.

Carrie Saxifrage has written for the Vancouver Observer since 2006. Jade Colbert of The Globe and Mail called Carrie’s new book, The Big Swim, “a fine balance between the ecstatic and the level-headed.”