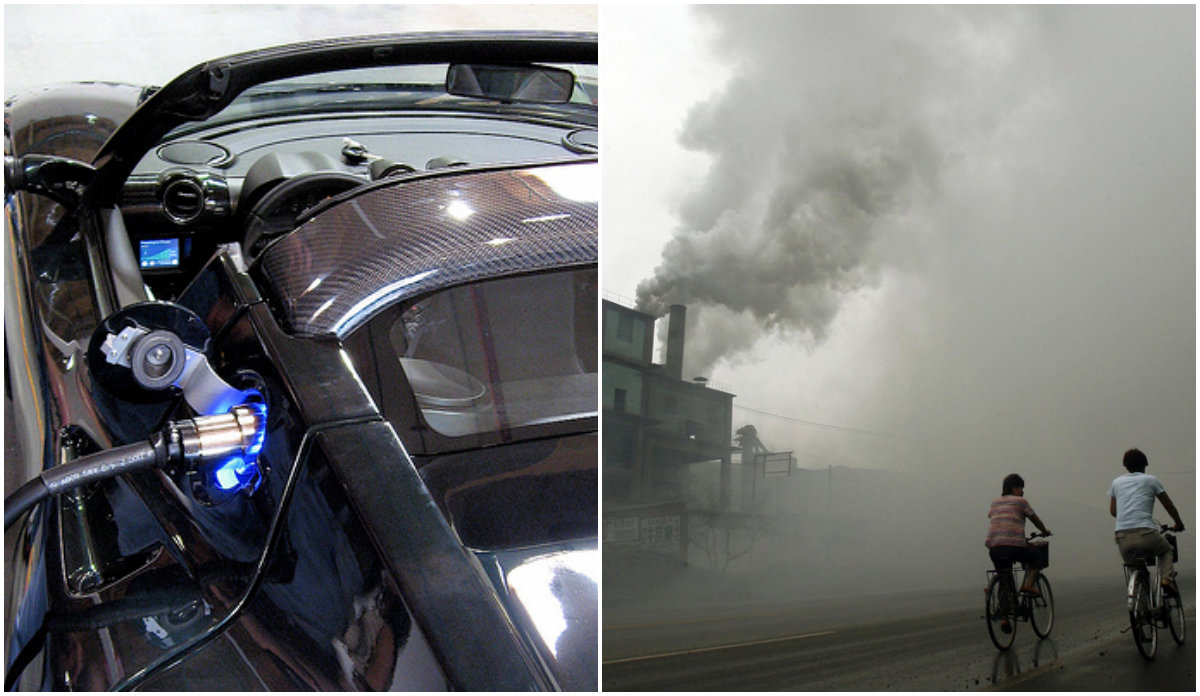 You may have a "green" car, but it could be causing black rain in China from the graphite mined and used in its lithium ion battery.

Two academics at Toronto's York University, Carla Lipsig-Mumme and Caleb Goods, applaud many of the new advances in green technology in recent years, but at the same time warn that those very technologies may come with a host of environmental issues.

The pair issue a caution about “superindustrialization” in which the answer to climate change is a matter of “technological adjustment.”

In an article recently published in The Conversation and picked up by the Davos World Economic Forum, the authors advise that solutions like electric cars — while important — may not be as green as their branding suggests.

Of particular concern is the graphite used in the lithium-powered batteries. Cities in China report black rain because of the huge amounts of graphite dust from mining that pollutes the air.

“I think the final product is exciting,” Goods said, “but some of those consequences further up the production line we miss, and how that’s going to work when you’re producing millions and millions of these units I don’t think are being thought about.”

Greening the world of work

Lipsig-Mumme, a professor of work and labour studies, is leading two multi-year projects on greening the world of work. One is titled "Adapting Canadian Work and Workplaces to Respond to Climate Change," while the other is "Work in a Warming World."

Both projects examine a wide range of technologies and labour processes. The researchers hope to identify key sites in the production of goods, services and resources where carbon may be reduced while involving groups such as labour unions and professional associations who can help transition the work-place toward a low-carbon profile.

“Labelling some technologies as green, without considering the quality of the labour processes which produce the technologies, or the ways in which the technologies operates, struck us as an ironic contradiction which deserves to be explored more fully,” Lipsig-Mumme said.

Currently, green technologies are defined as green only in terms of the uses to which they are put, according to Lipsig-Mumme. “For a technology to be seriously considered ‘green,’ the processes by which the tech is produced and the ways in which it operates, must also be ‘green.’”

A post-doctoral research fellow from Australia currently working Lipsig-Mumme at York, Goods said he recently heard former U.S. vice-president Al Gore in Toronto a couple of weeks ago talking about how he didn’t see a contradiction between growth, economy and the environment.

“I would completely disagree,” Goods said. “I think there’s a huge contradiction between what the economy is seeking to push toward and growth and also the environmental limits to where the planet is heading. I think that conversation gets pushed aside pretty quickly.”

The authors argue that contemporary capitalism isn't sustainable over the long term, so a shift is necessary in the way we carry out our work. Goods said people need to connect their daily work with the environmental impact that work may have, and then think about how it can be made more sustainable.

On the consumer side, it may be necessary for people to become more critical about how and where and in what manner goods are produced; on the manufacturing end, companies need to begin to anticipate those questions.

Part of Lipsig-Mumme and Goods’ research is to spark those kinds of uncomfortable conversations.

In their publication, the academics cite Elon Musk’s new battery technology – the inexpensive Powerwall storage battery – as an exciting advance because it will potentially help decrease the cost of battery energy storage while making electric vehicle ownership more affordable.

At the same time, they point out an electric vehicle powered by average European energy production will likely reduce a vehicle’s emissions by 20 per cent over its life cycle. The authors note while that is not insignificant, it is nowhere near a zero-emission option.

As well, vehicles – electric or otherwise – generate more than three million tonnes of scrap and waste annually, and the infrastructure associated with growing vehicle use, particularly roads, significantly contribute to ecosystem destruction, the authors argue.

Goods said he’s not anti-technology, but that people need to begin to think about these inter-connected challenges and try to come up with a way of solving problems that doesn’t just involve sticking another new technology on top of them.

Lipsig-Mumme and Goods observe in their article that the workplace is critical for emissions reductions. Eighty per cent of Europe’s emissions are workplace-related.

“As we adopt greener technologies, we will have to look beyond our shiny new Powerwall, or the electric car parked on the front drive, to ensure that the environmental and social changes promised by green technologies are not just illusions,” the authors conclude.