By Carrie Saxifrage | News | July 31st 2015
#5 of 15 articles from the Special Report: The Climate Innovator Next Door 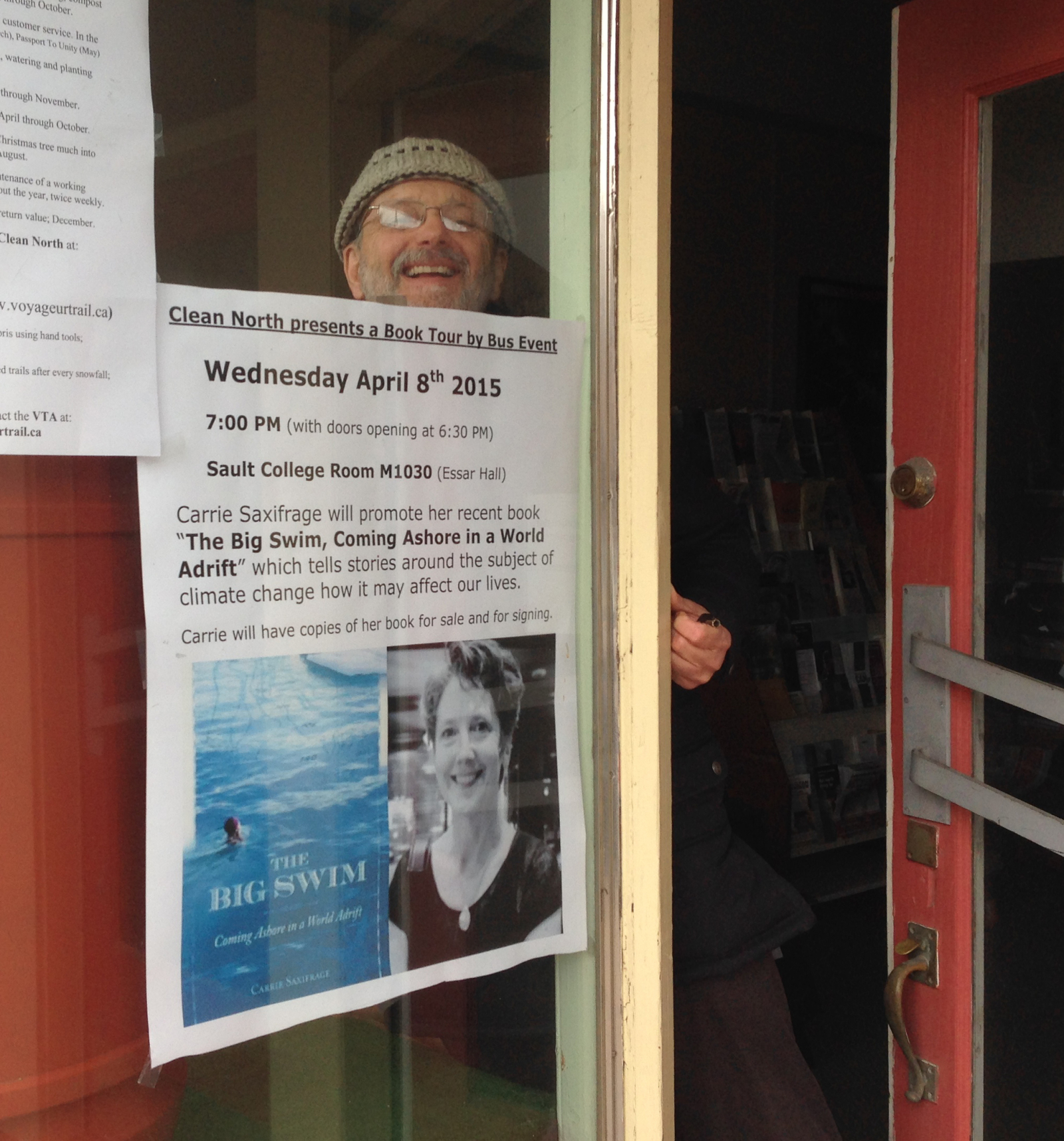 With decades in the environmental and back-to-the-land movements under his belt, David Trowbridge is still a beard-and-Birkenstocks man. He's the Chair of Clean North, which promotes green living in Sault Ste. Marie, Ontario.

Having made the classic spiritual pilgrimages of the baby boomers, he found practical ways to bring alternative ideas into the mainstream. Inspired by Helen and Scott Nearing, who advocated simple living and political engagement, he helped found Willing Workers on Organic Farms (WWOOF)in the UK in 1972.

A longtime resident of Sault Ste. Marie, Ontario, he’s the guy at public meetings that has meticulously measured air quality over the years and presented clear data to the decision-makers.

He’s zealously curious. “I toured the Mother Earth News office once,” he told me. “It just seemed like such an important thing.”

We both think that George Marshall’s new book, about communicating climate change through stories, is terrific. It inspired David to organize my reading of The Big Swim at Sault College.

One press release about the reading amused us in the way it so aptly captured the overlap between Marshall’s book and mine: “Not Interested in Climate Change? This may be for you.” And we both like Laphroaig scotch, which he brought down from a top shelf for a comfy chat into the night following the reading.

David’s awareness of climate change was galvanized in the 1980s by The Guardian, a UK newspaper with some of the world’s best coverage of the issue.

“I found it hard to absorb,” he said. “It’s huge, like astronomy. But as an engineer, I can see on CO2 graphs how the increase in temperature parallels the increase in CO2 over the years. The changes are gradual, and yet dramatic.”

I asked him how he remained resilient over his forty years of environmental activism. “You spend time in nature,” he said. “You realize that it is a very restoring environment.”

That sense of restoration comes with the cost of understanding what is happening out there. When trees get cut, David feels it. “It’s almost like they’re cutting me,” he said. So, ever practical, he’s working on a tree by-law for the City of Sault Ste. Marie - although so far the City has prioritized liability over tree protection.

“You get these pragmatic considerations that don’t consider what is really valuable,” David said.

David isn’t necessarily optimistic about the climate predicament. “Is this a slow progress to the extinction of our species? If you carry it to its logical extension, that seems to be a reasonable assumption,” he said. “The best way thing we can do to reduce our CO2 emissions is to stop breathing but we wouldn't get many volunteers, so at least we can stop our current life style. Many of my colleagues drive a $30K truck that they think they can’t do without. We need to question that norm.”

Authors like Schumacher, Carson and, more recently, Monbiot and Klein, keep him going. He kindly included my book in his list.

“That’s why I jumped in with both feet to host a reading,” he said. “It’s easy to do and climate change has come up in the media in the last little while because of your visit here.”

Carrie Saxifrage has written for the Vancouver Observer since 2006. The Kirkus Review described Carrie’s new book, The Big Swim, as “a soulful and sobering memoir of climate change and personal responsibilities.”