By The Canadian Press | News, Politics | August 11th 2015
#8 of 50 articles from the Special Report: Duffy's Redacted Diary
Fund this Report 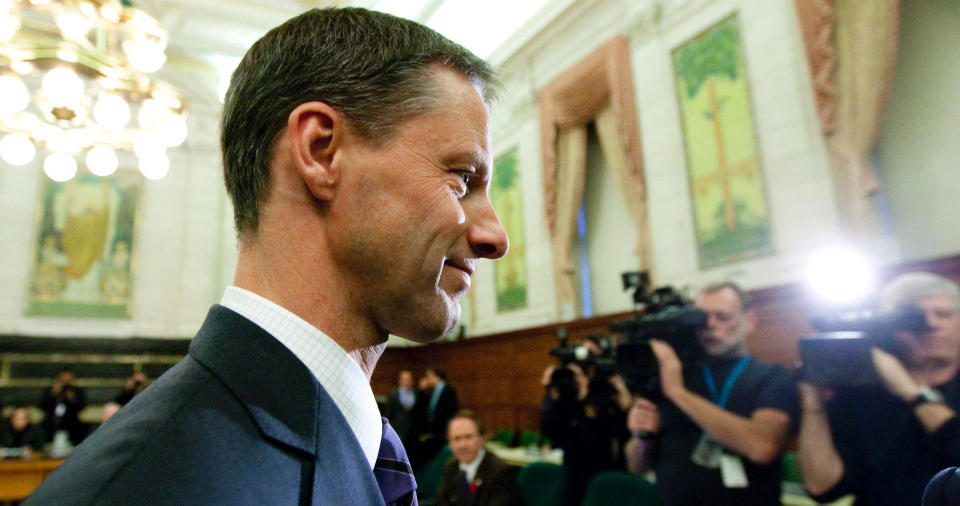 OTTAWA — Nigel Wright, Stephen Harper's former chief of staff and the man who provided Mike Duffy with $90,000 to repay his disallowed expenses, takes the witness stand Wednesday at the embattled senator's trial. Here are five things to keep in mind going in:

1. Duffy faces three charges related to the $90,000 payment: fraud on the government, bribery and breach of trust. Peter Sankoff, a law professor at the University of Alberta, says those three charges in particular are going to be very difficult for the Crown to substantiate. Sankoff says the three charges also depend on legal factors that have nothing to do with Stephen Harper, which is why the prime minister has not been called to testify.

2. How the trial will play on the campaign trail. Conservative Leader Stephen Harper is expected to be in northern Canada this week as his former chief of staff takes the stand. His critics, in particular NDP Leader Tom Mulcair, have accused him of trying to escape the media scrutiny that will come with the trial — difficult, to say the least, considering the fact he has journalists travelling with him, all of them with internet access. Wright's testimony also provides the NDP and Liberals with an opportunity to raise additional questions about what was happening inside the Prime Minister's Office under Harper's watch.

3. Wright was never charged by the RCMP. In 2013, court documents filed during the RCMP investigation, investigators lumped Wright and Duffy together in their allegations of "bribery, frauds on the government and breach of trust." In April 2014, however, police said they had no evidence to support charges against Wright. "My intention was to secure the repayment of taxpayer funds," the former chief of staff said in a statement at the time. "I believed that my actions were always in the public interest and lawful. The outcome of the RCMP's detailed and thorough investigation has now upheld my position.''

4. Wright's testimony will be a new window into the Duffy affair. Wright has lived his life outside of the public eye for nearly two and half years. His testimony will be an opportunity for him to present his side of the story in greater detail than ever before. Wright has maintained he gave Duffy the money to ensure taxpayers were not on the hook for the senator's contested expenses. His testimony could provide additional context on what led to the $90,000 transaction.

5. Wright has maintained relationships with Conservatives. A number of prominent Tories, including the Speaker of the House of Commons, celebrated Wright before he returned to the private sector last year. In public, Harper said Wright was responsible for "deception" and suggested the former chief of staff had been dismissed, although it was never made clear. Other Tories, including junior minister Maxime Bernier, Democratic Reform Minister Pierre Poilievre and current campaign chairman Guy Giorno, attended a private gathering before Wright left Ottawa to return to London, England, to work for the private equity group, Onex Corp.

In the shadow of Mike Duffy corruption trial, Harper stumps for more years in office