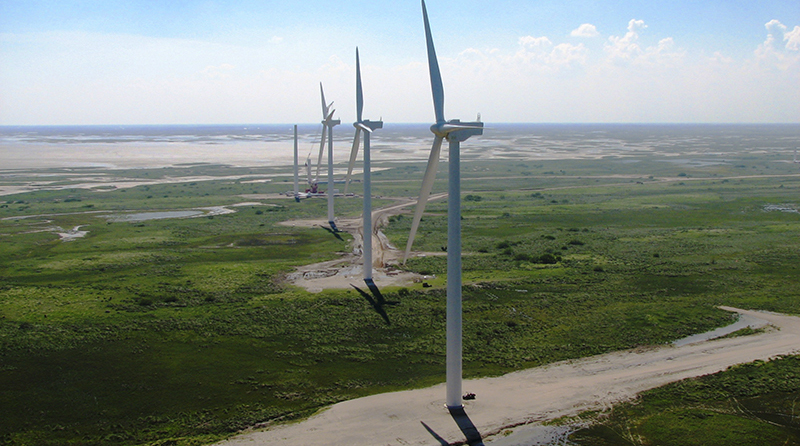 CALGARY — From megawatts to the size of rotors, everything about wind turbines has been getting bigger.

But even proponents of wind power say they may be reaching a limit as logistics and a lack of social acceptance over their size start to hinder growth.

San Francisco-based Pattern Energy Group Inc recently announced it will be installing 61 GE turbines at its Meikle wind project in British Columbia capable of generating between 2.75 and 3.2 megawatts of power. At 180 megawatts, Meikle will be the largest wind project in the province.

The 2.75-megawatt turbine rotors will be nearly 60 metres long, while the tower to hold the rotors will stand at 110 metres. That means the tip of the blades will reach 170 metres high, or a little taller than the tower on Montreal's Olympic Stadium. GE says they're the biggest publicly planned wind turbines in the country.

These latest turbines dwarf those of 30 years ago, when the average turbine had a diameter of 15 metres and pumped out all of 50 kilowatts.

Robert Hornung, president of the Canadian Wind Energy Association, said this evolution in size has been critical for the industry's growth because it allows for more energy to be captured more efficiently.

"Generally, the further off the ground you get, the better the quality of the wind resource. It's more consistent, it's often stronger, which means there's more energy to capture out of the wind."

He said because wind turbines have become more productive, they can also operate in more places.

While the sheer size of the newest turbines are the most noticeable advancement, Hornung said every aspect of the technology has been improving, including rotor shape, the use of carbon fibre for lighter blades, and the ability to rotate the blades automatically to capture as much wind as possible.

That kind of progress has helped make wind the most installed form of energy in Canada in the past five years and driven the cost of constructing wind turbines down by 50 to 60 per cent, said Hornung.

Ward Marshall, director of business development at Pattern Energy, said equipment and computer modelling to optimize the use of that equipment have led to dramatic improvements in performance.

"You have the ability to get all the oink out of the pig," said Marshall.

But while the latest turbines will allow Pattern to capture more energy, Marshall thinks they may be reaching a limit.

"There's always this issue of how big is too big."

The logistics of actually getting massive turbines to site are getting more complicated, especially in hillier areas of B.C. and Quebec, said Marshall.

Some turbines are being designed to be built more on site, but that adds to costs, said Marshall.

There's also the problem of social acceptability and public resistance to large towers on the landscape, said Hornung.

"In essence, how big can you build in an area where people are living?"

But so far those challenges haven't stopped Canada's wind capacity from growing, with more than 10,000 installed megawatts today compared with about 300 megawatts in 2003, said Hornung.

"It's demonstrated that it's truly a mainstream technology at this point."