The visions of Frances Deverell

By Carrie Saxifrage | News, Culture | August 11th 2015
#6 of 15 articles from the Special Report: The Climate Innovator Next Door 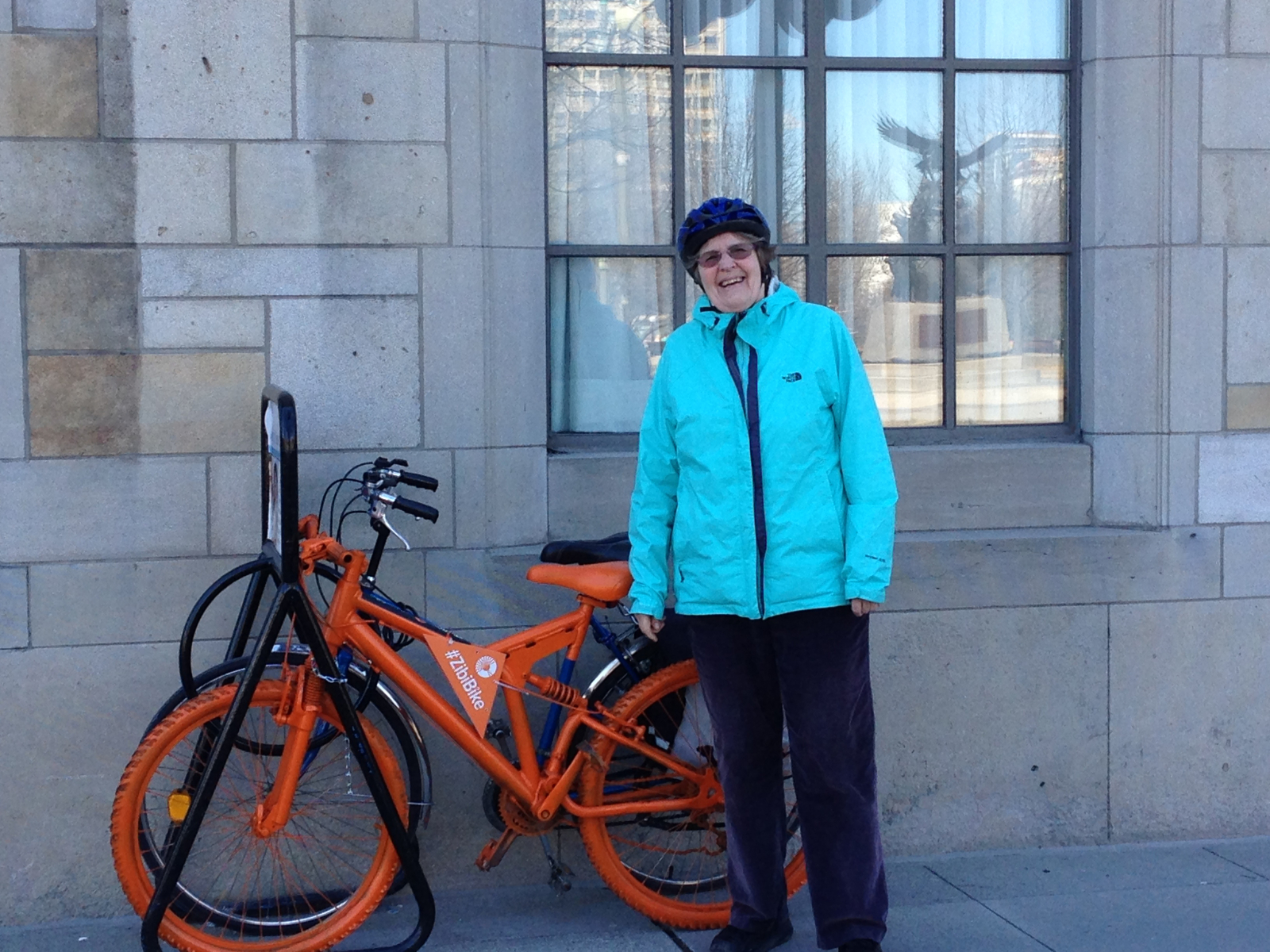 Frances Deverell is a recently retired Unitarian minister, and when she speaks she slightly prolongs vowels with a minister’s oratorical cadence. A hearty woman who bikes everywhere, she has a vision of distributed renewable energy systems.

In 2011, she helped prepare a brief in opposition to nuclear power to present to the Darlington Commission on behalf of Canadian Unitarians for Social Justice. While some people were arguing that increased nuclear energy capacity was necessary because it has less greenhouse gas emissions than coal, Deverell and her colleagues disagreed.

“We concluded that nuclear power was not the answer,” Frances told me. “It was very expensive and not nearly as GHG-friendly as people claim.”

They wanted to use the report to advocate for renewable energy but, at that time, Frances couldn’t find a single source document that confirmed the possibility that renewable energy might be capable of sustaining something close to current lifestyles.

A "social gospelist" with a vision of a better world

"I could see how, all of a sudden, instead of a few guys having all the power, energy will come from smaller, more intimate renewable energy projects designed for the local ecosystems — wind, solar, water, and others. Everyone will help produce it."

Now, Frances feels vindicated by numerous reports that state reaching the goal of 80 per cent renewable energy by 2050 is feasible.

“They are telling us, ‘Of course we can do it, there’s no reason why not.’ I see the world catching up to my vision.”

Most of Frances’ career was spent in organizational development. Now she paints, and works for social justice through a number of community groups.

“My passion has always been social justice,” she told me over lunch in a downtown Ottawa hotel across from City Hall where she had just attended a meeting. “I’m a Unitarian because we think that belief leads to action. We’re Old Testament prophet admirers and social gospelists.”

“Unitarians believe in the inherent worth and dignity of every life form,” she said. “The whole world is infused with biodiversity and creativity. The idea that we can shut all that down and kill everything and still have something to eat, well, it boggles my mind.”

Social connections keep Frances resilient in her activism. “I build community,” she told me. “We’re doing this together. That’s the exciting part about it.”

Frances, like many others in her church, belongs to Climate Fast, which strives to build political will for climate action by committing to write to government officials on a monthly basis and, for some, to fast from food or carbon one day a month.

Frances expects a challenging transition to a low-carbon society. “We have the opportunity to unleash all of our creativity but we can’t know the outcomes,” she told me. “Some things won’t work. And that means we have to try again and maybe something else will work. We have to live with the fact it will be chaotic. But I have great faith in our creativity.”

Frances is particularly concerned about people with low incomes. She favors “fee and dividend” (a carbon tax) over cap and trade because it can be structured to include energy rebates. “I have a friend whose energy bill is six times higher than mine,” Frances said. “It’s because she has a leaky house. She needs help now, and she will need help in the transition.”

She’s also concerned about young adults. “I talk to a lot of people in their twenties who are having a really hard time finding work. If we spent money on computers and electrification and high speed transmission wires and networks for matching up complex energy inputs and outputs, those would be very sexy, high-paying jobs.”

And, like everyone I spoke with, she’s feels that Harper is leading the country into a tight spot.

“Harper would prefer that we focus our fears on security,” she said. “There’s some justification to that because, if we fail to act on climate change, food will become even scarcer while the population grows and that will increase the likelihood of chaos.”