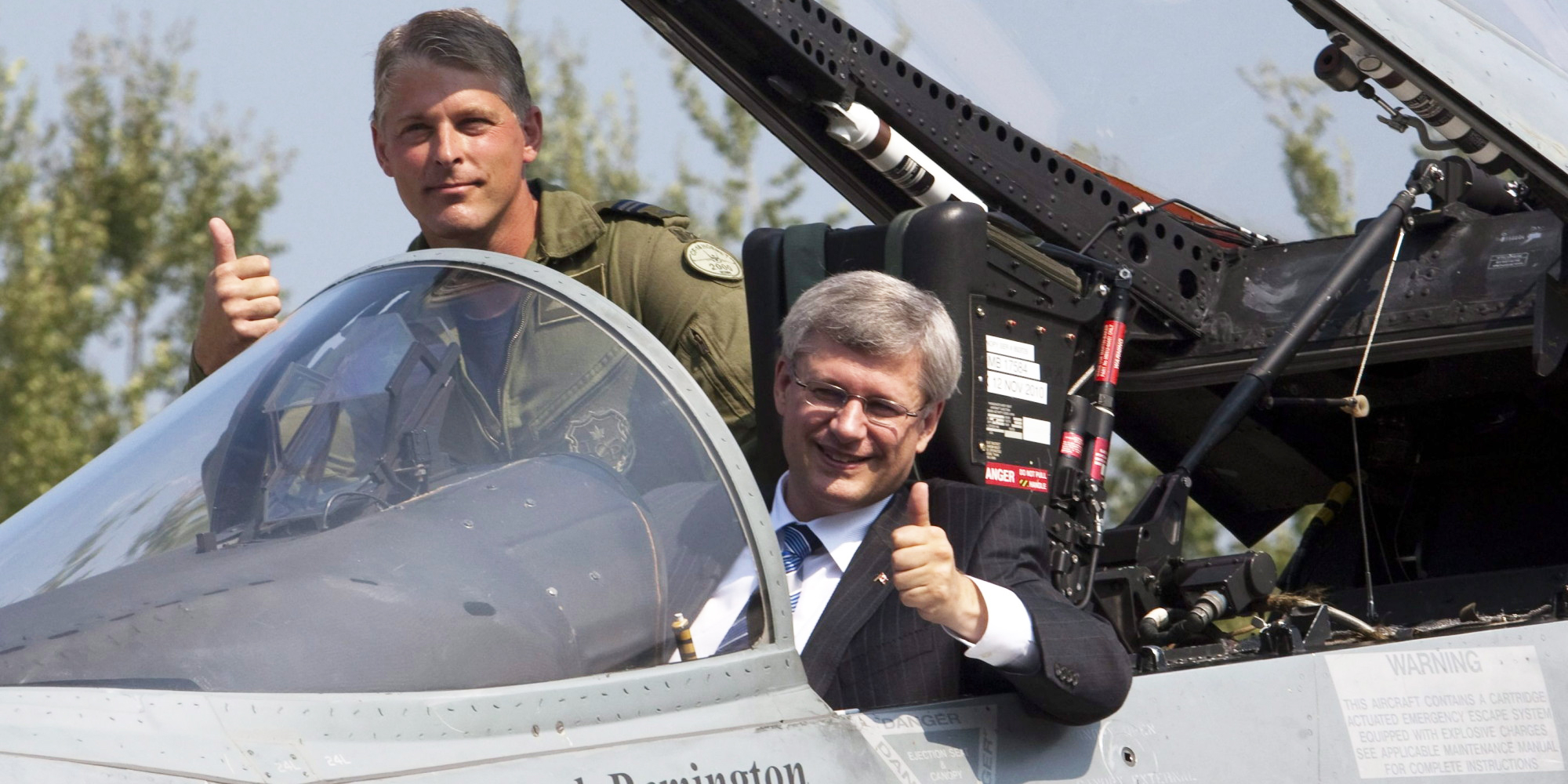 The prime minister has laid out his two-part tale for the Canadian electorate in his speech that opened the election campaign on Aug. 2.

His myth is simple, and elegant — and a carefully concocted fantasy.

It’s in two parts, which have little directly to do with each other but are interlinked by Stephen Harper’s favourite and ever-present theme, which goes like this: “Trust me because I’m a strong and experienced leader and I know what I’m doing far better than anyone else.”

That’s what every political leader has ever said who wants to appeal to the anxious, the ill-informed and the frightened, and bypass the creative, the competent, and the frustrated.

Fantasy No. 1: The careful banker is managing our money

The first part of Stephen Harper’s political fantasy is: “(With respect to) managing our economy… our choices have been prudent and our actions have been disciplined. As a result, our economy and our employment have grown steadily over six years. Our budget is balanced.”

The reality is so different as to make this perspective almost laughable.

What about starting an election earlier than ever before in Canada’s history, to the tune of $125 million?

What about inheriting $13.2 billion from the previous administration in 2006, but then cutting two percentage points off the GST, reducing corporate income taxes by $10.4 billion and handing away $13.6 billion in personal income taxes — all by 2011 — thus sowing the seeds of a budget deficit and an increase in the national debt in every year since he was in elected prime minister?

What about creating an apparent balanced budget this year by selling off GM shares prematurely (and losing money in the process) and dipping in to both the federal emergency fund and the monies gathered to pay for Employment Insurance? What about harvesting unspent money from government departments where the Conservatives have been paying incentives to senior bureaucrats to encourage them to under-spend their budgets, only to be countermanded within a month or two by the Parliamentary Budget Officer, with evidence that a budget deficit is in fact likely?

What about — of all the profoundly unintelligent and dangerous ideas — aiming to turn Canada into a “global energy superpower” through the sale of tar sands oil and fracked gas, thus (if successful, which it thankfully was not) turning the entire country into a one-industry nation and making it supremely vulnerable to the recent (and inevitable) downturn in oil prices?

And what about doing this while the world is moving steadily away from fossil fuels and towards renewable energy sources (whose supporters were called extremists by one of your surreal Alberta candidates for MP) because of what the entire scientific community believes to be the greatest threat to international security ever: steadily advancing global warming?

Fantasy No. 2: We’re in constant and severe danger, but don’t worry, I’ll protect you

While we’re on the subject of security, let’s see what Stephen Harper actually had to say about security: “This election is also about our security… against the growing threats of… the so-called Islamic State in the Middle East… (which) has... declared war on Canada… (with the result that) last October violent attacks were carried out on our soil. Meanwhile, in Europe, Vladimir Putin… continues to threaten the peace and stability won at great price by previous generations.”

Murder rates in Canada have been declining for over 50 years. In 2014 there were 516 murders, of which only two could be even remotely attributed to Islamic terrorists, one of whom was mentally disturbed former drug addict.

What is the likelihood of an invasion of crazed Islamist Jihadist terrorists, singly or in groups, in Canada?

What is the likelihood that Vladimir Putin will seriously destabilize international security?

Reality: Stephen Harper is himself a security risk for Canada.

What’s the chance that choosing to bomb the hell out of the Islamic State (inevitably including some innocent civilians) and slander and harass anyone who challenges Israel’s government and supports the Palestinian community, and to be ineptly rude to Vladimir Putin’s face, in and of itself, augments even a minimal risk to Canadian security?

Let’s face it: The prime minister is exaggerating risks to the safety of Canadians purely for political effect. That's particularly clear now that we know he secretly asked government staff to flog the "terrorism" file with regular announcements.

And while we’re on security in the military sense, perhaps we’ve all forgotten about the F-35 fighter jet deal, that was supposed to enhance Canada’s defence systems, but was so badly managed that it has fizzled into political oblivion.

History is watching — and future generations are waiting

Whatever the ultimate judgment that history passes on Stephen Harper, today we are dealing with a politician who, far more than most, relentlessly shapes and alters information to fit his chosen point of view and actively and systematically ignores or suppresses any information that conflicts with it.

We should all be cautious when we read pronouncements from Stephen Harper and his office, because they can stray widely from the accepted truth, and because they hide a dark vision of control and subversion of democracy that is in itself a threat to this country’s economic success and to its true security.

In today’s world, riven with fracture lines and complexities as we collectively engage in the painful process of a fundamental transformation – the birth pangs of a new global society – we can no longer afford manipulation of data in the interest of vested interests.

We need to get down to hard facts, and then we need to act on them.

Stephen Harper doesn’t seem to understand that basic concept. For him, facts are impediments to getting his own way, even if knowledgeable Canadians everywhere in this country don’t think that’s right.