Why did Stephen Harper cross the road? 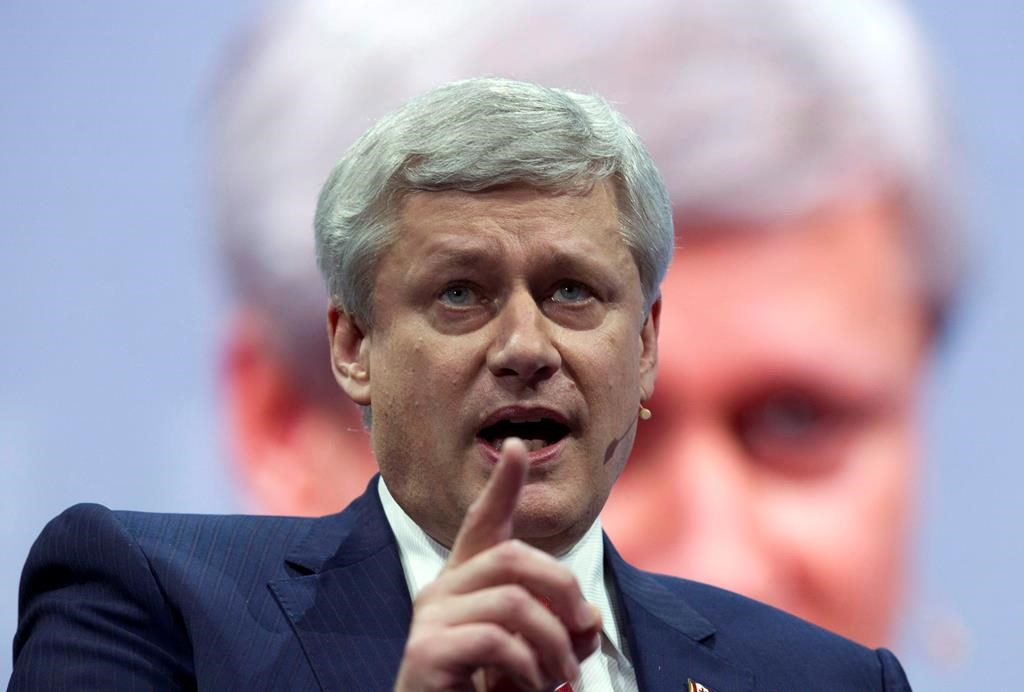 Did you hear the one about Canada’s prime minister having a sense of humour?

On Aug. 17, the National Post posted that “One of the most surprising things to emerge during the research for the National Post’s in-depth profile of Stephen Harper is that — without fail — friend and foe alike said the staid Conservative leader has a unique penchant for comedy.”

I’m assuming this was a joke.

Otherwise one of the most surprising things about the National Post’s story is that their reporters and editors have never heard of speechwriters. It’s more surprising the Post team lauding Harper’s secret sideline as a wild and crazy guy didn’t realize the reason they were stuck quoting quips from Ottawa Press Gallery dinners from over a decade ago is because their favourite amateur comic is so naturally hilarious he hasn’t deigned to attend one of these events since he became prime minister.

Most Canadian prime ministers since the age of Sir John A. Macdonald have subjected themselves to this annual act of humour hari-kari: an event where party leaders tell self-deprecating jokes mixed with partisan potshots. The dinner used to be off-the-record, back when such well-known clowns as Wilfrid Laurier and Arthur Meighen cut loose. American presidents observe a similar ritual of self-ridicule at the annual White House Correspondents Dinner.

But not our Stephen “Harpo” Harper, despite the Post headline proclaiming, “The staid prime minister’s quick wit is lauded by friends and foes alike.”

Here’s another secret I’d previously assumed most journalists knew: Not only do politicians hire writers for Press Gallery dinners (where more than half the punchlines provided as evidence of Harpo’s “quick wit” were delivered), they hire comedy writers.

I know this because I’ve written Press Gallery speeches.

A century or so ago I was approached by a friend of a friend of someone who worked for Canada’s well known Queen of Comedy, NDP leader Alexa McDonough. McDonough had tried doing previous speeches without a writer and her self-styled routines went over about as well as Green Party leader Elizabeth May's recent riff on Omar Khadr.

I was wary of the idea of writing for any politician, but when my friend (a TV producer) told me who was ghosting for the other leaders she didn’t just throw down the gauntlet, she used it to slap me silly.

She claimed every leader had at least one of the most famous names in Canadian comedy crafting gags for them and that Prime Minister Jean Chretien — who was naturally funny — had a bigger and better writing team than any series on CBC. It’s not my place to name names of people who were hired to work anonymously, but it’s no secret that Royal Canadian Air Farce star Don Ferguson appeared at a Press Gallery dinner doing duelling Preston Mannings alongside the Reformer-in-Chief.

When McDonough finished delivering my speech — I mean her speech — the emcee capped her jokes with one of his own, quipping that she’d finally hired a professional writer.

Almost every example of the prime minister’s “impressive catalogue of jokes” cited in the Post was from a scripted event. Since all of these would be written by speechwriters, perhaps we’re witnessing the wacky wordplay of hecklers like David Frum, whose comic stylings include U.S. President George Bush’s knee-slapper about “the axis of evil” and a satirical masterpiece in the current issue of The Atlantic lauding Harpo’s love of democracy.

In a talk I gave on humour I asked the audience to name the most influential comedy writer in history. Take a moment and I’m sure you’ll come up with a name. Maybe you’d suggest Shakespeare, Richard Pryor or Lenny Bruce. More likely, since scientists have proven that in the Twitter-era humans have the attention span of fruitflies, you’re thinking Jon Stewart or Stephen Colbert — since the Bard, Bruce and Pryor haven’t made The Huffington Post lately.

Gamble used to craft one-liners for comedians like Bob Hope, Phyllis Diller and Joan Rivers. During the Reagan era he birthed a few bon mots for the U.S. president — a politician who knew how to deliver a zinger.

When Reagan was running for his second term amid rumours his memory was failing, voters wondered if the oldest President in US history was too old for the job but the Gipper looked beatable. Then, in a TV debate with alleged Democratic presidential candidate Walter Mondale, the “age question” came up. With perfect timing, Reagan delivered Gamble’s line: "I will not make age an issue of this campaign. I am not going to exploit, for political purposes, my opponent's youth and inexperience.” BOOM.

Even Mondale laughed. The next day pundits declared the age issue “over” and Reagan was elected to a second term, when he may or may not have been able to recall anything about Iran and Contras. I love me my Stewart and Colbert, but Gamble’s gag arguably won an election that redefined America.

Years ago I remember thinking that if John Crosbie became Conservative leader a debate between him, Chretien and the NDP’s Ed Broadbent would have been the funniest show on TV. Canada has had plenty of genuinely witty politicians of all stripes. The National Post provided no evidence that Stephen Harper is one of them. Although rejecting the premise of questions… pretty funny.

Mark Leiren-Young won the Leacock Medal for humour for his memoir, Never Shoot a Stampede Queen - A Rookie Reporter in the Cariboo. His 2014 Harvey Stevenson Southam Lecture at the University of Victoria: “You Can’t Say That Comedy, Censorship and Sensitivity in the 21st Century” aired on CBC radio’s IDEAS earlier this month as “Crossing the Line.”