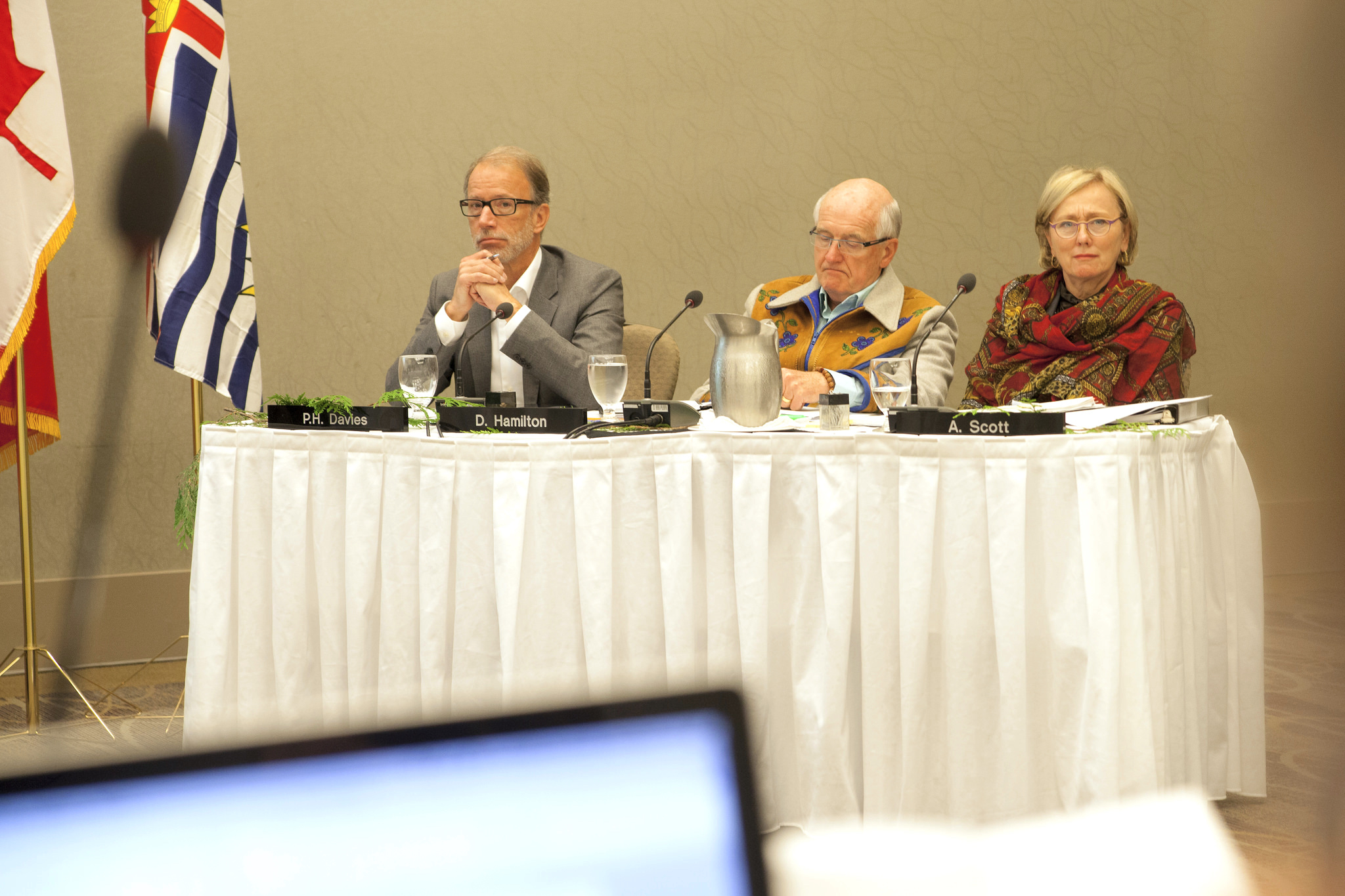 The National Energy Board (NEB) has lost credibility as a regulator of the public interest. The hearing into Kinder Morgan’s proposed tripling of the Trans Mountain Pipeline Expansion Project has been a sham.

The Canadian public recognizes the NEB’s failure. Except for Harper’s Conservatives, all contenders in the federal election understand it’s a farce. Anyone but Harper realizes that after October 19, the NEB is in for a much-needed makeover.

The board has consistently and deliberately ignored the writing on the wall. When petitioned to inject a modicum of fairness into its process, requests were summarily rejected. The board had no problem striking cross-examination from the proceedings. Pleas for a meaningful scope of issues went unheeded. Requests to compel Kinder Morgan to answer basic questions—denied.

Then, on Friday, August 21st at 5:30 p.m. Eastern time, in what appears to be a miraculous display of conscience, the board issued a letter. The letter advised the hearing would be postponed because the Harper government appointed Steven Kelly — a former Kinder Morgan consultant — as a permanent member of the Board on July 31,, creating what some believed to be a conflict of interest.

Mr. Kelly, Kinder Morgan’s long-time expert, was the vice-president of IHS Global Canada —an oil industry consulting firm hired by Kinder Morgan to do an economic study justifying the Trans Mountain pipeline expansion. Mr. Kelly authored and submitted a 67-page report with Kinder Morgan’s application to the NEB. His report was relied on by other Kinder Morgan experts and he prepared follow-up evidence submitted throughout the hearing.

Such evidence prepared by or under the direction of Mr. Kelly must be removed from the public record. Kinder Morgan is to prepare a list and advise the Panel whether it plans to replace the evidence, and if so, by what date.

The board claims to have discovered what others have been saying for years. “There can be no question that public confidence in the impartiality of tribunal decision-makers is integral to the administration of justice.”

Unfortunately, instead of acting on prior instances when the board glaringly compromised its integrity, they now do so because the “dual role of Mr. Kelly, as a person who prepared evidence in this proceeding and as a future Board member, may raise concerns about the integrity of this hearing process.”

The board’s decision represents little more than the NEB in full survival mode. The board has taken a look at what is happening politically, decided Harper is out, and is taking measures to distance itself.

The board’s letter is replete with misrepresentations and obfuscations. The board says it wants to avoid an appearance of a conflict of interest and assures us “that the Panel members do not know Mr. Kelly personally.” This is not true.

So they may not know him as a friend, but two out of three of the panel members know Mr. Kelly personally. It’s recorded in the transcripts from the NEB Part IV cross examination. Mr. Kelly was Kinder Morgan’s expert witness then, too.

The majority of panel members were not only personally introduced to Mr. Kelly, they heard him argue that netback analysis is unreliable and that “development of markets in Asia will be a many-year process…the netbacks that I calculate today and put in a forecast may be completely hypothetical” (paragraph 4440 - 4441). The majority of panel members know personally that Mr. Kelly’s evidence at this hearing is in direct contradiction to what he told the Board at the Part IV hearing.

There is no question that the board’s decision to strike Mr. Kelly’s evidence from the Part III hearing record is warranted. However, the board does not go far enough.

Then there is John Reed’s evidence that also relies on Mr. Kelly. The relevant sections of that evidence should be struck.

The answers to written questions from interveners during the two rounds of information requests prepared by Mr. Kelly must also be withdrawn. Any of the 4,000 pages of reply evidence authored by Mr. Kelly, and relied upon by other Kinder Morgan experts, should be identified and removed. That evidence was tabled as recently as August 20, 2015.

Mr. Kelly was supposed to sign an affidavit as to the veracity of his evidence and file it by August 20, 2015. He no longer works for IHS nor is he employed by Kinder Morgan, so he couldn’t. Instead, Kinder Morgan filed an affidavit from a new party—Steven Fekete, Managing Director of the Calgary office of IHS. Kinder Morgan has telegraphed its preferred approach to the Kelly Affair—find a replacement for Mr. Kelly and keep his evidence.

Kinder Morgan was expected to show up at the NEB hearing room in Calgary, Monday morning August 24 to deliver its final argument to the panel without missing a beat. Instead, Kinder Morgan must comply with the Board’s direction. The hearing is postponed until at least mid-September, and if due process is followed, likely until after the federal election.

Robyn Allan is an economist, former intervenor in the Trans Mountain review, and the ex-CEO of B.C.'s public auto insurer ICBC.