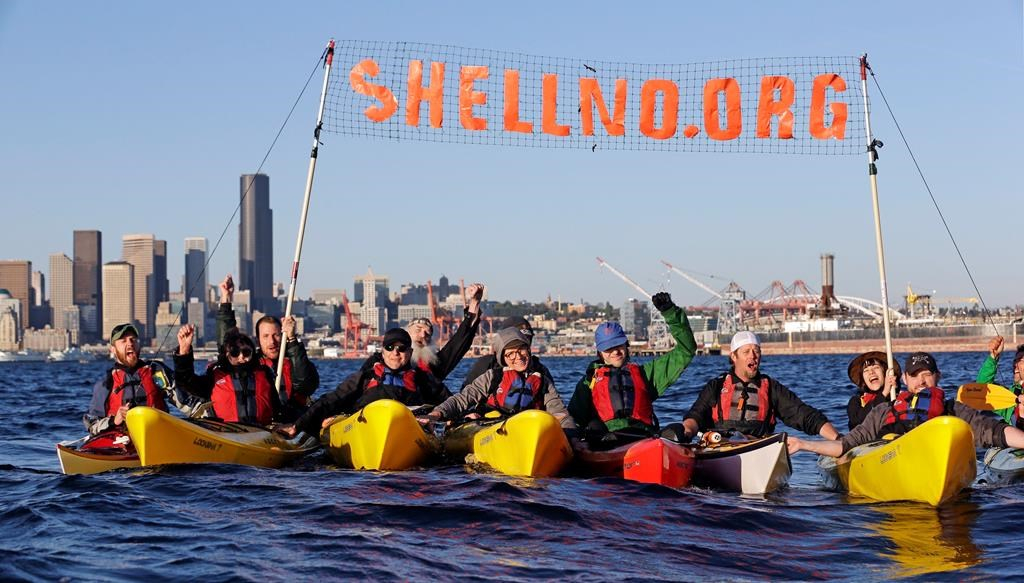 Shell Canada Limited is applying to bring offshore drilling to Nova Scotia's waters. But environmentalists are raising alarm bells over potential conflict of interest, as the group reviewing Shell's application — the Canada-Nova Scotia Offshore Petroleum Board (CNSOPB) — includes a board member who worked at Shell Canada and Royal Dutch Shell for 30 years.

The federal Privy Council Office re-appointed Douglas Gregory as an alternate board member in March, 2014.

Gregory also previously held two positions within the Canadian Association of Petroleum Producers, including chair of the Atlantic Canada Committee.

“I think absolutely these sorts of conflicts of interest concern us,” said Susanna Fuller, the marine conservation coordinator for the Halifax-based Ecology Action Centre.

“One would expect [the CNSOPB] would start to take a bit more of an independent stance towards things and actually replace some board members with people who may not have a conflict of interest,” Fuller said.

Shell’s plan to drill has come under heavy criticism after federal Environment Minister Leona Aglukkaq signed off approval allowing the company up to 21 days to cap a subsea blowout. That period — three weeks — is too long, say critics concerned about the possibility of a Deepwater Horizon-like accident in Canadian water. The explosion of a BP offshore drilling rig in 2010 in the Gulf of Mexico killed 11 rig workers and took engineers 87 days to cap the well. By that time, it had spilled more than three million barrels of oil into the water.

Shell has been the target of an online petition by U.S. advocacy group SumOfUs, which has gathered nearly 58,000 signatures protesting the drilling.

In comparison to Canada's 21 day limit, U.S. regulators require oil companies to have blowout capping equipment on site within 24 hours when Shell begins work off the coast of Alaska.

The CNSOPB won’t comment on the review. In a news release the agency said it would only authorize Shell’s proposed drilling plan once it was satisfied that the company would take all reasonable precautions “to ensure that the program proceeds safely and in a manner that protects the environment.”

According to the CNSOPB’s Governance Charter, the board provides leadership for the “ethical” and long-term strategic direction of, among other things, the stewardship and regulation of offshore petroleum resources and risk management.

The charter also contains a lengthy section on conflict-of-interest guidelines.

A Natural Resources Canada communications advisor said appointments are made on merit and ability and noted that all members of the CNSOPB are subject to conflict of interest guidelines established by the federal and provincial governments.

The oil industry can't regulate itself

Adam Scott, the climate and energy program manager for Toronto-based Environmental Defence, said it’s impossible to appoint someone who has to recuse himself from every major decision the board makes.

“This is their bread and butter. Mostly, they’re making decisions about offshore oil exploration. If they’ve appointed someone who has that direct conflict, that’s going to raise questions over credibility of all their decision-making,” Scott said.

He said decisions aren’t trivial, but involve discussing the ability to respond to emergency blow-outs and other vital matters.

“They need to be beyond reproach to be credible and that’s not the case. It’s just too cozy. The oil industry can’t regulate itself.”

The CNSOPB isn’t the only regulatory board facing questions over conflict of interest.

The conflict of interest over the hire caused the NEB to postpone public hearings into Kinder Morgan’s Trans Mountain pipeline expansion.

The Canada-Newfoundland Offshore Petroleum Board also has former energy company executives sitting on its board.

That board’s chair and CEO, Scott Tessier, worked as senior advisor for legislative and regulatory affairs for Chevron Canada in Calgary.

Energy regulation in Canada needs to be over-hauled

But Loren Falkenberg, associate dean of research at the University of Calgary's Haskayne School of Business, thinks conflict-of-interest concerns are overblown, and that it was in fact a benefit to have regulators who used to work in the business.

“To assume that because somebody was formerly employed by a company automatically creates a bias, I don’t get it," said Falkenberg. "I would say you want technical expertise on that board.”

Falkenberg opined that a good board contains a balance of opinions and that hearing processes are designed to neutralize competing points of view. “You need to have an understanding of how the industry works to be an effective regulator.”

Scott agrees that individuals with technical expertise are needed on boards, but added: “Folks who have not been directly employed by the companies operating out there would be a good start.”

In general, energy regulation needs to be reformed in Canada, Scott said. “That’s something that has to be done from top to bottom; otherwise none of the projects going forward are going to have any credibility and that’s in no one’s interest.”