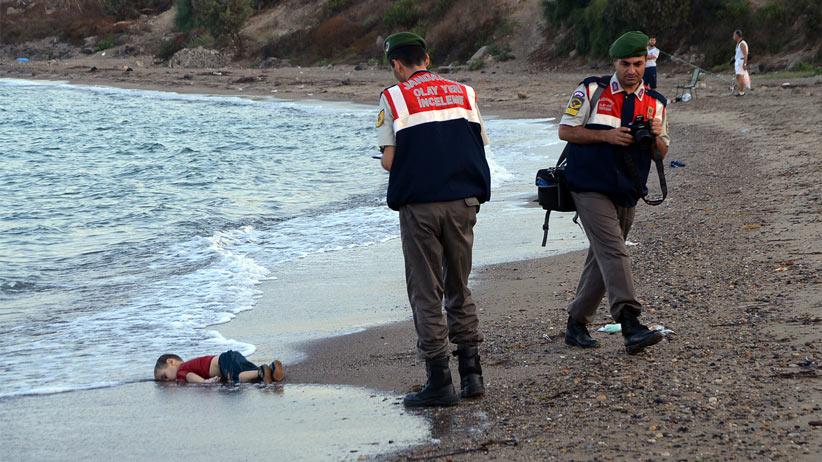 Graphic images of toddler Aylan Kurdi washed up on a Turkish shore have refocused attention on a humanitarian crisis years in the making. Aylan's case hit close to home because Canada was the home he and his family wanted to reach.

Canada's response to the worst humanitarian crisis of the 21st century has been nothing short of embarrassing. Of Syria's four million refugees, Canada has accepted just 2,300. Most refugees have been going to the neighboring countries of Turkey, Jordan, and Lebanon, where one in five of their populations are now Syrian refugees. Somehow, when we’re a world away the Government of Canada decided it is acceptable to turn their backs. Boats won’t make it to our shores.

Our government's approach to the Syrian crisis is reflective of a broader disregard for the lives of refugees. Three years ago, the government tried to strip existing refugees of their healthcare. This decision was overturned by Canada's Supreme Court for violating the Charter of Rights and Freedoms.

As young physicians, the privilege and responsibility bestowed upon us by society is to care for those who need it. When our country shuts its doors to those in need of care, we’re not even given that chance. And as public health specialists, we recognize that nothing is more harmful to human well-being than war. Beyond the physical harm it brings, war rips apart the fabric of society that keeps people healthy. Livelihoods are lost, food and water is scarce, and disease runs rampant. In situations like this, leaving everything behind and seeking out a new life is the only choice. As the British Poet Warsan Shire wrote: “No one puts their child in a boat unless the water is safer than the land”.

A country as wealthy and prosperous as ours is perfectly capable of taking in far more refugees than we have. Germany expects to accept up to 800,000 asylum seekers this year. Sweden, a country with less than a third of our population, has accepted more than 10 times the number of Syrian refugees as Canada.

Canadians are proud of our inclusive, welcoming attitude to newcomers. Accepting refugees follows the highest traditions of humanitarianism. We have been leaders on this front in the past, accepting tens of thousands of refugees from Hungary in the 1950s and Southeast Asia in the 1970s.

Just because refugee-laden boats are not sinking in Canadian waters and bodies are not washing up on Canadian shores does not mean there is not a very real crisis happening right now. How many more future Canadians will have to perish before our government and country do more?

Residents Council of the Public Health Physicians of Canada: