Trudeau answers Q about a coalition with Conservatives or NDP

Just over a year ago, after he'd marched in Vancouver's 2014 Pride Parade, I interviewed Justin Trudeau for The Georgia Straight, a local news weekly. Since The Straight still uses the ancient medium known as newsprint, I was working with a word limit. Two thousand, to be exact.

I had 25 minutes one-on-one with Trudeau in a hotel lobby in downtown Vancouver, and he used a lot more than 2,000 words.

With the election now in full swing, I wanted to give Canadians a chance to read some of the interview material I had to cut— like Trudeau’s views on the importance of rallying the youth vote (even if they youth are more likely to vote Green than red), the politics of hope, and why he decided to run.

Unlike many politicians at Pride, Trudeau didn’t ride a float to keep a safe distance from the crowd. He walked the parade route, wading through the crowd as people kept leaping into his arms, high-fiving him and treating him as a prop for their selfies— all of which he seemed to enjoy. Trudeau said he had nothing against floats, but wasn’t interested in riding one at Pride.

“For me it’s about meeting the people. It’s about being able to shake peoples’ hands and dodge water cannons and be able to sort of dance down the street the way everyone else is.”

Another unique quality of Trudeau is that he doesn't speak in soundbites. Or at least he didn’t in the summer of 2014. One reason it was so tough to pare my story to 2000 words is I’m a fan of letting people I interview — especially controversial figures like politicians — speak for themselves.

Trudeau wasn’t a fan of snappy answers, even for questions where I’m sure he’d prepped them. He answered questions very much like a schoolteacher: he wanted to make sure he wasn’t just answering the question, but making sure I understood the answer and how he'd arrived at it.

Thanks to the miracle of digital publishing, below are his more in-depth, non-soundbite takes on various issues.

It’s not a natural Canadian thing to be cynical. We’re a hopeful, optimistic, big-hearted, open-hearted people. We want to be hopeful, we want to be excited, we want to be positive about things and the fact that federal politics has been such a downer— such a source of negativity and personal attacks — is something that Canadians are looking for change from.

And I’m just glad to be part of the team offering that.”

On the youth vote

When speaking on education or the subject of teaching itself, Trudeau's eyes lit up— and the issue he seemed most excited about addressing was getting out the youth vote.

"I think young people in general are part of a generation that’s more aware, more active, even more involved than any previous generation.... [look at] the number of young people who do more than just post on the Internet, but actually get in on community organizations, protest big issues that they feel strongly about, sign petitions, get involved, feel like they have a voice in shaping the world.

The problem isn’t getting young people motivated to try and change the world— the challenge is convincing them that politics is a worthwhile use of their energies in terms of changing the world.

And that’s where the more complex and yet frank positions I’ve taken on various issues I think are appealing to people’s intelligence. I’m not going to try and sound-bite and buzz my way around or out of issues. I’m trying to be straight about the challenges that we’re facing and the world we’re trying to build together and the need to have young people involved.

When a study was done on, ‘If you only counted the votes of eighteen to twenty-five year-olds in the last election, what would Parliament look like?’ Well, we’d have over forty Greens MPs, which isn’t necessarily my solution either. But it shows that young people have a very, very different voice that I think is necessary in the political spectrum.

They’re not stuck in the groove of the status quo, they’re willing to challenge perceptions and challenge the way things are done and say, ‘Well, can we do it better?’

I see a movement coming. I see a tipping point being reached where young people will realize that it is important that they go out and vote, that they do get involved. And I’m working hard on making sure that the 'class of 2015' — that is, the people who vote for the first time in 2015— come out in full force and take charge of the future.” 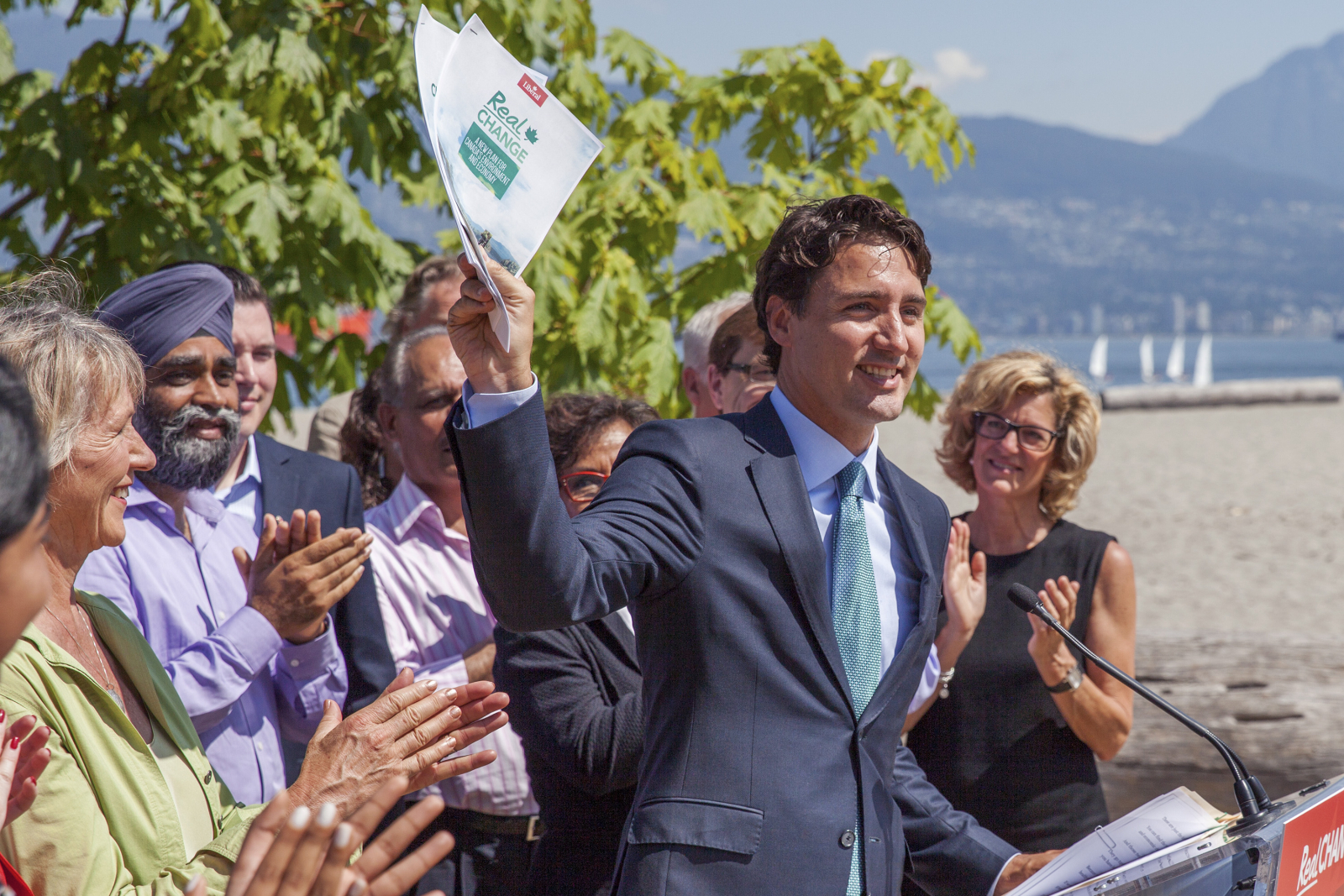 “My job as a leader is to draw together amazing people. And it goes on two levels. First of all, if you can bring together the right people, people will look and say, ‘Wow, this is a great team we want running.'"

"But the other thing is, sort of the philosophical side of things is, people no longer believe that the best and the brightest who want to change the world go into politics. It seems like the best ways to change the world these days are through NGOs, and through citizen activism, through single-issue causes.

Those are all great. Community organizations can do a really great job. But politics is also a way of making a difference and when I can showcase amazing, strong people, who are stepping forward into politics because they want to contribute to their communities and make this country better, that’s something that goes a long way to fighting the cynicism people have around politics.” 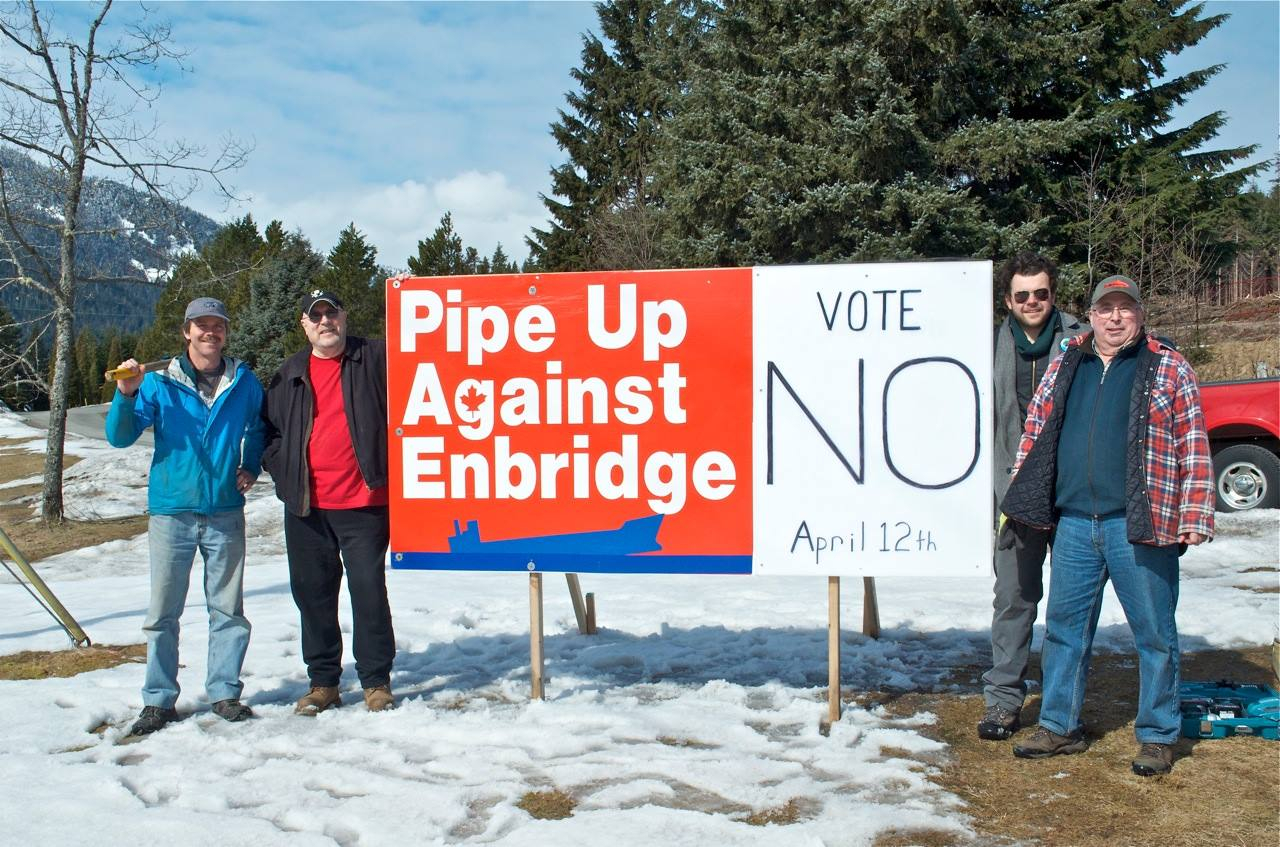 “One of the historical and current responsibilities of Canadian prime ministers is getting our natural resources to market and that’s something we have had to do whether it’s grain and railroads, whether it’s fish or fur way back when, or now it’s pipelines and our energy resources.

They don’t seem to understand that even though governments grant permits, only communities grant permission. And projects like that don’t get to go through without social license. So the Great Bear Rainforest is no place for a pipeline, so Northern Gateway is a non-starter for me.

Keystone XL is a pipeline that passed an appropriate review process, is getting the support necessary from local actors. There are a lot of people who don’t like the oil sands, don’t like our dependence on fossil fuels, who have used it as a symbol to try and block that and I totally understand that, but the pipeline itself — most of them say it’s not that specific pipeline, it’s the symbol of the pipeline they have problems with.

Well, the pipeline is important for the growth of our economy.

And then you get to the other pipeline proposals that are floating around there and my answer on them is always the same. They need to develop a social license to be able to get these projects approved because, if they don’t, they’re going to end up before the courts anyway and it’ll be years before these projects happen.

What this government has failed on is reassuring Canadians and their trading partners that we can do both environment and economy at the same time.

Even though, as we saw in the B.C. election, people have worries about the environment, people are worried and want to make sure it’s sustainable, but they don’t want no natural resource development, they understand it’s important for the economy.

What people need is a grown-up conversation about how to do it in a responsible way and this government has lost all credibility around being able to do this responsibly.” 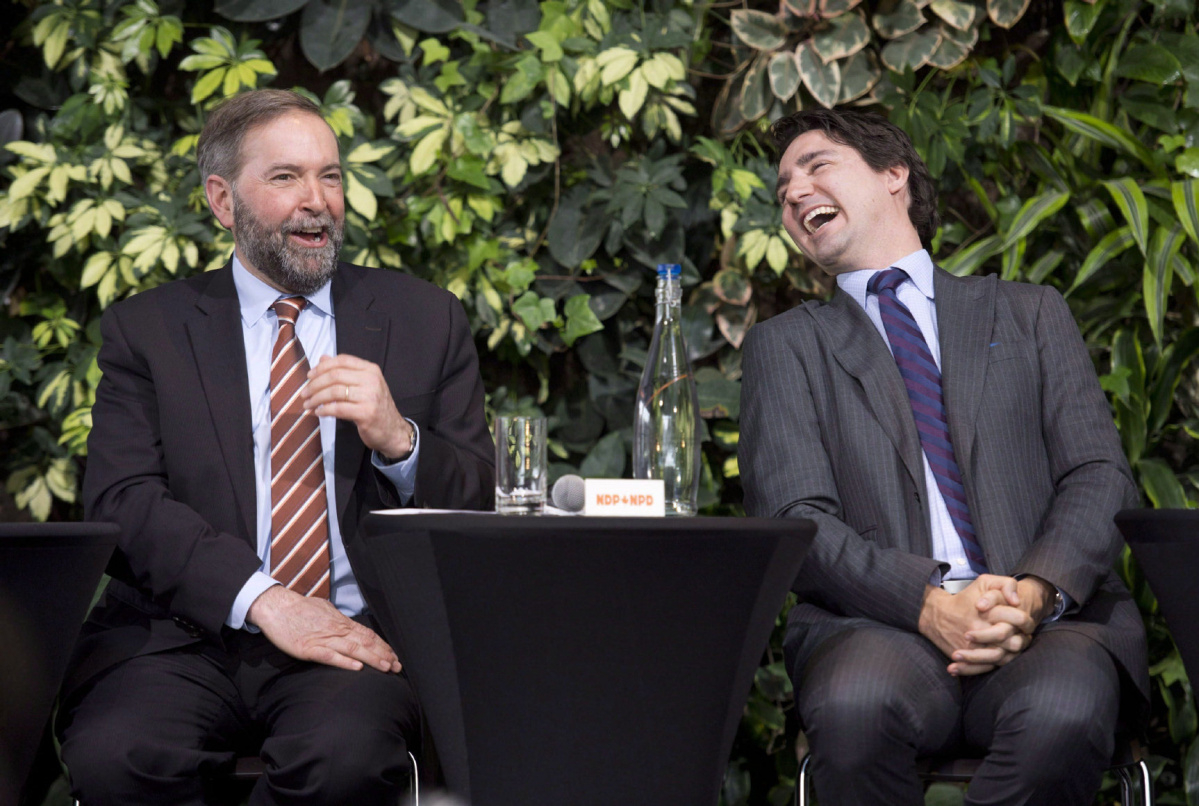 “That’s something that from the first days of going into politics— when I was running on the ground in Papineau in a nomination race I wasn’t supposed to win, in an election [in which] I wasn’t supposed to be able to beat the Bloc Quebecois MP— my opponents focused on, ‘Oh the celebrity factor, that’s all he’s got.’

I completely ignored that and rolled up my sleeves and I met as many people as I possibly could, listened to them, talked to them about their issues, and talked about how we’re going to build a plan together and that’s how I got elected in Papineau.

The same thing when I talked about the leadership. I didn’t sit back and put a big picture of my father up and say, ‘Vote for me, I’ll bring the Liberal Party back to power.’ I said, ‘Let’s build a better country.’

And then I went out and I met with, and listened to, Canadians in every single riding across the country. And right now, as we approach the election, I’m happy for my opponents to try and dismiss and attack and spend their time worrying about the public figure aspect of it, because I’m rolling up my sleeves and I’m working harder than just about anyone else out there to connect with Canadians and earn their confidence in the right way.” 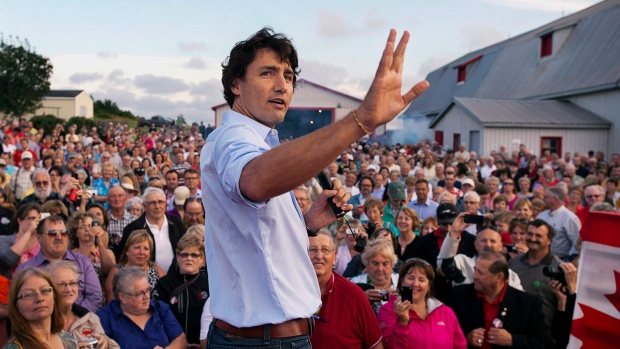 On choosing to run

In April 2012, Trudeau gave an interview to Maclean’s about not running for leader because he knew what that could do to a young family. On October 2nd, he announced his candidacy in his home riding of Papineau. Trudeau’s explanation to me was that he ultimately decided that not doing all he could to stop Stephen Harper could be even more damaging to his young family than running for the country’s top job.

“Quite frankly, the fact is the kinds of changes that we’ve been able to make to the Liberal Party would not have been do-able if we’d still had a hundred or even seventy-five seats.

We had to hit rock bottom before a lot of people within the Liberal Party realized, 'Okay, we’ve really got to change the way we’re acting.'

We got to a point where there was a group of us really thinking: 'If the Liberal Party didn’t exist would someone have to create a Liberal Party for Canada?'

Is it a good thing to be a polarized country between Conservatives on the right and New Democrats on the left?

And I realized that that’s not what Canada is. We’re a country that doesn’t focus on differences. We focus on common ground and on similarities and that kind of building is what we have to do much more of. For a long time I told myself that I wouldn’t become leader and I didn’t want to do it because I had a young family and it was too important for me to be a good father to them.

And then suddenly watching Stephen Harper with his majority, seeing the difficulties in the Liberal Party, but also through my own experiences on the ground as a politician connecting with people seeing a path forward that could actually work, I realized that I had to flip around my first statement.

So it’s not in spite of my family that I’m in politics, but very much because of them. And to that extent I certainly have an incredible model in my father.”