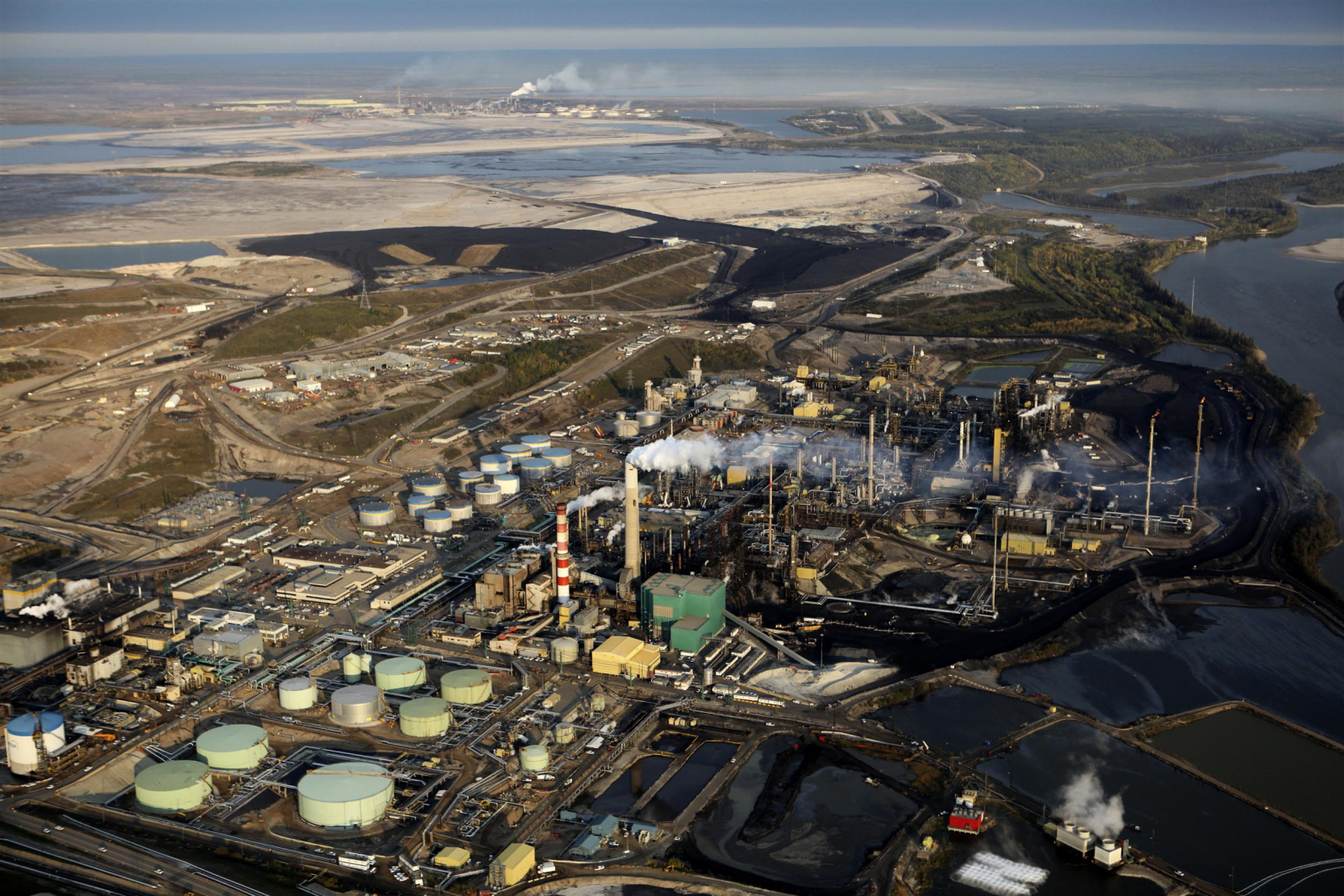 The leader of Canada's New Democratic Party talks tough on the Kinder Morgan pipeline expansion, Energy East pipeline proposal and Keystone XL. But a National Observer video interview reveals that Thomas Mulcair is open to building pipelines if they pass a more rigorous review than what the Conservatives have subjected them to.

National polls suggest the NDP's Tom Mulcair has a real shot at becoming Canada’s 23rd prime minister — an electoral outcome with big implications for proposed oil sands pipelines, the taming of Canada's emissions, and efforts to reach a global climate change treaty in Paris in December.

The National Observer sat down with the 60-year-old former Quebec environment minister to learn more about his blueprint for the future of Canada’s energy and environment policy. The resulting videos can be viewed in the chapters below.

Mulcair says he would scrap and replace the Conservative government's current system for evaluating oil pipelines.

“We will not approve any project, be it Kinder Morgan or any other, under Stephen Harper’s flawed process,” Mulcair said.

"Energy East is the same as Kinder Morgan. You can’t trust Stephen Harper’s flawed process, because there’s nothing that you can trust about it. It’s incomplete, it’s not thorough, it’s not credible.”

That could spell trouble, or at least major delays, for proposed pipelines currently in the queue of the country's much criticized hearings at the National Energy Board. The federal regulator has been called "a pipeline approval agency" by Green Party Leader Elizabeth May, while economist Robyn Allan calls it "rigged" and an "unconscionable betrayal of Canadians."

Mulcair says a new review system is coming, which will include climate change as a key consideration.

The NDP are pledging a Canadian emissions reduction target far more ambitious than that put out by the Conservatives.

But Mulcair is still walking a tightrope on climate and energy.

He doesn’t oppose oil sands development — the largest source of Canada’s rising emissions and he says he sees economic positives in the Energy East pipeline.

Mulcair has also said an NDP government "will redirect a billion dollars a year in fossil fuel subsidies, and re-invest that money in clean energy." But details remain scarce. Where is this $1-billion in oil subsidies? An upcoming campaign announcement, according to his press secretary, will reveal more about this.

Complicating the NDP position on the oil sands, the NDP's star Toronto candidate, Linda McQuaig, ignited a national debate when she said on Aug. 9 that "a lot of the oil sands' oil may have to stay in the ground.” It’s a view held by many climate scientists.

Seat projections in the westernmost province, if they are to be believed, show the NDP currently doubling their seats from 12 to 23. Is Mulcair listening to the concerns of British Columbians about pipelines?

Mulcair suggested that if the NDP gained power, the National Energy Board's (NEB) current year-long evaluation of the Kinder Morgan pipeline will be "re-analyzed" — which could mean serious delays for the pipeline.

He was sharply critical of the Harper government's 2012 changes that overhauled the NEB's hearing process, limiting public participation (to those "directly affected" by proposed projects) and curtailing citizens' ability to ask questions.

"Look, it was so flawed in the case of Kinder Morgan —people who were there at the hearings weren’t even allowed to cross-examine the witnesses from the company. That’s such a basic breach of the rules of natural justice, the system was hopelessly flawed. And of course, it would have to be reanalyzed in the light of what we would put in place.”

Mulcair doesn’t go as far as other New Democrats though. Burnaby South NDP candidate Kennedy Stewart petitioned Parliament in March to outright oppose the Kinder Morgan project. And NDP-friendly Burnaby Mayor Derek Corrigan spectacularly pledged to end his legal and political career by getting arrested to stop the project.

The City of Burnaby, which contains the terminal for the pipeline, wrote a Sept. 4 request to the NEB to now abandon its Kinder Morgan hearings, citing concerns the process was "tainted" by the recent Harper government appointment of a Kinder Morgan consultant to the NEB board.

The proposed TransCanada pipeline would pump Alberta and Bakken oil eastward past Ottawa, and onward to refineries in Quebec and New Brunswick.

A potential terminal in St. John would also see much of this oil exported via the "world’s largest crude-carrying vessels."

Tempers have flared over the proposed Energy East pipeline, especially in Quebec. The Mayor of Laval, the province's third-largest city, announced Sept.10 that he is "firmly against" the pipeline. Mulcair has been criticized for walking a fine line on the project, so the National Observer asked him to clarify.

The NDP federal leader says he indeed sees opportunity in processing Alberta bitumen into Canadian fuel, rather than exporting the raw bitumen to China.

Montreal’s Suncor refinery, for instance, could turn the bitumen into Canadian gasoline. But he reserved final judgment on the Energy East pipeline, saying it still needed a more stringent NDP environmental review to see if the pipeline's crossing of six provinces was safe.

"But right now, your community is worried about the current gas pipeline that goes under a major lake in Northern Ontario, [a pipeline] that would turn to bitumen. What would that mean if there was a breach there?

"The local communities don’t have confidence in the process that’s in place."

"In New Brunswick people are concerned about their drinking water for their tap.

"They don’t have confidence in Mr. Harper’s [pipeline review] process." 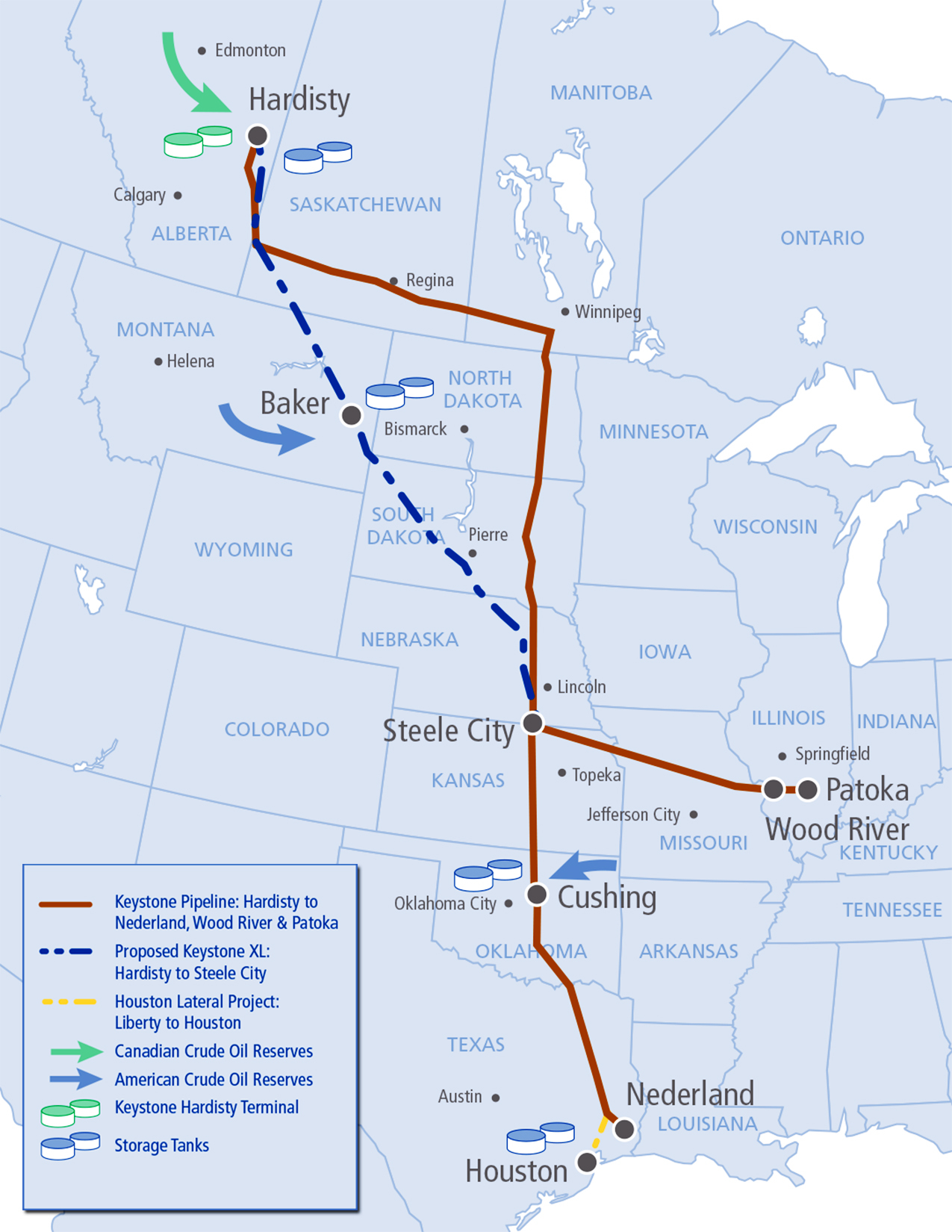 Mulcair is against Keystone XL.

The massive TransCanada pipeline—intended to stretch from the Alberta oil sands to the Gulf Coast of Texas— is bad news for Canadian workers, he said. This position is shared by Alberta's NDP Premier Rachel Motley.

"Both the Conservatives and the Liberals are in favour of the Keystone XL pipeline,” said Mulcair, "which represents the export of 40,000 Canadian jobs. Guess what? As prime minister, I’d want to create those 40,000 jobs in Canada.”

"This 'rip and ship’ approach of Stephen Harper’s is not working.”

His view may be pragmatic. A North Dakota Republican Senator who has led the charge in support of Keystone XL recently suggested that President Obama may finally nix Keystone XL any week now, after years of delaying it.

Mulcair also had harsh words for Harper’s failed U.S. diplomacy on the project.

"Mr. Harper insulted President Obama when he said it was a ‘no-brainer’ to approve Keystone XL," said Mulcair. "Since when do you say that to the leader of a close ally like the United States?"

According to a 2014 Bloomberg story, Harper made Keystone XL a “bilateral irritant” and failed to improve his relationship with the U.S. president while lobbying for the project. 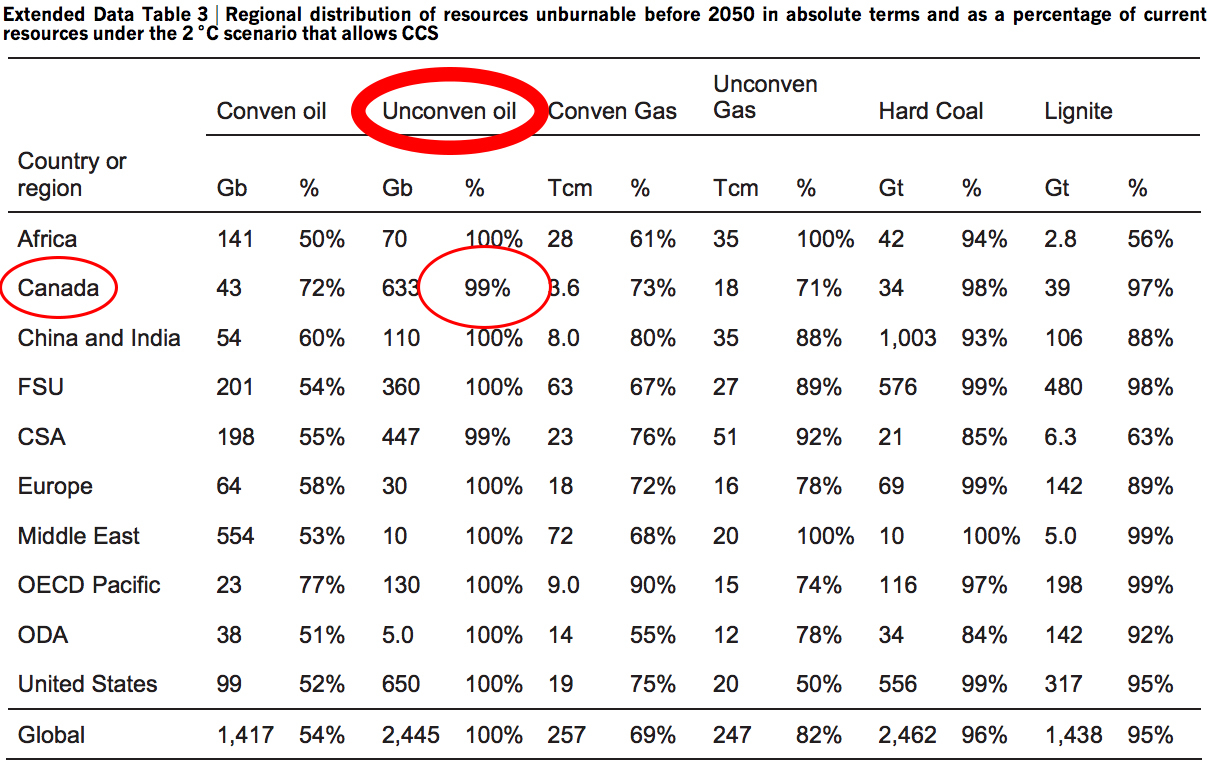 Nature study table (McGlade and Ekins) showing that 99% of Canada's unconventional oil would need to stay unburned for there to be a 50% shot at keeping the planet heating more than 2°C of warming.

NDP candidate Linda McQuaig’s comment on CBC's TV news program Power and Politics that “a lot” of Alberta’s bitumen needs to stay in the ground was criticized by Conservative and Liberal opponents as evidence that the New Democrats would kill high-paying oil sands jobs.

The backlash caused McQuaig to issue a clarifying statement about the NDP's commitment to "sustainable development." But her original comments were backed up by science.

A prestigious Nature study in January 2015 concluded that 99 per cent of Canada's unconventional oil reserves, primarily the oil sands, should stay in the ground for the world to have even a 50-50 chance at keeping the planet below two degrees of warming.

So what percentage of oil sands petroleum does Mulcair think should stay unearthed? He didn't precisely say. But he repeated his commitment to a new environmental review process for industrial projects that he'd make law.

“When I talk about bringing in overarching sustainable development legislation, I mean looking at whether or not the [proponent] who is producing a product is assuming the cost of it,” Mulcair said.

"We’ve been allowing these companies to use the air, the soil and the water as if there was no cost to what was being dumped into it. That’s simply not the case. So that might have an attenuating effect on the quantity that could be produced.”

"Greenhouse gas production, climate change will be part of our analysis — so you have to make sure the polluters are paying for the pollution they create, that you’re internalizing those costs, [that] the users pay for what they’re using, and you have to meet your international obligations.”

Tom Mulcair on protesters and threat of Bill C51

Mulcair says the Harper government's attempts to demonize environmentalists as "radicals" threatening "to hijack our regulatory system" has undermined the progress of tar sands pipeline projects. Harper’s Bill C-51— an anti-terrorism law that critics say could be abused to spy on environmental activists deemed “terrorist” threats — represents a threat to peaceful, democratic protest.

“On the question of protesters and being tagged, pigeon-holed, and being told ‘you’re under the influence of foreign agitators’ and you’re not allowed to have your charitable status and it could be taken away — put all that in a package and label that C-51," said Mulcair.

"That bill threatens the rights of every person in Canada who would stand up against a project that they think harms their children, grandchildren, the environment and their community, and their resources like the water.”

"That’s why it’s so scandalous when Mr. Harper pushed that legislation. But I was even more appalled when the Liberal Party of Canada supported [it]," he said.

Mulcair said it was part of his job to meet with the heads of pipeline companies as well, and hear their concerns. He suggested that they will have understood that having an aggressively pro-oil prime minister has not been helpful to their business interests.

"I realize that they’ve come to understand that the guy who was supposed to be their champion to remove all this nettlesome environmental stuff, and get it out of the way — to get rid of all that nasty legislation, and just railroad these projects through. And they’ve come to a simple realization: after 10 years of Stephen Harper, not one of their projects has gotten through." 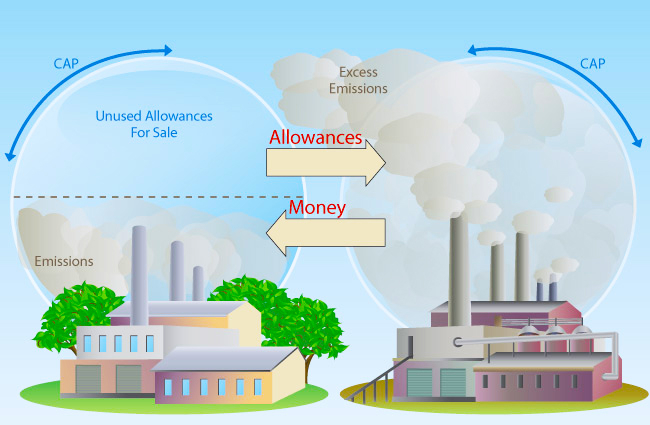 How would the NDP curb climate-warming emissions? Mulcair proposes a national cap and trade system.

It's a complex market system that forces companies to buy and trade government pollution permits. Firms could not pollute legally without them. Companies that stay below their Ottawa-assigned emissions target —i.e. their "cap"— would have pollution permits to spare. These in turn could be sold to firms that pollute too much.

Cap and trade creates a "market price" for carbon that gets increasingly expensive as the pollution cap drops annually towards a long-term climate target for Canada. Many economists like the idea, but other analysts think cap and trade can be easily gamed, by claiming false pollution reductions. Worse, politicians could tweak concessions to favoured industries, or make the cap not penalizing enough.

Complicating matters, how would the NDP's national cap and trade system jive with the patchwork of provincial approaches? B.C. has a carbon tax, and Ontario and Quebec have regional cap and trade with California. Mulcair says he'd work it out.

"I’m going to bring as many provincial reps with me to Paris as possible. But I’m going to make sure that everyone understands that this is a national obligation and we’re going to meet those targets.

"I want Canada to stop fighting against the planet and start working with the world. This is what we’re going to do. We’re going to get it done."