Here's a letter from my MLA defending the cruel practice of trophy hunting in B.C.

By Hamish Stewart in Opinion | September 16th 2015
#18 of 28 articles from the Special Report: Trophy Hunt 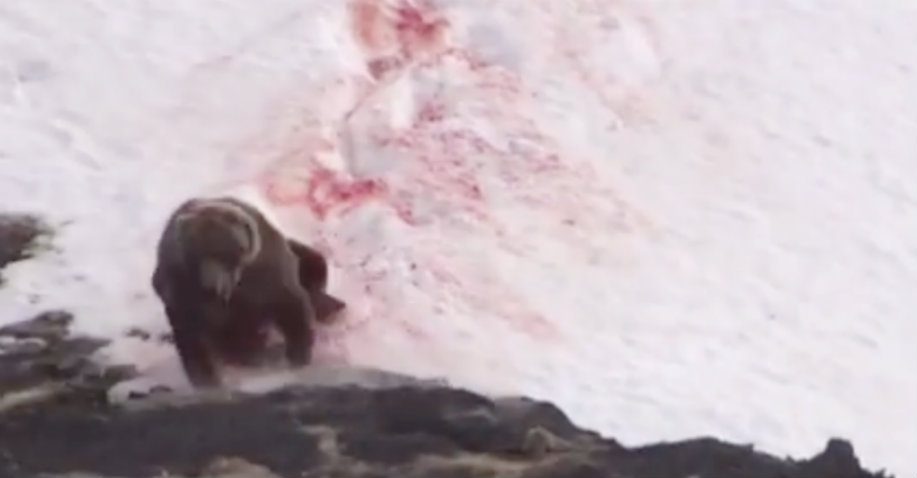 Here's a letter from my MLA defending the cruel practice of trophy hunting in B.C.

I write to you as a constituent to request that you take a public position on the bear trophy hunt in British Columbia. This open letter is in response to your decision not to provide an independent reply to the questions raised below, and to forward me a pre-prepared Ministry response. Your Vancouver Quilchena constituents deserve better than the off-point talking points provided below.

While I appreciate your contention that trophy hunting and tourism are not mutually exclusive activities, there is an obvious choice between the two in some respects: (a) a rotting, headless bear carcass is not going to be of interest to camera-toting international tourists; (b) non-hunting tourists will not be able to visit areas that are actively used for hunting for safety reasons; and (c) the international perception of BC as a supporter of what is in some cases barbaric trophy hunting (see recent video) will damage the reputation and attractiveness of BC as an international eco-tourism destination.

Bears have far more economic and job-creation value if kept alive rather than being sold as wall decoration for a small number of mostly American big game hunters. By its own account, the government already spends more money administering the bear hunt than it earns in licensing and related fees [1]. Bear and related wildlife viewing, by contrast, is a profitable business for entrepreneurs across the province.

In the Great Bear Rainforest in 2012, bear-viewing companies generated 12 times more visitor spending than bear hunting in the same area: viewing expenditures were $15.1 million while guided non-resident and resident hunters combined generated only $1.2 million in revenue [2].

While the popularity of bear viewing in the province only increases, trophy hunting revenue is capped by external market forces, including cultural discomfort at the practice at home and abroad, and a European Union ban on the importation of severed grizzly bear heads (trophies) from BC in place since 2002 [3].The most recent sadistic bear killing videos by amateur hunters in BC and Alberta will only increase international disgust at your continued support for the practice [4].

British Columbia is celebrated around the world for its natural beauty and charismatic mega fauna – the possibility of seeing a bear and other majestic animals in their natural habitat is what draws millions of visitors to our province every year.

Questions from a Confused Constituent

Myself, along with my neighbours in Dunbar and the rest of Vancouver-Quilchena look forward to reading your response to the two earnest questions below:

(1) Given the number of people who come to British Columbia each year to enjoy our wilderness, and who would pay good money for the chance to photograph a bear in the wild, while staying in BC hotels and paying BC wilderness tour guides, and who would spend longer in the province than trophy hunters, why does the government continue to support the trophy hunt?

(2) If you believe in innovation, job creation and sustainable prosperity in our province, why do you not support protection of the bear population for scientific research, tourism, and the innovative blending of scientific research and ecotourism that has been highly successful (and profitable) in British Columbia, and around the world?

Thank you for providing a response that goes beyond the template Ministerial reply that has thus far been your only answer.

Thank you for your letter. With respect to the sources you cited, the ministry is disappointed with the CREST report, which misrepresents bear viewing and bear hunting as mutually exclusive activities.

The report makes a number of significant errors, including:

Ministry biologists consult with a wide range of stakeholders and the general public to ensure effective and sustainable management of the province’s wildlife resources. While there are strongly differing beliefs and values on the management of grizzly bear populations, creating an artificial divide between the bear viewing and bear hunting industries is not in the best economic interests of B.C. residents.

The grizzly bear harvest is based on the best available science. The principles behind our decisions are: a reliable population estimate; estimates of sustainable human-caused mortality rates; and deliberately conservative mortality limits.

Approximately 35 per cent of British Columbia is closed to grizzly hunting. Within the traditional territories of the Coastal First Nations, approximately 58 per cent is closed to grizzly hunting. In spring 2009, government created three new grizzly bear Management Areas in the Great Bear Rainforest, totaling 1.16 million hectares, 470,000 of which were previously open for hunting. These include the Khutzamateen, Ahnuhati and Nass-Skeena areas.

Historically, hunters have taken around 300 grizzly bears a year out of an estimated population of 15,000, or a two per cent harvest rate. Every harvested grizzly bear is tracked by the ministry by specific kill location.

Black bears are abundant in the province and their population, estimated at 120,000 to 160,000, is not at risk either provincially, or more specifically within the Great Bear Rainforest. The harvest rate for black bears in the province is approximately three per cent, which is well below the sustainability level.

In addition, the hunting of white-phase black bears is prohibited in all areas of British Columbia. In order to protect the black bear population that most commonly carries the Kermode gene, 122,000 hectares of coastal B.C. is banned to black bear hunting of any kind. In other areas of the Great Bear Rainforest, black bear hunting is permitted subject to a harvest limit of two bears per hunter per year, which is well within conservation requirements.

These measures ensure that neither the Kermode, nor its genetic stock is under any threat as a result of hunting activity.

[1] Centre for Responsible Travel (2014) ‘Economic Impact of Bear Viewing and Bear Hunting in The Great Bear Rainforest of British Columbia,’ online: http://www.responsibletravel.org/projects/documents/Economic_Impact_of_Bear_Viewing_and_Bear_Hunting_in_GBR_of_BC.pdf, at 15.

[3] Management of Grizzlies in British Columbia: a review by an independent scientific panel (2003), online: http://www.env.gov.bc.ca/wld/documents/gbear_finalspr.pdf.