By The Canadian Press | News | October 3rd 2015
#105 of 220 articles from the Special Report: Canada's 2015 Federal Election Campaign
Fund this Report 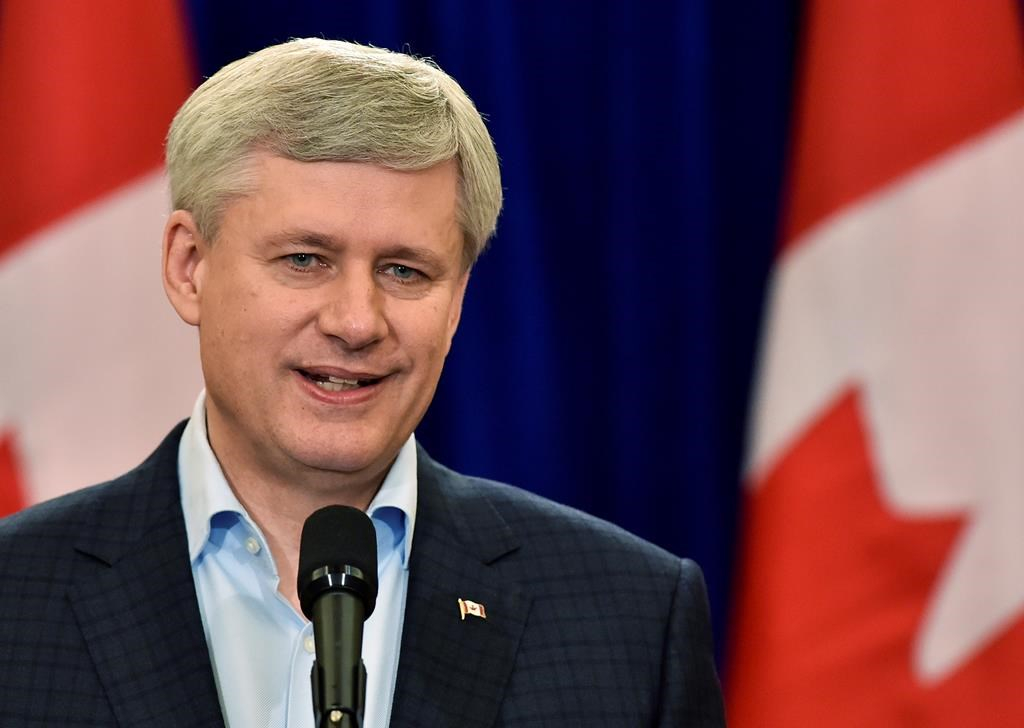 Stephen Harper might not be the only one on the federal campaign trail who's crossing his fingers for a deal on the blockbuster Trans-Pacific Partnership, which the Conservative leader says would be a huge boon to the Canadian economy.

The controversy over the colossal, 12-country agreement — Harper bills it as the largest trade deal in history — plays right into the hands of Tom Mulcair.

It would be disingenuous to suggest the New Democrat leader wants to see the TPP come to pass, a development that seemed close Saturday given Harper's impromptu news conference and signals out of the talks in Atlanta that an agreement in principle could be imminent.

But judging from Mulcair's fiery rhetoric from the heart of Quebec dairy country, the agreement — and its potential impact on central Canadian farmers and auto workers — could be just the thing to help voters in the province forget about his opposition to a ban on the niqab.

"Mr. Harper has absolutely no mandate to sacrifice family farms like this one," Mulcair said during a news conference at a farm in Upton, Que., outside of Montreal.

He went on to say that an NDP government would rip up any agreement that doesn't protect the fundamental pillars of supply management — a regime of production controls and import tariffs that protects Canadian dairy farmers and which some have suggested could be on the table at the trade talks taking place in Atlanta.

Harper emerged early Saturday in Montreal, summoning journalists somewhat unexpectedly to report that the talks were continuing and that he was receiving regular updates — a clear sign that he expects a deal to come together very soon.

If it does, the Conservative leader said his government's intention would be to disclose the details of the agreement.

"Progress has been made, but negotiations are still ongoing, and I am receiving regular updates from our officials who are on the ground," Harper said.

"Let me assure everyone that we will only conclude a deal that is in the best interests of our country."

The partnership would create thousands of new jobs in Canada and provide access to a market of almost 800 million new customers in the Asia-Pacific region, he added.

Later Saturday, Harper promoted the virtues of a deal during a campaign stop in Newfoundland and Labrador. The province has been unfriendly territory to the Conservatives in recent years.

Harper told supporters in Bay Roberts that those who work in the province's fisheries sector would benefit from such a deal.

The Conservative leader has also repeatedly said the government intends to protect supply management, but not everyone is convinced.

He added: "We have a possibility of being in what could be the largest trade deal in history."

"It is a system we can and should be proud of. It has to be defended."

Upton is in the riding of Saint-Hyacinthe-Bagot, one of many seats that went to the New Democrats in the 2011 orange wave.

But the so-called "orange crush" of 2011 is being characterized as an "orange crash" four years later and it all appears to be the result of Mulcair's stated opposition to the controversial Conservative ban on face coverings during citizenship ceremonies.

Mulcair wasn't asked about the niqab Saturday, but in Friday night's French-language leaders' debate, he tried to turn the tables on Harper in the only way available to him: to denounce the tactic as the worst kind of incendiary identity politics.

"That is reflective of a profound contempt for Canadian values ... you are targeting a community to play politics. It's undignified of a Canadian prime minister to play this game against a minority."

Mulcair said that while he understands the niqab is an emotional issue for many people, he supports the existing rule that states anyone seeking citizenship must uncover their face to identify themselves before swearing the oath. He also tried to shield his position behind court decisions that have ruled against a ban on face coverings during the ceremonies.

"It's no longer a question of what we like or dislike," he said. "It also puts me ill at ease."

Liberal Leader Justin Trudeau wasn't on the campaign trail Saturday, but Ottawa candidate Catherine McKenna told a news conference that her party wouldn't pass judgment on the would-be agreement until they get a chance to learn more about its contents.

"At this point, we actually have no idea what's in the TPP and this government has been completely secret," McKenna said. "The devil is in the details of any trade deal and we just don't have the details."

It's now paramount for Mulcair to shield his party, which won 59 of Quebec's 75 seats four years ago, from the Tories in the Quebec City area, the Liberals in Montreal and the Bloc Quebecois in some of the province's rural regions.

Mulcair couldn't even bring himself to believe Harper would come through on his commitment to disclose details of the agreement.

"He can't be trusted on any guarantees he's given," he said, noting the prime minister said much the same thing about the Canada-Europe free trade agreement, and yet a final text still hasn't been released.

"You ask anybody in Canada who's ever dealt with Stephen Harper on these things whether they trust him. The answer's going to be 'No.'"

On Friday, the NDP released a letter from Mulcair to Trade Minister Ed Fast warning an NDP government would not feel bound by the terms of the TPP, should it indeed come together during the election campaign.

Mulcair and other critics say the government is exceeding its authority during an campaign — it is supposed to act solely as a "caretaker" and not take actions that would tie the hands of future governments — by negotiating an international trade deal.

Green Party leader Elizabeth May said she opposes the TPP because it would raise prices for pharmaceutical drugs and threaten Canada's agricultural industry. She said leaked documents that she has seen show a provision requiring Crown corporations to turn a profit, making the CBC "toast." She did not elaborate on what documents she has seen.

At a noisy campaign rally in a Vancouver park, May asked supporters to knock on doors and help young people register to vote. The leader said every riding in B.C. had a chance of going Green and promised that a vote for her party wouldn't be wasted.