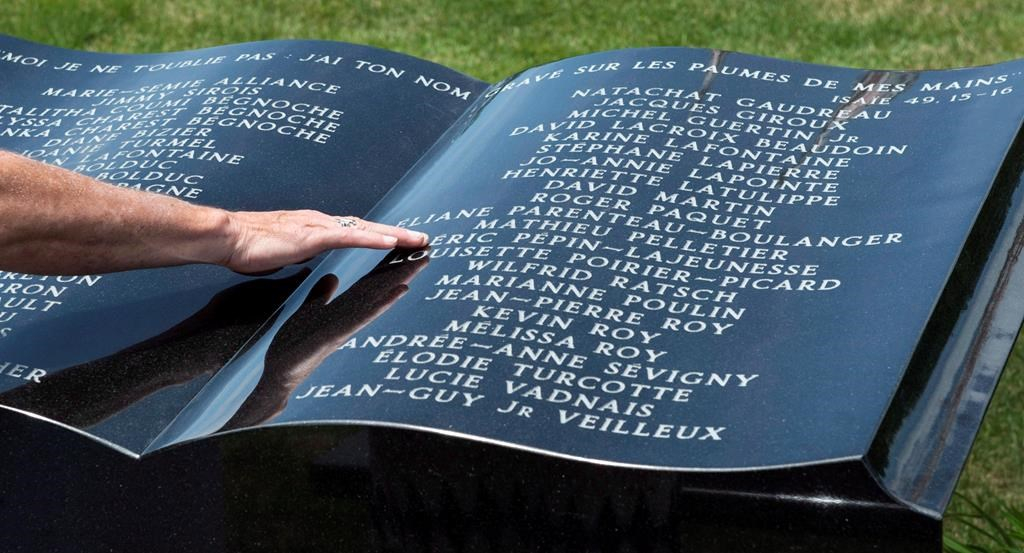 MONTREAL — Canadian Pacific Railway is willing to drop its appeal of the $450-million settlement fund for victims of the Lac-Megantic tragedy if it is granted certain legal protections, lawyers said Tuesday.

Lawyers for Montreal Maine and Atlantic Railway Ltd. (MMA), the now-defunct company responsible for the derailment that killed 47 people on July 6, 2013, tabled a motion earlier this week to change conditions of the fund.

If a judge accepts the modified conditions, Canadian Pacific (TSX:CP) will withdraw all its objections to the fund in Canada and in the United States.

That would allow victims of the disaster to start receiving their portion of the $450-million payout before the end of the year, said Andrew Adessky, the court-appointed monitor for MMA's bankruptcy proceedings.

While a judge is scheduled to hear the motion Thursday morning in Granby, 80 kilometres east of Montreal, the proceedings could be postponed.

Jeff Orenstein, the attorney representing the victims, said the lawyer for the city of Lac-Megantic has officially asked for the hearing to be put off in order for him to have more time to review the motion's wording.

"We just got (the motion) and we are studying it," he said.

Orenstein also cited the motion as saying CP has expressed a willingness to drop its appeal.

CP has been the only company accused in the derailment to not participate in the settlement fund and over the summer it filed motions to appeal a judge's decision approving the money for victims and creditors.

All the companies that offered money were to be released from legal liability for the derailment.

CP objected to the fund because it said it wasn't responsible for the disaster and it wouldn't be able to properly defend itself if it was taken to court by any of the firms released from legal liability or by other victims and creditors.

MMA's new motion seeks to clarify CP's legal obligations if the Canadian company is taken to court, loses, and is ordered to pay money for the derailment.

The motion "clarifies their rights, should someone pursue legal action and succeed in obtaining a judgment against them," Adessky said.

"This kind of clarifies certain (monetary) reductions that they are entitled to by virtue of how the (settlement) plan functions."

CP spokesman Martin Cej said in an email that the railroad "has always supported the immediate payment of compensation to victims by those responsible for the incident."

"And although CP was not at fault in the derailment ... the company has been working with the trustee on a solution that protects CP's interests while allowing compensation to be paid to the victims as soon as possible," he said.

On July 6, 2013, an unmanned train owned by MMA roared into Lac-Megantic and derailed, with its cargo exploding and decimating part of the downtown core.

MMA didn’t have enough insurance to pay damages to victims and creditors, so it filed for bankruptcy in the United States and Canada. The settlement fund is tied to the bankruptcy proceedings on both sides of the border.

A judge in Canada has already accepted the terms of the fund, while a U.S. judge is expected to rule on the acceptability of the fund Friday.

Adessky said the only party to object to the terms of the fund on either side of the border was CP.