Harper 'betrayed and abandoned' me in insect-infested cell, journalist says

By The Canadian Press | News, Politics | October 13th 2015
#25 of 32 articles from the Special Report: Assessing Stephen Harper
Fund this Report 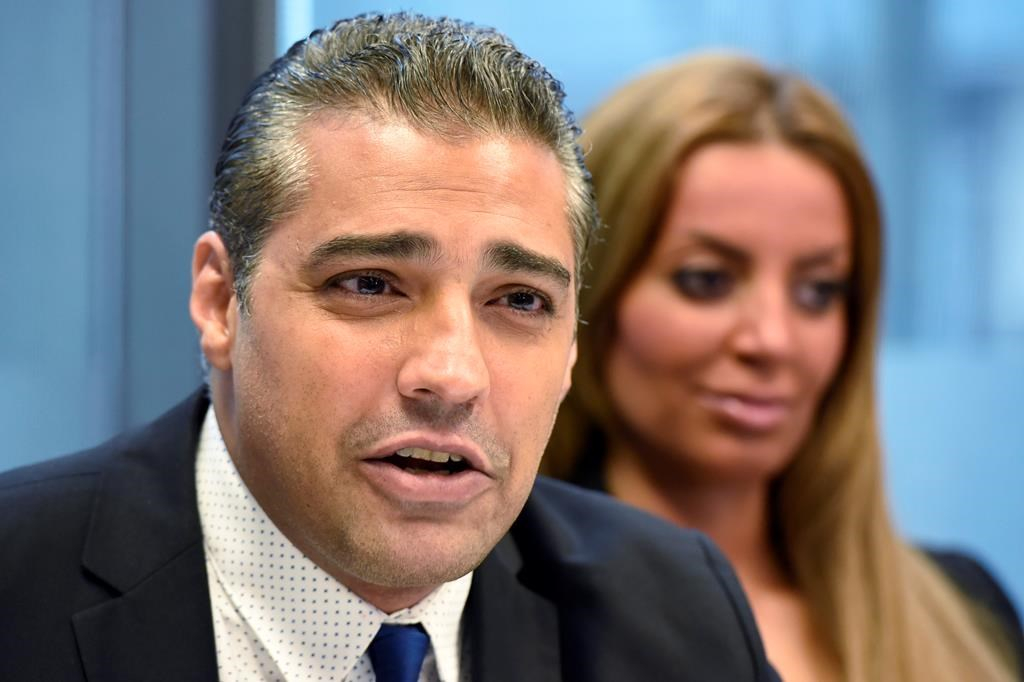 TORONTO — Freed journalist Mohamed Fahmy lashed out at Prime Minister Stephen Harper on Tuesday, accusing him of washing his hands of his case when intervention with the highest levels of the Egyptian government was most needed.

Speaking at a news conference in Toronto, Fahmy said he initially refused to believe Harper was not bringing his full weight to bear on Egyptian authorities.

"While you here citizens in Canada and around the world clearly understood the urgency of the situation we faced in prison in Egypt, the Harper government did not," Fahmy said.

"Sitting in that prison cell, it was difficult not to feel betrayed and abandoned by Prime Minister Harper."

Instead of taking action to lean on the Egyptian President Abdel-Fattah el-Sissi, Fahmy said Harper turned the case over to lower-level members of his government who simply didn't have the power to help.

Fahmy, 41, was the Cairo bureau chief for Al-Jazeera English when he was arrested in Egypt in 2013 with two colleagues. He was ultimately convicted of terror-related charges and sentenced to three years in prison in a widely condemned retrial this year for airing what a court described as "false news'' and coverage biased in favour of the now-banned Muslim Brotherhood.

Fahmy, who finally arrived in Toronto on Sunday after el-Sisi pardoned him, said he met Liberal Leader Justin Trudeau on Monday evening and planned a meeting with NDP Leader Tom Mulcair on Tuesday to talk about issues of media freedom and the wrongful imprisonment of journalists.

He said both opposition leaders had tried to help as best they could during his long ordeal, while members of the Conservative government were unwilling to talk to him or his lawyers.

"There are no words to describe when you are wrongfully convicted and sitting in a cold cell infested with insects nurturing a broken shoulder," Fahmy said. "But when you're there, your only hope is that your prime minister will do everything in his power to get you out of there."

A senior government official, who spoke on condition of anonymity, has said Harper did indeed speak with Egypt's president and sent several letters on Fahmy's behalf.

Fahmy said if that happened, he was "thankful" but he said Harper should have been "more transparent" about making such a call. There's little doubt Canada's stance was "very mild." He also accused former foreign affairs minister John Baird of prolonging his incarceration when he said Canada would not prosecute Fahmy if Egypt kicked him out.

Despite his strong language, Fahmy said he was not endorsing anyone for the Oct. 19 election.

He also drew attention to other journalists who remain in prison for simply doing their jobs and he blasted Al-Jazeera — he is suing the network — for failures and distortions he said led to his imprisonment.

Fahmy, who moved to Canada with his family in 1991, has said he plans to take up a position as an adjunct professor at the University of British Columbia's school of journalism in Vancouver. He is also writing a book about his experiences.