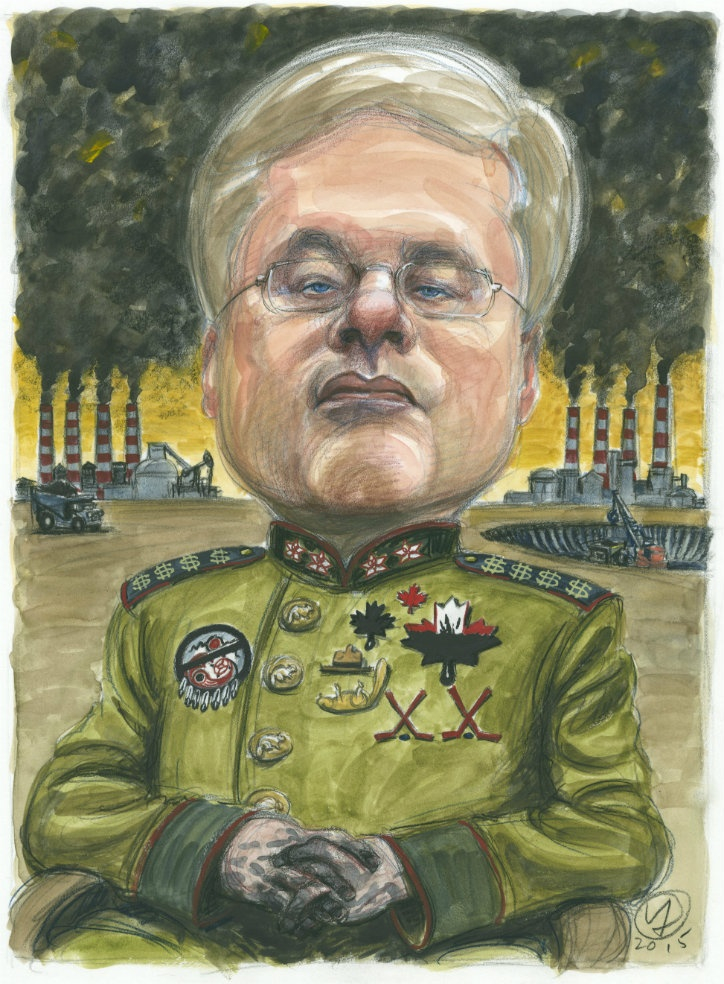 Who to vote for next Monday?

This question resonates among voters far greater in this election than any other since 1988 when free trade was the burning issue.

And that’s because the Harper regime is arguably Canada’s worst government in our lifetime. In ten years, the Conservatives have attempted to dismantle the very foundations of what makes this country envied around the world – our democratic structures, our sense of social unity, our rule of law, our environmental laws, our transparency, and the recognition the state has a role in caring for the less fortunate. Additionally, the notion that the rich must pay their fair share of the freight.

Instead, Harper has brought fear, suspicion, secrecy, draconian new laws of surveillance, income inequality and handed over our resources to corporations, both domestic and foreign-owned, while gutting our environmental protections. He pulled Canada out of Kyoto and has thrown his entire economic agenda behind developing the oil sands – the world’s biggest climate change time bomb.

Harper has whipped up bigotry against minorities — notably Muslim Canadians — and has displayed contempt for the very institutions or legislation that make Canada unique – whether it’s the CBC, our Charter of Rights, or our election laws. And he has dramatically cut taxes for the rich and corporate sector while imperiling the state’s finances, needlessly adding $150-billion in debt to the public tab and running deficits every year since 2008.

Now Canadians have a chance to throw him out.

But who among the three main opposition parties to select?

After all, Canada’s flawed first-past-the-post electoral system greatly favours the Tories and risks splitting the vote among the nearly 70 per cent of the population who plan to vote against Harper. This system means that seats are won by the party who wins the most votes in individual ridings – not the majority of votes.

In fact, the Conservatives picked up an additional 20 seats in Ontario during that election even though the combined Liberal and NDP votes in those ridings outnumbered the Tory winner. One analysis said if you added the opposition votes together that year, the Tories would have won only 137 seats – far below the 155 required for a majority.

This reality means one thing and one thing only: Canadians must vote strategically come Monday.

For diehard supporters of one of the three main opposition parties, this might mean checking your party loyalty at the door and voting for a candidate you don’t really care for.

Take the Liberals, for example, who seem to have the best chance of unseating the Tories at this juncture. Critics point out that the Liberals’ agenda is not that dissimilar from the Tories: they support development of the tar sands, Keystone XL pipeline, and backed the awful Bill C-51.

But the Liberals of Justin Trudeau would still form a much better government than having Harper win another election. And that’s the reality Canadians face if you don’t vote strategically. Voting for the Greens, for instance, might make you feel good, but it also might ensure that Harper could continue his on-going untrammeled efforts to destroy our nation’s environment.

Thus, we urge voters to check the websites of organizations like Leadnow.ca and AnyonebutHarper.net to see who in your riding among the opposition parties has the best chance of unseating the Tories.

And do the smart thing – vote strategically.