Cannabis: how can Stephen Harper be so persistently, desperately wrong? 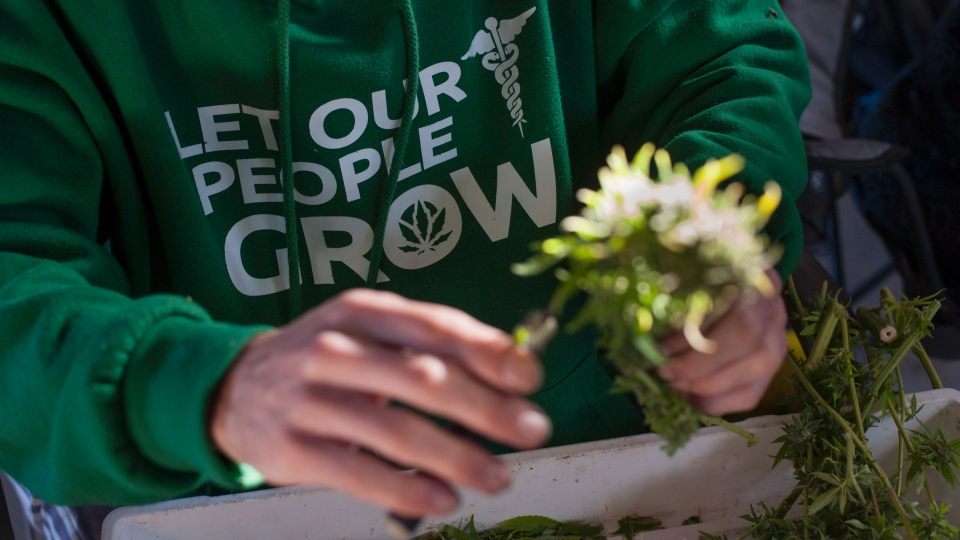 Says Stephen Harper: legalizing cannabis is “the wrong direction for society”, causing more addiction and greater use by children.

In his latest outburst a few days ago, he ventured even further into political right field: “There's just overwhelming and growing scientific and medical evidence about the bad, long-term effects of marijuana. We've spent a couple of generations trying to reduce the usage of tobacco in Canada with a lot of success. Tobacco is a product that does a lot of damage. Marijuana is infinitely worse and it's something that we do not want to encourage." [Emphasis added].

How could a prominent figure – speaking in public, where he actually wants to be heard – be so amazingly wrong?

If there were a shred of truth to Stephen Harper’s contentions, then alcohol, aspirin and half of the medications used for pain control and for mental illness in this country should immediately be taken off the market and banned.

That’s because alcohol, aspirin and many drugs used for mental illness and pain control are far more dangerous than cannabis.

And the harms of tobacco use are so well documented and protean as to constitute a true epidemic.

Hazards of cannabis – for drug makers, not for human health

Frankly the real “danger” embodied in cannabis, which Stephen Harper is reluctant to discuss, has nothing to do with health, but is economic: it can do financial injury to multinational drug companies.

Cannabis presents a major risk to the bottom line of Big Pharma, especially those companies which sell medications for pain and anxiety and epilepsy – and possibly cancer. That’s because cannabis itself, and various extracts of the plant, have been shown in a variety of research studies to produce beneficial effects on all these conditions.

Not surprisingly then, the main opponents of legalizing marijuana within the health professions have been physicians with close ties to the pharmaceutical industry.

The other side of the coin is the alleged hazards imputed to cannabis, again consistently and grossly overstated, especially by Conservative ministers like Rona Ambrose, who have rattled on about them interminably.

In doing so, they have carefully avoided talking about anything remotely resembling scientific evidence.

One of the primary reasons why such allegations are irrational is the simple fact that in practical terms, you cannot either deliberately or accidentally kill yourself with cannabis. You can kill yourself intentionally or inadvertently with aspirin, acetaminophen (Tylenol), alcohol, benzodiazepines like Valium, Ativan and Serax, pain medications like morphine, oxycodone and hydromorphone, and some antidepressant and antipsychotic drugs – and you can do serious damage with a number of other medications that my profession regularly prescribes to patients.

But you can’t do it with cannabis, because the plant and its extracts have a very minimal effect on the part of the brain called the “brainstem”, the part that controls essential functions such as breathing and consciousness.

The problem for Stephen Harper is that cannabis actually works

The Canadian Medical Association has adopted a very conservative approach towards cannabis, but this approach is increasingly challenged by direct evidence. Recent announcements from Vancouver, from the Centre for Excellent in HIV/AIDS, have cited new evidence which shows cannabis can be helpful in dealing with the neuropathic pain and other problems associated with this disease. Other evidence suggests effectiveness of cannabis in dealing with nausea, with other kinds of pain besides neuropathic (nerve-mediated), and with anxiety - particularly anxiety experienced by veterans suffering from posttraumatic stress disorder. Case reports suggest effectiveness against some forms of epilepsy, and there is indirect evidence of effectiveness against certain kinds of cancers.

In all these cases, effectiveness is not tarnished by severe or dangerous adverse effects, especially if taken in oral form or inhaled as a vapour.

Multiple studies by Dr. Gale Richardson at the University of Pittsburgh have shown that even for the developing fetus, “the magnitude of the marijuana affects was small and limited to only a few aspects of functioning.” Compare this to the widely known and catastrophic effects of, say, fetal alcohol syndrome.

The drug industry knows a good thing, even if Stephen Harper doesn’t

And by the way, it is said that imitation is the sincerest form of flattery.

What is not widely appreciated is the fact that the drug industry is quietly flattering cannabis by aggressively pursuing the development of synthetic forms of one or other of the plant's components, which, because they differ slightly from the naturally occurring form, can then be patented and sold for a grossly inflated profit.

Harper’s ideology is immune to reason, but other Conservatives beg to differ

The other reason why the Harper government is so resolutely opposed to cannabis is ideological. Stephen Harper belongs, as is well known by now, to a doctrinaire evangelical body called the Christian and Missionary Alliance. The teachings of this denomination decry the use of all recreational substances (although they undoubtedly except the stimulant caffeine from this rule). Over and over again, the Prime Minister has made decisions about public policy based on his personal beliefs.

With his domineering and micro-managing leanings, Stephen Harper has also insisted that all representatives of his government read from the same hymn book and categorically reject the use of cannabis.

But there’s dissent even within Conservative ranks

Having said that, however, it is worth noting that there is an element within the Conservative Party that does not share the Prime Minister’s vision, and has formally spoken against it.

Called Canadian Conservatives for Legal Marijuana, the group states clearly, on the opening page of its website: “real Conservatives support legal marijuana! Prohibition is not consistent with core Conservative values.”

Other political leaders are more rational

Justin Trudeau and the Liberal Party have formally and clearly committed to legislation to legalize and regulate cannabis production and sales. The New Democratic Party has committed to decriminalization, and agreed to formally study legalization and other issues. The Green Party has recommended decriminalization and regulation of sales for both medical and personal use.

Only Stephen Harper, in his ongoing battle with reality, has maintained a stubborn and intellectually impoverished resistance to cannabis accessibility, reportedly stating that drugs such as marijuana ruin lives, rob youth of their future, tear families apart, make the streets less safe, and destroy communities.

My observations as a small town doctor

As a medical practitioner, living in a small community, I see patients on a regular basis who use cannabis products for medical reasons, or for their own purposes. The biological harm done to people by cannabis use, compared to that resulting from alcohol, is minuscule. The primary harm dealt out to people relates to marijuana’s illegality, and to its sometimes exorbitant cost relative to the means of low income users.

When I need information on the effects of cannabis, I certainly don’t rely on public statements by fantasy-driven politicians. I turn to bodies like the International Cannabinoid Research Society, or the Vancouver-based Centre for Excellence in HIV/AIDS.

Stephen Harper has been taken to the Supreme Court of Canada and has lost, when he tried to prove the simplistic notion that cannabis taken in oral form is identical in its effects to that inhaled as smoke. He is now spending taxpayer’s money once again, going before the Supreme Court of Canada in an attempt to prove that commercial marijuana products will cost patients no more than allowing them to grow it themselves – an equally absurd proposition for anyone reading this who is a gardener.

I predict he will lose again – at your and my expense.

Ironically, while spending tax dollars fighting cases in the Supreme Court, the Prime Minister, who touts his “steady hand” on the economy, is bypassing (as Colorado and Washington State have shown) a significant revenue stream generated by legalizing and licensing what is, after all, just another medicinally useful plant.

By the way, if you want an amusing take on this entire issue, try the Facebook page called Harpoon.

Cannabis is not the be-all and end-all of medicine. But neither is it the devil’s spawn. It’s time to save (and even earn) money, redirect policing energies to other things than policing marijuana use, and erase the involvement of the criminal world in cannabis. All of this can be accomplished by making it legal and licensing its use, once and for all.

Whatever else you do, please vote wisely on October 19.

P.S. Making a show, just now, of big love for admitted crack and heavy alcohol user, Rob Ford, while attempting to discredit Justin Trudeau for past use of marijuana shows another morally bankrupt side of Stephen Harper’s attempt to retain political power. It reveals that his stern resistance to cannabis can be overridden by one singular desire – a lust for power.