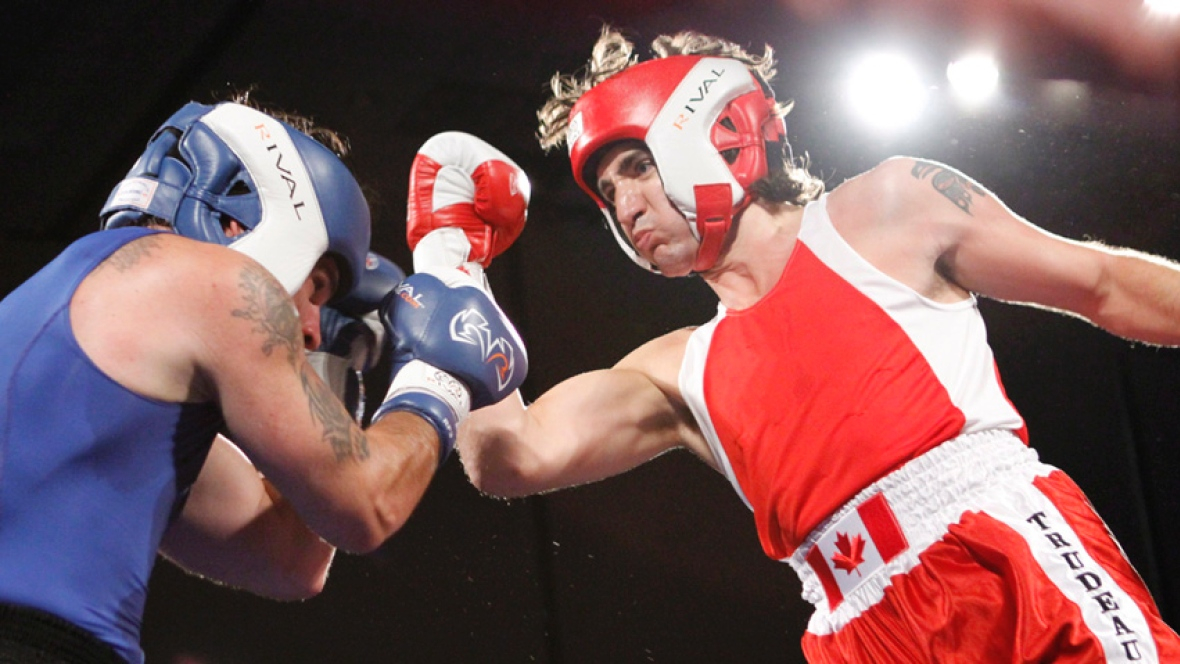 Like the skilled boxer he is, Justin Trudeau fought an unexpected high-stamina comeback from third place to victory in what will be remembered as an historic federal election.

The former drama teacher will restore the Liberals to power with much the same Trudeau-mania that his father, Pierre, brought to Canada in 1968. Liberal campaign stops in 2015, tepid at the summer start of the election —the longest in a century— grew to become rock-concert-like affairs.

A hoarse-voiced Trudeau yelled to a B.C. crowd what his first law would be as prime minister.

“The very first bill we’ll introduce into Parliament will cut taxes for the middle class by raising them for the wealthiest one per cent,” he said in Surrey on Sunday.

“You’ll pay less income tax on incomes between $45,000 and $90,000, and that means you’ll see more money from your paycheque right away,” he added, to ecstatic response from supporters, many of whom waved "For a Stronger Middle Class” red signs.

The 43-year-old — once considered by the Conservatives as an intellectual lightweight, prone to gaffes and lacking experience — has proven himself a powerful brawler, knocking out a once-first-place Tom Mulcair as the agent of change, and bleeding conservative heavyweight Stephen Harper out of 24 Sussex.

Trudeau's win is as remarkable as it is historic. He lifted the party from a mere 34 seats to forming a new government — something not achieved by a non-official-opposition party since the 1920s.

“It’s a Trudeau triumph, the re-birth of the Liberal party, and the defeat of Harper about whom I’ve never seen such antipathy towards a politician —greater than against Brian Mulroney, who was roundly hated,” said Canadian political historian Jack Granatstein in Toronto on Monday. 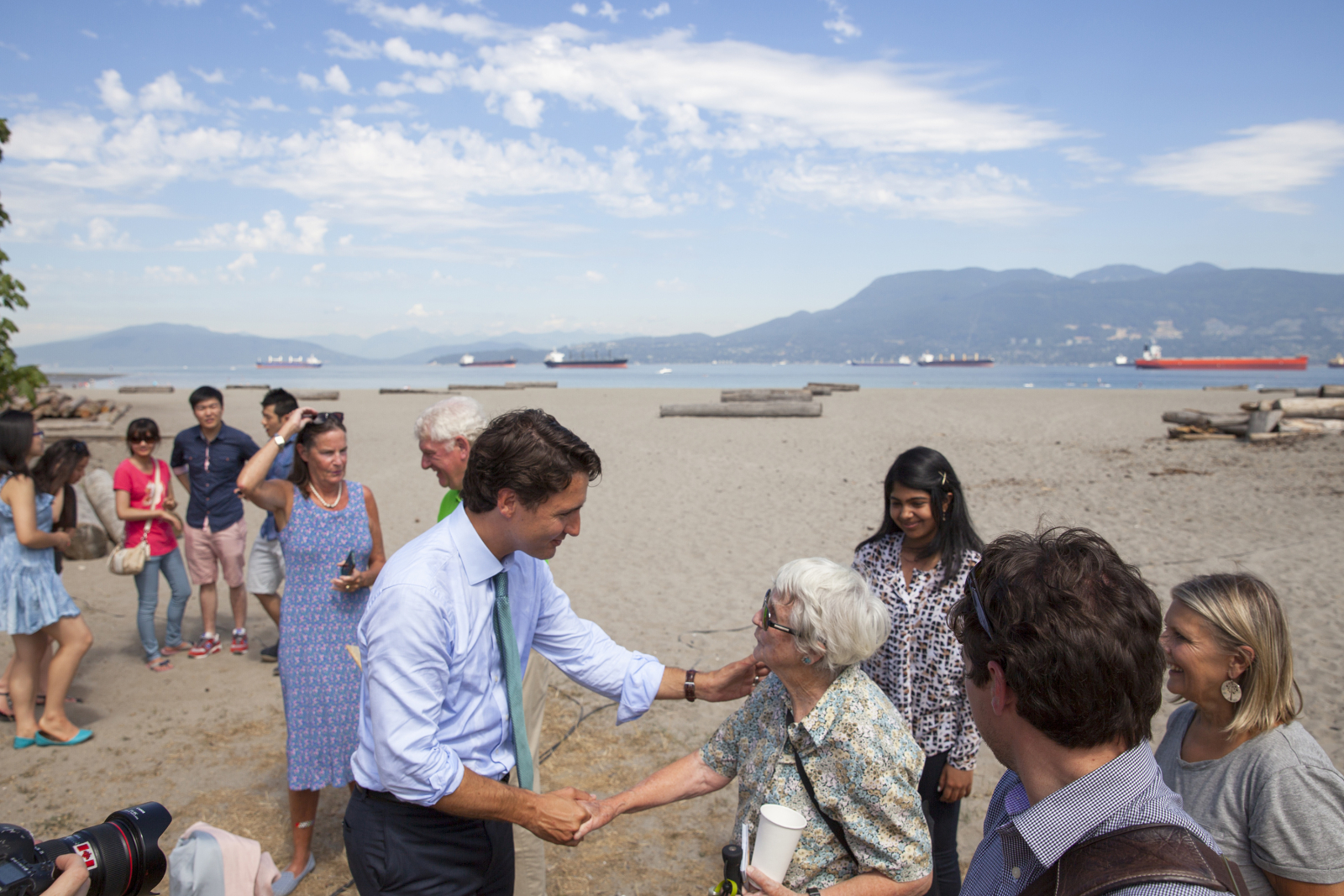 Justin Trudeau shakes hands with a senior in late July at Jericho beach in Vancouver. Photo by Mychaylo Prystupa.

Justin Trudeau will be the second-youngest prime minister in history, ending a near decade of Conservative power in Ottawa. At campaign stops, he looked voters in the eye, shook hands, and made people smile.

“He had a very positive platform and vision. I think people were getting fed up with the negativity,” said former Ontario Premier and ex-federal Liberal leader Bob Rae Monday night in Toronto. "I think his platform and performance in the debates were superior."

Rae says the 2015 victory has parallels to the party's 1993 win, when Liberal leader Jean Chrétien, waving a red book of promises, decimated a deeply unpopular right-of-centre government to just two seats. The victory ushered in three Liberal majority governments, and one minority government, keeping Liberals in power for 13 years.

Could Trudeau’s reign last as long?

“No one knows how Trudeau will govern. He certainly doesn’t have the experience that Jean Chrétien did as a long-time cabinet minister.”

Then there are question marks about what will happen to the NDP and Conservatives.

"It’s possible Jason Kenney will emerge as Conservative leader, and Mr. Kenney is an extraordinarily capable politician and could post a serious threat to Trudeau.”

“We don’t know what will happen with Mulcair — if he will stay or go, or who might replace him. It could be one of two young, charismatic politicians, such as Nathan Cullen." 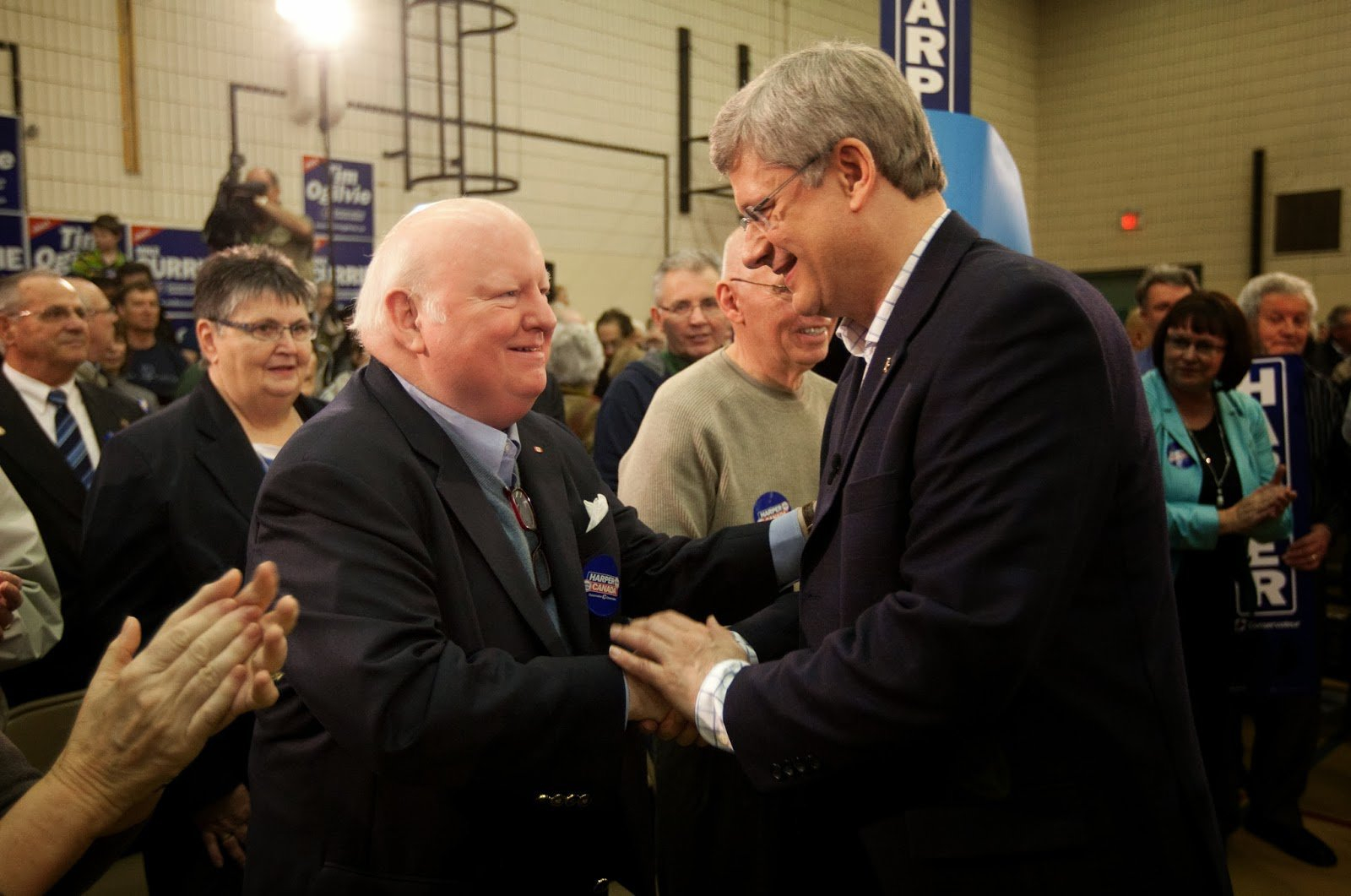 But perhaps the most defining feature of the 2015 election for many Canadians will be the tossing of Stephen Harper from power. Harper's use of omnibus bills, foot-dragging on climate change, gagging of federal scientists and proroguing of Parliament were defining points of Conservative rule.

Tom Flanagan, Harper's former strategist, says Harper’s "paranoid" and controlling tendencies went too far, overpowering any accomplishments Tories can claim, such as getting Canada through the 2008 recession, balancing most budgets, and reducing taxes to one of the lowest levels in 50 years.

“It was his style that turned people off and created this 'Harper derangement syndrome.' People were just frantic about getting rid of him —they just remember the Duffy Affair and all the obvious deceptions that went along with that kind of thing,” Flanagan says.

Even the eminent and staunchly conservative Conrad Black —founder of the National Post — wrote in a column on Saturday that Harper had to go.

"It was, until fairly recently, a good government, but it... has become frightening in its disregard for democratic institutions and the rights of the citizens to whom it must answer and is sworn to serve,” Black wrote.

Harper in the history books

So how will history remember him? Flanagan says Harper was a “middle-ranking” prime minister, who governed prudently and incrementally, but not revolutionarily.

“Historians are not going to see Harper as another [John A.] Macdonald or Wilfrid Laurier or MacKenzie-King. But they won’t see him as a John Turner or Kim Campbell —an insignificant figure who came and went without any impact. The comparisons will be with Chrétien or Mulroney.”

“It will be a new dawn for this country," he said.

"The image I had for this country before I came here in 1984 as that of a clean and friendly country, a neutral country, with pristine environments. Everything Harper has done since has destroyed that image, and destroyed these attributes about Canada." 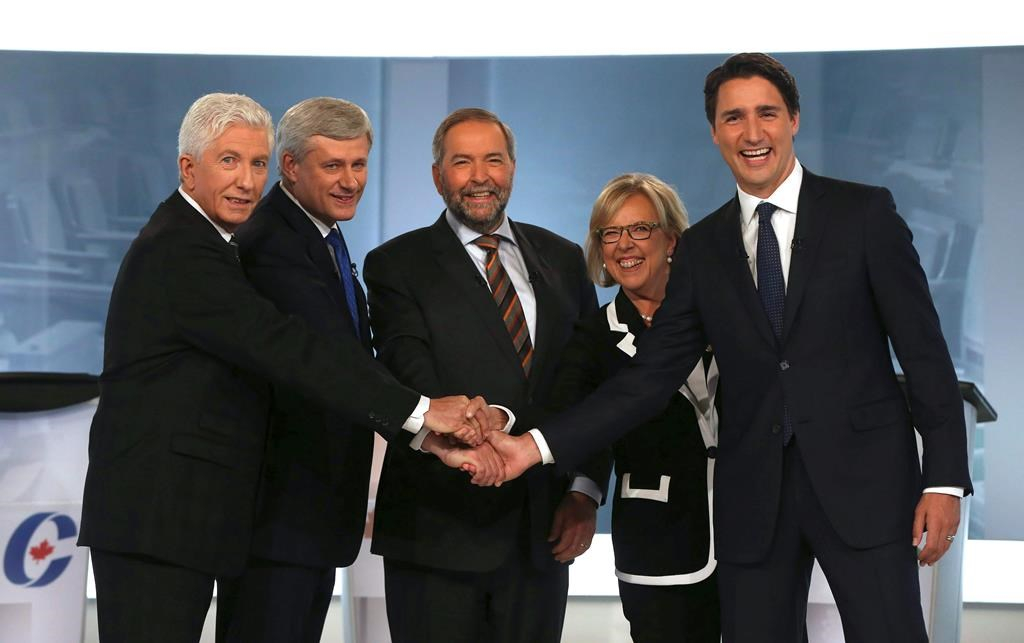 The 2015 election will also go down as the one that Mulcair lost, says long-time New Democrat and historian Gerald Caplan.

“However long you’ve been in it, in my case 50 years, this has been as close as [the NDP] have ever come to power. So to see the swan dive in front of our eyes is heartbreaking,” he said from Barrie, Ontario on Monday.

Early on, the NDP's fortunes were rising. Many applauded Mulcair's principled stand against Bill C-51 — an anti-terrorism law that critics say could be abused to spy on environmental activists deemed “terrorist” threats.

And by late August, Mulcair’s NDP was set for an historic NDP victory, with 37 per cent popularity. But it was short-lived. Mulcair had experience as a Quebec cabinet minister, but in the federal leaders' debates, he came across to many as wooden compared to a combative and passionate Trudeau.

The Liberal leader also surprised pundits with unexpected moves, such as a left-leaning promise to run a deficit for three years to stimulate the economy.

Caplan says Liberals "gambled, but they had nothing to lose by their gamble. So it was very smart strategy on their part."

Caplan also believes the NDP shifted more to the political center to try to be more electable, but it didn’t seem credible to many. And towards the end of the campaign, that showed, with the NDP opposing the giant 12-country Trans-Pacific Partnership (TPP). Mulcair made his harsh criticism of the trade deal a major message in an attempt to reverse they party's slide. It didn't.

“I think [the trade deal] was a complete dead duck to begin with. It was a debate only held among elites. Most people didn’t know what TPP stood for."

"So Mulcair thought they had nothing to lose by hammering it hard. But most people were indifferent to it. It also showed the NDP as a knee-jerk, old-fashioned party that didn't understand how globalization worked. So, it not only didn’t help us, it hurt us," Caplan says. 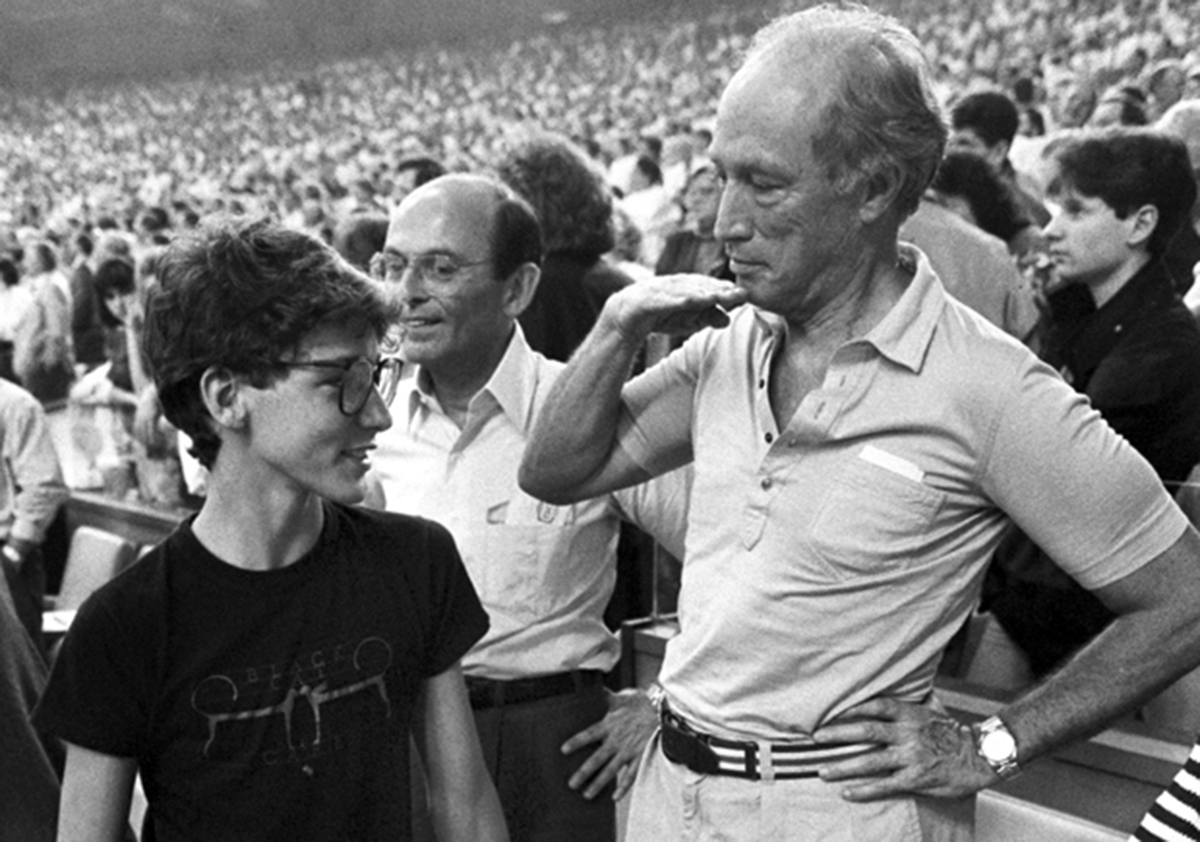 This election is also historic because it brought to power the son of Pierre Elliot Trudeau — one of Canada's most trail-blazing prime ministers. His governments were responsible for the Charter of Rights and Freedoms, multiculturalism and the National Energy Program.

But historian Jack Granatstein says, while Justin was a surprisingly good campaigner like his father, he does not match his intellect.

“Justin has as much charisma as his father. But does he have firm policy views? Pierre Trudeau was essentially running for office because he wanted to resolve the Quebec question. What are Justin’s deeply held views? I have no idea. I doubt he has any.”

“Right now, he’s run on raising taxes on the one per cent — that’s hardly a critical deeply-held principle. It’s not comparable to father’s position on keeping the country together, bilingualism, biculturalism, changes in foreign policy. It’s simply 'Get rid of the other guys, and put me in,'” Granatstein says.

"[Pierre] was more cerebral than Justin, but he had less emotional intelligence. Justin has enormously high EQ. He also has physical resilience and stamina, just like his father did. I think Justin finds it easier to share his emotions and compassion."

“I think that will stand him in good stead as Canada’s prime minister."

with files from Jenny Uechi