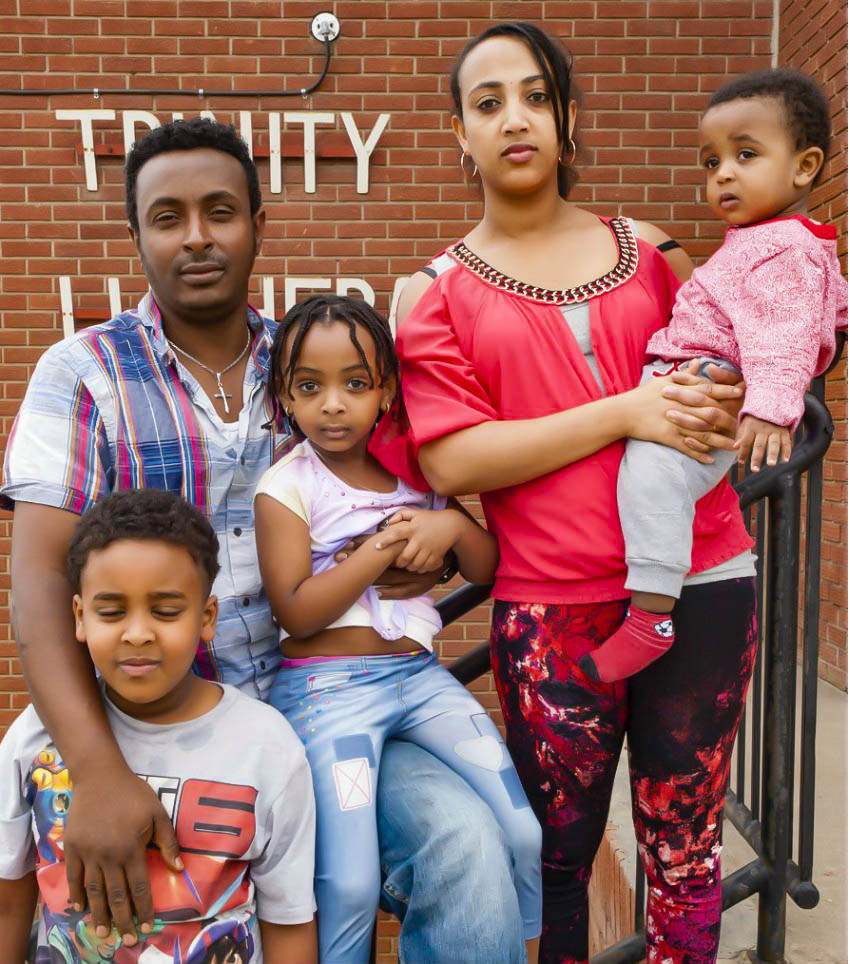 Fedhasa Mikael Hundessa arrived in Fort McMurray in 2007. He is currently employed with Shell, but worries about what will happen if the slowdown continues. Photo by Joshua Hergesheimer.
Previous story
Next story

Fort McMurray was a very different place when Fedhasa Mikael Hundessa moved there in 2007.

At the time, the northern Alberta town— the epicentre of Canada's oil sands industry — was booming, and rising prices had pushed crude oil to around US$85 per barrel.

It was a risky move for Hundessa, but at the time he had nothing to lose: the Ethiopian national, a refugee of the country's pro-democracy movement, was struggling to make ends meet in Winnipeg as a student with a part-time job earning $8 per hour.

Then one day on his lunch break, he happened to glance at a newspaper, and saw the advertisement that would change his life.

“The ad said this place called Fort McMurray was looking for manpower,” he said. “They said skilled workers, especially power engineers, could make up to $30 an hour. I had never heard of so much money!"

A turn of the tides

Life was good for a few years — Hundessa landed a heavy machinery job with Syncrude in the oil fields north of Fort McMurray and could afford the mortgage payments on his house. He even registered for a heavy duty mechanics course at local Keyano College, which landed him his current job with Shell Canada.

Things took a turn for the worse in August however, when North American oil prices dropped to their lowest level in nearly seven years. After hitting a peak of over US$100 per barrel in 2013, prices slumped to US$42 per barrel.

“The price of oil is very volatile and no one knows how much worse it will get,” he said. “Right now I think I am okay, but I don’t know about tomorrow.”

Today, Hundessa considers himself lucky to have a job — he knows plenty of people who have been laid off and spends nights worried about waking up to a similar fate. He reassures his wife and kids that his job is secure, but he isn't able to convince himself.

“It’s very scary, because you have a big mortgage,” he explained. “So if they lay you off, where will you find that money? How can you provide for your family? If you live in a big city at least you have lots of options to survive, but in Fort McMurray, you are relying on the oil companies.”

I asked him if he would leave Fort McMurray if he were let go at work. He shook his head.

“We came from somewhere else and we don’t have anybody in Canada, or any other place we are connected to,” said Hundessa. “So whatever happens, this is our home.”

Canada's oil is a 'natural resource,' but there’s nothing 'natural' about the methods used to extract it.

Mining muskeg and separating sand from oil, a process that’s been called “the largest industrial project on earth,” has spawned unprecedented concern about the environmental impacts of industry, and has polarized opinions across the country.

Unfortunately, oil sands dollars, which have been powering the Canadian economy since 2005, are quickly disappearing.

“The longer this goes on, the longer it’s going to take to recover,” Gary Leach, president of the Explorers and Producers Association of Canada, told the Financial Post in September as oil prices dipped below $40 per barrel.

He said oil and gas companies were moving into a "survivor mode," and that the mood in Alberta was that of a "boxer taking too many hits."

Like it or not, the Canadian economy has come to rely on 'the oil patch,' as evidenced by comments from the office of Alberta Finance Minister Joe Ceci as the province faced a deficit of $5.4 billion in August:

“Alberta is not immune to the economic challenges around the world and we continue to monitor the situation closely,” said his press secretary Marion Nader in a statement. “The government is focused on diversifying the economy by investing in infrastructure and building on our strengths and expertise in the oil and gas sector. We’re also focused on opening new markets for our products."

The steep drop in oil prices has since sent shockwaves across the country and in late September The Globe and Mail reported that Morgan Stanley had downgraded its assessment of the energy industry, reasoning that the oversupply of oil may not improve, and implying that investors should look elsewhere.

Buy-Turinabol-Paypal
Give straight back to all that are going to the wedding ceremony, if you make a speech right at the end, thanking anyone to be an element of your life. Many of the participants on the wedding ceremony are important areas of your background and should have thanks for your location at, the morning in the nuptial.
Anadrol-Kur
You will find 3 different types of apnea. Obstructive, central, and buildings are typical kinds of obstructive sleep apnea. You must go to the physician and also have a professional determine which type of sleep apnea you may have, to enable them to provide you with the best treatment method and suggestions to your certain condition.
Nandrolone For Sale
When you are a diabetic person there is an elevated chance that you simply will experience some sort of periodontal disease. Generating typical appointments on the dental professional and following his ideas on proper dental hygiene will ensure you will stay wholesome in this consideration. Correct flossing and brushing are very important areas of an everyday routine.
Hcg Funktion