The Optimistic Environmentalist: Progressing Towards a Greener Future

By Anne Watson | News, Culture | November 1st 2015
#11 of 15 articles from the Special Report: The Climate Innovator Next Door 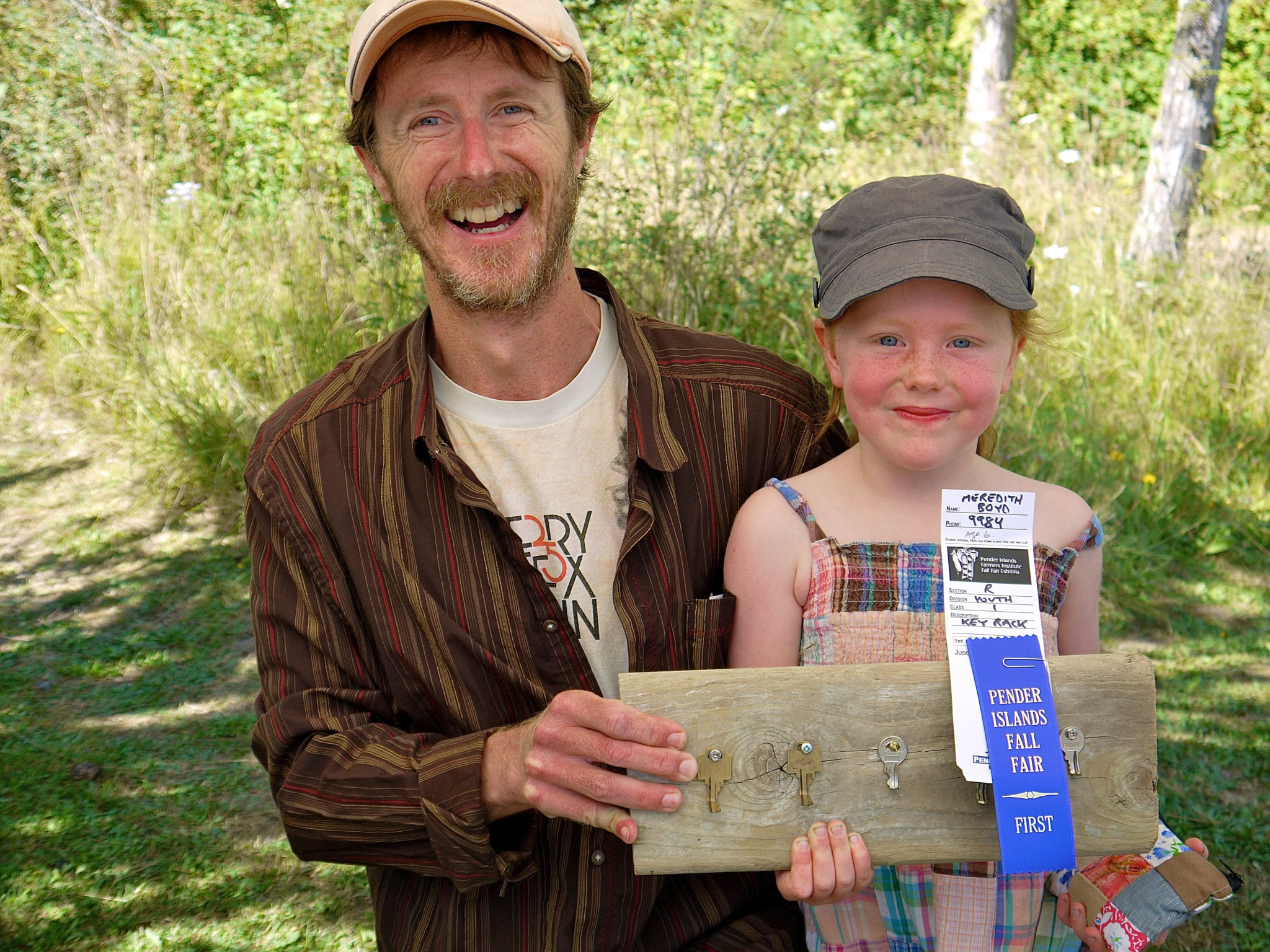 The Optimist Environmentalist: Progressing Towards a Greener Future is a book with an abundance of hope.

Author David R. Boyd’s enthusiasm is palpable, which can feel strange at a time when most predictions about the planet’s future are dire.

“All of this negativity inflicts real harm,” writes Boyd. “After all, human beings are hard-wired for optimism – neuroscientists believe it was selected for success through trials and tribulations of evolution.”

Boyd, an environmental lawyer, has been speaking at many universities lately. When he begins his talk, he asks: “‘How many people in this room have felt sad, mad, or even depressed because of the steady onslaught of bad news about the environment?’

“I’m not exaggerating to say 99.9 per cent of the university students — that’s over 1,000 in the last month — put up their hands,” he said in an interview from his home on Pender Island, B.C.

He believes these feelings are keeping young people away from professions as environmental stewards. It’s not just college students he worries about. His young daughter has come home upset about things she learned about global warming at school, and he sees colleagues suffering from fatigue and depression. Boyd’s book is his way offering hope.

“I realized there is large swath of people who just can’t take the bad news anymore. But if you change the story, interest surges. People get engaged again.”

His optimism is genuine, based on his experiences working as a consultant to Sweden, the City of Vancouver, and the David Suzuki Foundation, and helping his home community transition to renewable energy.

“The Environmental Optimist” covers a range of subjects from urbanization to pesticides. At its center are human stories of achievement through collective action, legal protections and innovation. The late Wangari Maathai, the 2004 Nobel Prize recipient who created the Green Belt Movement in Kenya to empowered women and bring back health to the environment, is one example. Since 1977, her organization has planted over 51 million trees.

Rather than telling of endangered species, Boyd relays the comeback stories. For example, the return of the bald eagle after endangerment from DDT (a poisonous insecticide), the re-emergence of the threatened gray whale, and the reforestation of previously deforested lands.

“Brazil,” he said, “has reduced deforestation over the past 10 or 15 years by more than 80 per cent, and countries like Norway and Germany recognize the global value of the Brazilian rainforest. Norway and Germany are contributing billions of dollars to help...”

“…This decrease in logging (in Brazil),” he writes in the book, “has kept more than three billion tonnes of greenhouse gases from entering the atmosphere, akin to taking every car in the U.S. off the roads for a year.”

It’s a heartening twist of perspective. Other environmentalists, scientists among them, may warn of the spiraling negative effects of global warming on rainforests, but not Boyd. He focuses instead on positive transformations.

He doesn’t deny global dependencies on oil for transportation, and coal for electricity generation, but chooses the story of the surging uses of renewables.

“When Obama became president, there were 535 coal fired power plants in the U.S., more than 200 have closed down since then. Of the fossil fuels, coal is really in its dying days. And that’s an encouraging story to me. Coal has been king since the industrial revolution,” he said.

In many developing countries, such as Africa and parts of India, where electricity has been scarce, renewables – wind, solar and water -- as energy solutions have leap frogged the development of fossil fuel based sources. “In Bangladesh,” Boyd writes, “two new PV (photovoltaic or solar) systems are installed on homes and businesses every minute.”

And Boyd has first hand experience with solar power.

“When I found out in writing this book just how quickly solar energy was taking off around the world, I started a group on Pender Island, called the Pender Island Solar Initiative,” he said.

They raised enough money to install solar panels on the recycling depot's roof and connect the system to the electrical grids. It's already generating more electricity than the recycling depot uses. At the end of the year, BC Hydro will be sending them a cheque, not a bill. Next up, a larger solar system for the roof of the island's school and a community-owned solar farm.

While critics argue that too much money is put into renewables, Boyd notes that there were far more subsidies to the fossil fuel industry (in 2013) than to renewables.

“The fact that there is a strong economic case for renewable energy, for new technology for getting rid of pollution...I think that case needs to be made because we live in a world where the majority of political leaders and decision makers still view decisions related to the environment as bargaining tradeoffs,” he said.

He said investments need to be ramped up in order to avoid "apocalyptic climate change scenarios that scientist are predicting under a business as usual scenario.”

Boyd suggests shifts in how we live as part of the solution.

We live in a linear economic system, he writes. We extract resources, make products, and then throw them away, generating waste and pollution at each stage. Instead, Boyd argues, we need to embrace a circular economy that includes zero waste, designs that produce 100 per cent recyclable products and use biomimicry. Circular also means repurposing and/or sharing of products, such as car sharing, leasing carpets, and renting out our homes.

If the planet is healthy, so are the people

One of the hallmarks in the battle for a healthy planet was achieved with the Montreal Protocol. This is history Boyd revisits as a case study. In the 1970s, scientists learned that chlorofluorochemicals (CFC), used as coolants in refrigerators and other appliances, were rapidly destroying the ozone layer. A refrigerator manufacturer, DuPont, feeling that their product sales were threatened, attacked the scientific findings in order to mislead the public.

It took over ten years to convince the public and governments of the scientific facts and ended with the historic signing of the Montreal Protocol, an international treaty designed to protect the ozone layer by phasing out products that were destroying it.

The work for a healthy planet continues. In 2010, the United Nations General Assembly passed a resolution recognizing “the right to safe and clean drinking water.” Canada abstained from supporting the resolution, and today, Boyd writes, there are approximately 5,000 homes in First Nations communities that lack running water and indoor toilets.

Last fall, Boyd helped the David Suzuki Foundation with their Blue Dot Tour across Canada, a movement to recognize every Canadian’s right to live in a healthy environment. Because of the Tour, more than 14,000 Canadians have volunteered to help the movement, and 95 municipal governments have passed resolution in support of it.

“The progress in less than one year is unbelievable,” said Boyd.

As co-chair of Vancouver’s Greenest City Action Team, Boyd thinks a lot about the built city. “For the first time in history, more than half of the people in the world now live in cities. By 2050, 70 percent of humanity, or 6.4 billion people, will live in urban areas, he writes.

Under Mayor Gregor Robertson, Vancouver’s goal is to be one of the greenest cities in the world.

“In 2009 when we started this initiative, I remember having a really funny conversation with Gregor…He was saying Vancouver’s goal should be to be the greenest city in the world. And I said, Look, you can’t credibly say that because we are so far behind the leading European cities on all the different metrics.”

“But he was Mayor, and I was just his Co-chair…In retrospect, it was the right idea. Setting the bar high has been a benefit to Vancouver,” said Boyd.

Vancouver’s residents enjoy the best urban air and water quality and generate the fewest greenhouse gas emissions per capita of any city in North America, said Boyd. And Vancouver places in the top ten in almost every category evaluated in the Siemen’s Green City Index.

These successes are accomplished by creating building density, offering alternatives to driving private vehicles, transitioning to renewables, and soon will include building codes that set the bar at net-zero energy use.

At the end of “The Optimistic Environmentalist,” Boyd asks the rhetorical question, “Will going green really require costly sacrifices and decreases in our standard of living? No,” he answers. “This myth has been debunked by piles of academic studies, and more importantly by the experiences of communities, companies, and countries around the world.

Still, he argues, to accomplish these positive outcomes “we need to cultivate more compassion, both for less fortunate humans and for the other species with whom we share the biosphere.”

The Optimistic Environmental: Progressing Towards a Greener Future is published by ECW Press.