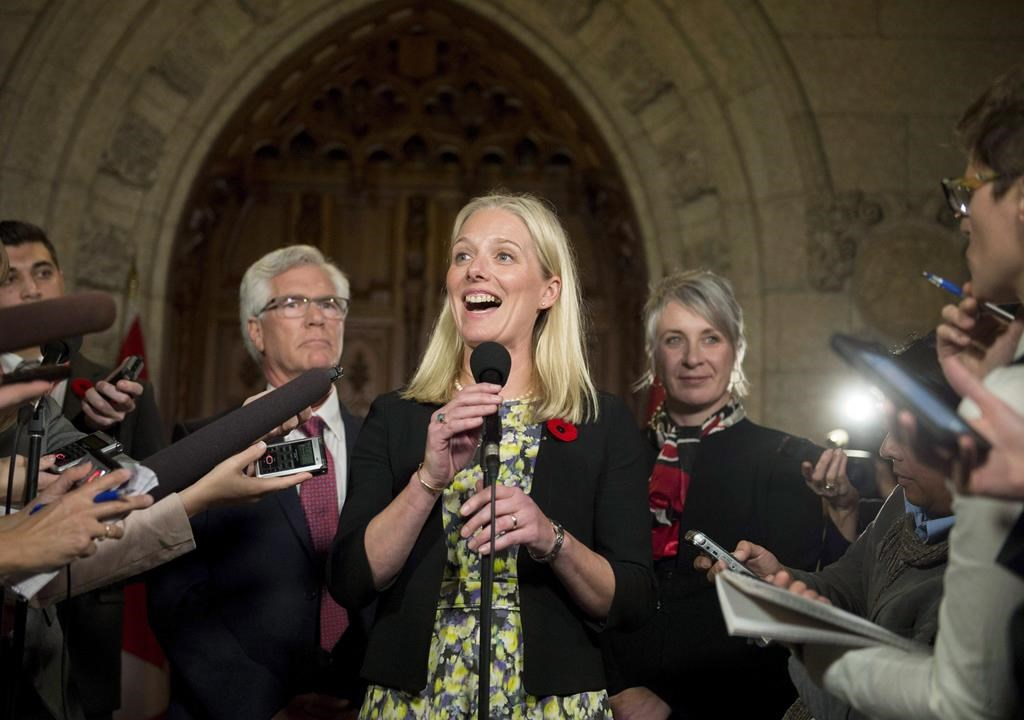 PARIS — Canada's new environment minister is in Paris taking part in talks with counterparts from a host of countries to lay the groundwork for this month's global climate change summit.

Catherine McKenna and her fellow ministers are spending the next three days looking for common ground on key issues in advance of the summit that begins Nov. 30.

She'll also have a number of one-on-one meetings, including with French Foreign Minister Laurent Fabius.

"Canada agrees the science is indisputable, and we recognize the need for urgent/greater action that is grounded in robust science," McKenna posted to Twitter on Sunday.

"Our main goal is to make sure that all human beings can fulfil a healthy, safe sustainable life."

Some 80 leaders will be gathering in the French capital to try to reach a binding agreement on reducing greenhouse gases.

Prime Minister Justin Trudeau is expected to be joined there by most of the premiers and at least some of the opposition party leaders.

The Liberals did not set a target for emissions reductions in their election platform, saying only they would set them informed by economic and scientific analysis.

Trudeau has also committed to calling a First Ministers meeting within 90 days of the conference to set a framework for combatting climate change.

The previous Conservative government's targets were a 30 per cent reduction in emissions from 2005 levels by 2030, which the Liberals called "inadequate and meaningless" without a plan to achieve them.

But environmental groups have criticized the new government, saying the Liberals have simply adopted the targets of the previous Conservative government, and don't appear to have a substantive plan heading into the Paris meetings.