UK: Global temps average this year could hit 1 degree Celsius mark over past for 1st time 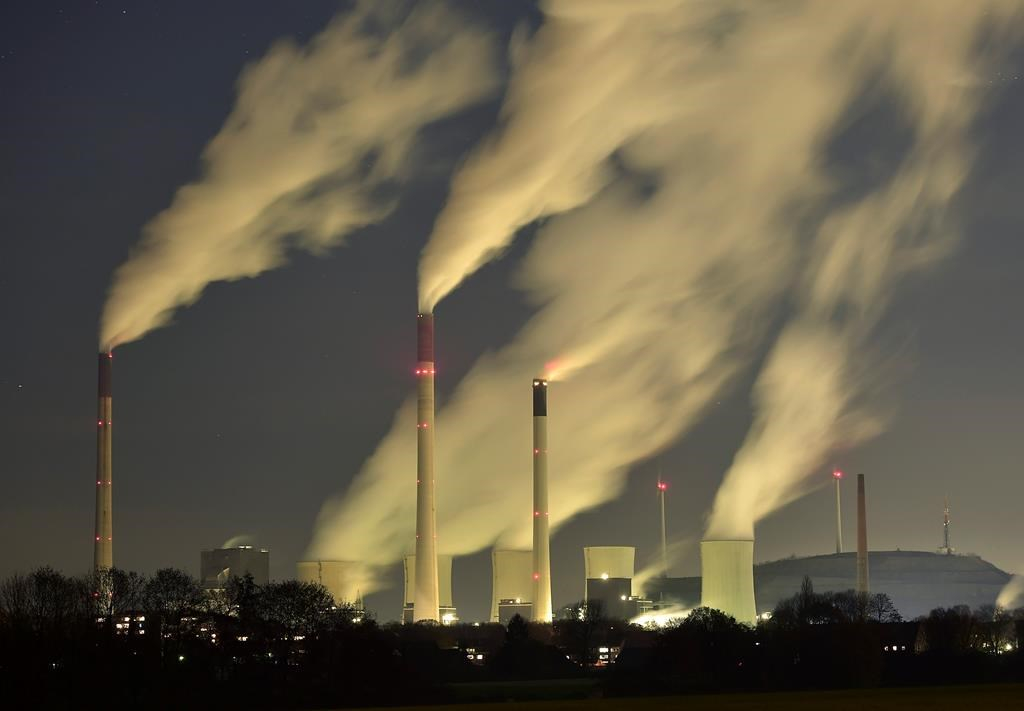 STOCKHOLM — This year is on track to be a record 1 degree Celsius (1.8 degrees Fahrenheit) hotter than the 19th-century average, hitting a symbolic milestone in the temperature rise that scientists blame mostly on human activities, Britain's weather service said Monday.

To measure global warming, scientists compare today's temperature level with that of the latter part of the 19th century, when record keeping began and before humans started burning fossil fuels on a large scale, releasing heat-trapping carbon dioxide into the air.

A rise of 1 degree C is important because it's halfway to the 2 degrees C (3.6 degrees F) that governments have set as a limit to avoid dangerous levels of warming.

The British Met Office said global temperatures in January-September were 1.02 C above the 1850-1900 average, adding that the remainder of the year is expected to remain hot because of the El Nino weather phenomenon.

"We've had similar natural events in the past, yet this is the first time we're set to reach the 1 degree C marker and it's clear that it is human influence driving our modern climate into uncharted territory," said Stephen Belcher, director of the Met Office Hadley Centre for climate science.

Met Office officials noted it doesn't mean every year from now will be at least 1 degree warmer, as natural variability will still play a role.

The World Meteorological Organization, the U.N. weather agency, is expected to release its assessment of this year's temperatures later this month, combining the Met Office numbers with data from NASA and the National Oceanic and Atmospheric Administration in the U.S.

On Monday, WMO reported that levels of carbon dioxide and methane, the two most important greenhouse gases, reached record highs last year, continuing the warming effect on the world's climate.

The CO2 level fluctuates throughout the year and the monthly average crossed the symbolic 400 ppm threshold in March 2015. The WMO said the annual average "is likely to pass 400 ppm in 2016."

Pushed by the burning of coal, oil and gas for energy, global CO2 levels are now 143 per cent higher than before the industrial revolution. Scientists say that's the main driver of global warming.

WMO said methane levels reached a new high of about 1,833 parts per billion in 2014. About 40 per cent of methane emissions come from natural sources and about 60 per cent from human activities like cattle breeding, rice agriculture and the extraction of fossil fuels.

"Every year we report a new record in greenhouse gas concentrations," WMO Secretary-General Michel Jarraud said. "We have to act now to slash greenhouse gas emissions if we are to have a chance to keep the increase in temperatures to manageable levels."

World governments are meeting in Paris at the end of this month to craft a new U.N. pact to rein in greenhouse gas emissions. More than 150 countries — including top greenhouse gas polluters China, the United States, the European Union and India — have pledged to cut or curb their emissions in the next decade.

Climate scientists say if global warming continues unabated, its dangerous effects could include the flooding of coastal cities and island nations, disruptions to agriculture and drinking water, the spread of diseases and the extinction of species.

"We're already seeing large impacts all around the world — a third global coral reef bleaching event, the triggering of irreversible loss of ice from the West Antarctic ice sheet, and extraordinary storms and heat waves," said Bill Hare, the head of the Berlin-based Climate Analytics research group. "World leaders need to see this as a massive wake-up call."

Karl Ritter can be reached at https://twitter.com/karl_Ritter

EDITOR'S NOTE: This story is part of a series focusing on the science, problems, solutions, costs and daily reality of climate change around the world ahead of the climate negotiations in Paris