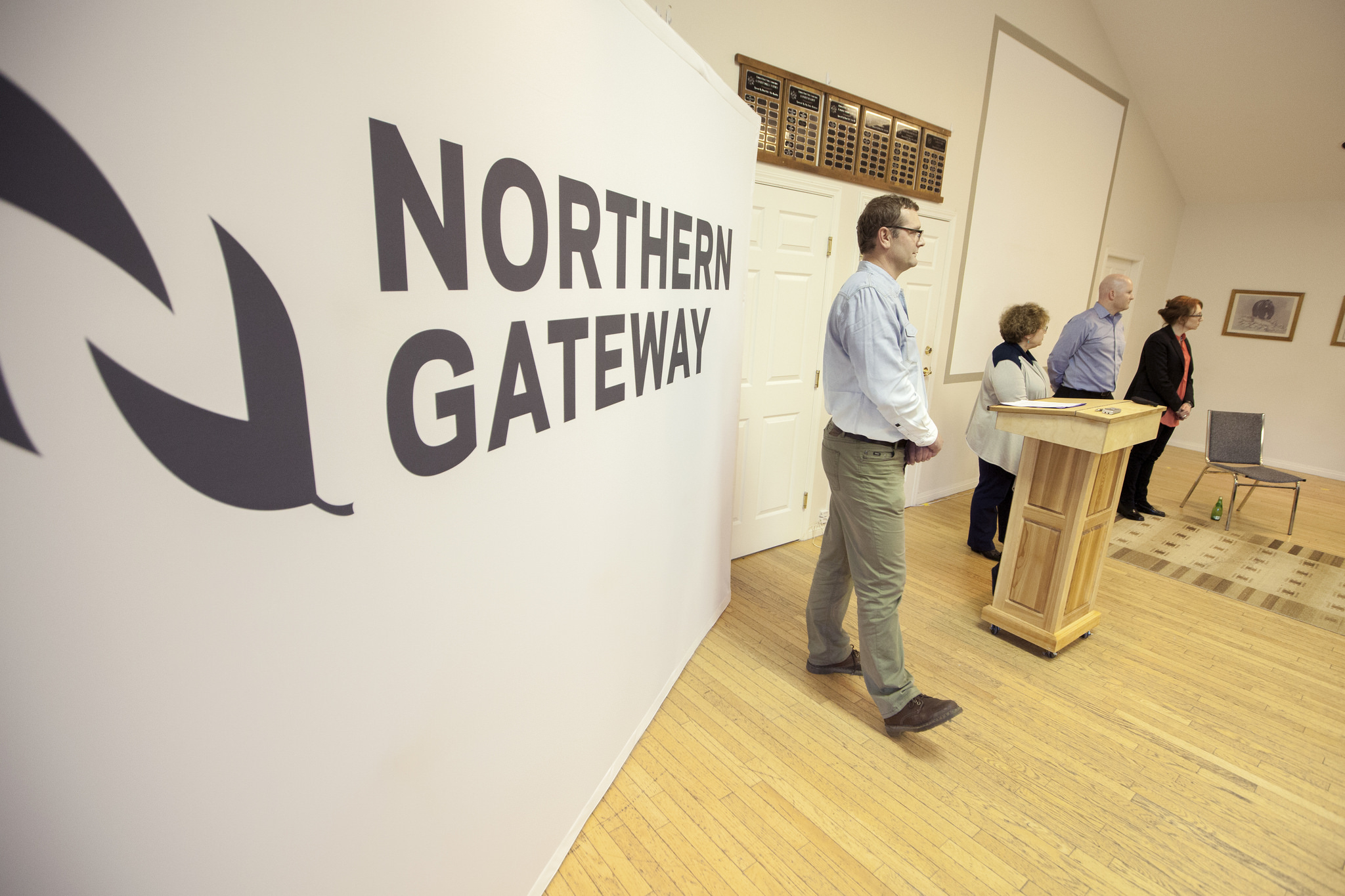 “Without tankers, crude oil has no place to go — and that means no pipelines, no oil trains moving tar sands to the northern BC coast.”

The controversial pipeline has been dogged for years by protests, opposition at federal pipeline hearings, and powerful Indigenous resistance.

In October, eight B.C. First Nations went to federal court in a legal attack to stop the project. The coalition hopes to overturn the previous Harper government's conditional approval of the project in June 2014. A total of 18 First Nations lawsuits were filed.

The Union of B.C. Indian Chiefs Grand Chief Stewart Phillip said Friday he was pleased the Liberals fulfilled the tanker ban promise made in the election.

"Without a means to convey the bitumen to Asian markets, Enrbridge's Northern Gateway's proposal is literally dead in the water," said Grand Chief Phillip.

Up in Kitimat, where the pipeline would terminate, the citizens group Douglas Channel Watch said they are thrilled by Trudeau’s announcement.

“We’re tickled pink. I can hear the champagne bottles popping,” said Kitimat retiree Dave McRae with the group. "This moratorium could be a lid on the coffin for Northern Gateway, but let’s hope that [Trudeau's directive] nails it down.”

The group had campaigned hard with volunteers going door to door in 2014 to urge residents to vote "no" to the project in a municipal plebiscite. Citizens voted 58 per cent against the project at the time.

But, McRae warned, the moratorium's wording so far suggests it will only apply to crude oil tankers —not Liquefied Natural Gas (LNG) tankers. The region is expecting a surge in hundreds of LNG tankers should terminals in Prince Rupert and Kitimat get green lighted.

"Formalize a moratorium on crude oil tanker traffic on British Columbia’s North Coast, working in collaboration with the Minister of Fisheries, Oceans and the Canadian Coast Guard, the Minister of Natural Resources and the Minister of Environment and Climate Change to develop an approach.”

It's still a go, says Enbridge

"Northern Gateway and the project proponents, including Aboriginal Equity Partners, remain committed to this essential Canadian infrastructure. We are confident the Government of Canada will be embarking on the required consultation with First Nations and Metis in the region, given the potential economic impact a crude oil tanker ban would have on those communities and Western Canada as a whole," wrote spokesperson Ivan Giesbrecht.

"Northern Gateway received government approval last year, following the National Energy Board’s careful examination of the project, one of the most exhaustive reviews of its kind in Canadian history. Northern Gateway has also successfully completed an extensive Navigation Review under the Transport Canada TERMPOL review process."

"Since then, we have been very clear in stating that we have more work to do in establishing respectful dialogues and achieving improved relationships with First Nations and Métis peoples," Giesbrecht added.

Trudeau’s letter also asked the transport minister to "propose measures to reinforce railway safety” —a suggestion that the surge in oil-by-trains in Canada will get a review.

Minister Carr is also asked "to immediately review Canada’s environmental assessment processes to regain public trust" and to introduce new ones that will "restore robust oversight", ensure decisions are based on "science, facts, and evidence, and serve the public’s interest" and "require project proponents to choose the best technologies available to reduce environmental impacts."

"There are so many pipelines in the system [with the] NEB right now, and if they all go forward, nothing we do regarding emissions reductions will matter."

"Mr. Trudeau seems to think that diversity on NEB panels is all that is needed. He is missing the point," said Whelan Enns from Winnipeg.

Trudeau also wrote to his new Minister of Environment and Climate change, Catherine McKenna, to "fulfill our G20 commitment and phase out subsidies for the fossil fuel industry over the medium-term."

Mahon says it’s still unclear what “medium term” means for the subsidies —estimated at $1 billion per year for the oil industry —but she said it was a step in the right direction, in a momentous year for climate change in North America.

“We are living the tipping point on climate disruption. Exactly a week ago President Obama killed the Keystone XL pipeline, today Prime Minister Trudeau killed the Enbridge pipeline. The whole world is heading to Paris this month to come up with a plan to fight climate change. This is the beginning of the end for the dirtiest crude oil on Earth,” said Mahon.

For the Vancouver area, Trudeau also ordered the Kitsilano Coast Guard station re-opened. The facility was notoriously closed, due to earlier Harper government cuts, during a bunker-fuel tanker spill in the city's English Bay in April.