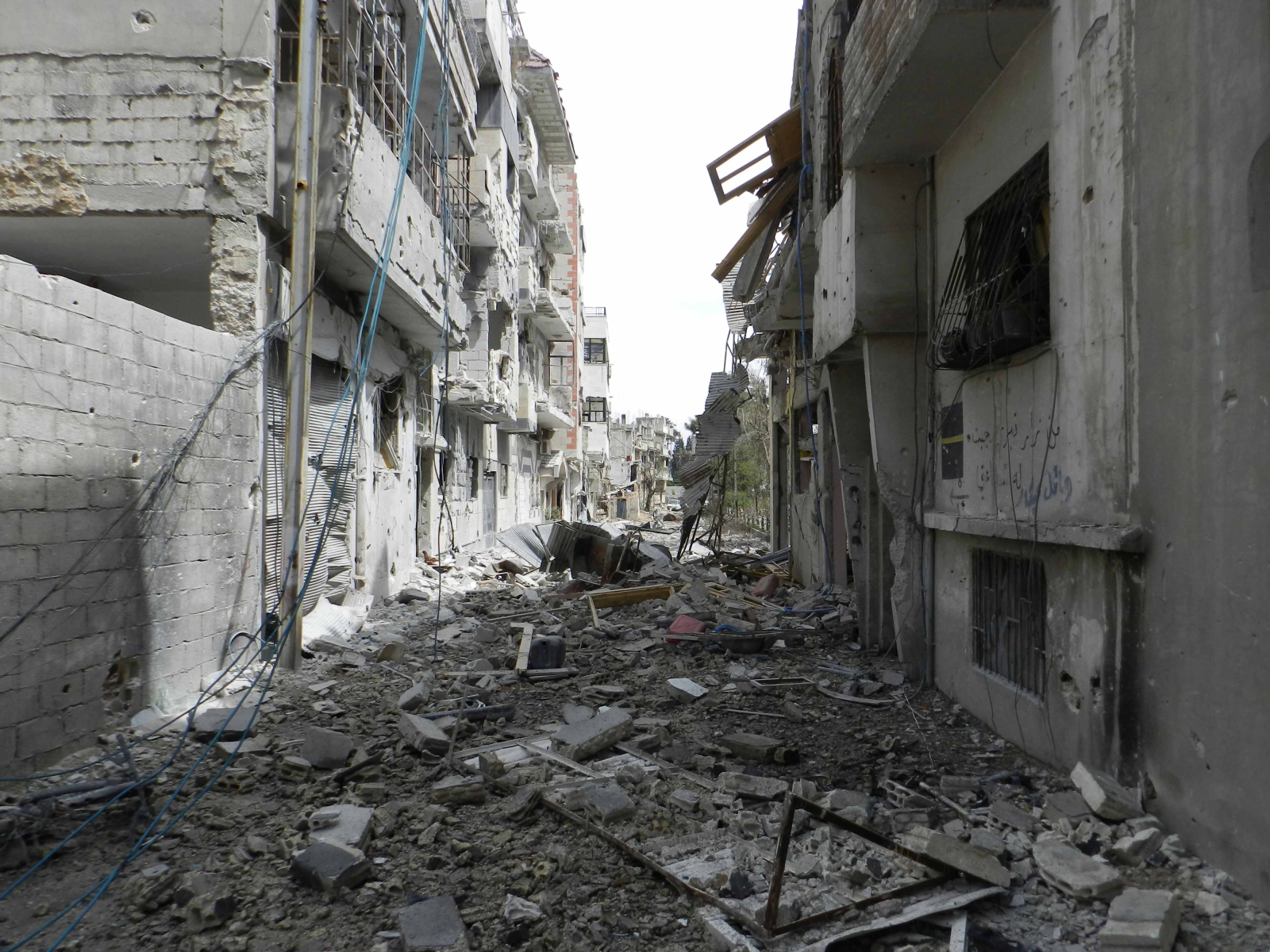 Destruction in the Syrian city of Homs (Wikimedia).
Previous story

OTTAWA — In 2011, internal conflict erupted in Syria that would later escalate into a full-blown civil war that rages on to this day, now complicated by the arrival of Islamic militants from neighbouring Iraq.

Since the start, the United Nations High Commissioner for Refugees has called on countries to help resettle some of the most vulnerable Syrians who can never return home, a call that grew louder as the crisis has escalated.

Here's a look at how Canada responded over time.

— Canada closes its embassy in Damascus, a move that would come to have major repercussions for refugee resettlement out of the Middle East as that visa post was handling the majority of the files for refugees from other countries who had sought temporary safety in Syria. Those files were then transferred to nearby countries, leaving visa officers scrambling to handle them and the start of a surge in Syrian refugee applications.

— By the end of 2012, the UNHCR had registered close to half a million Syrian refugees in neighbouring countries.

— Syrian Canadians call on Canada to do more to support the refugees, including speeding up family reunification programs and opening the doors to more refugees, but the government said without an official request from the UN for resettlement, it would not act.

— The number of people registered as refugees from Syria or being assisted by the UN hits one million.

— The UN makes its first formal request to member countries to assist in refugee resettlement, asking for 30,000 spaces by the end of 2014.

— The Harper Conservatives promise to admit 1,300 Syrian refugees by the end of 2014, with the majority sponsored by private groups. The 200 spots available to government-assisted refugees are not new refugee spaces — the Conservatives choose to allocate the 200 they set aside each year for the Syrian program.

— Prime Minister Stephen Harper visits a refugee camp in Jordan, one of the main host countries for Syrians. He announces $150 million in humanitarian aid; over the course of the conflict Canada has been one of the lead financial donors for relief efforts in the Middle East and North Africa. By this point, some $630 million has been committed.

— The UN High Commissioner makes a new request: an additional 100,000 places for Syrian refugees by 2016. Canada says it is reviewing its options.

— Conservative Immigration Minister Chris Alexander admits that fewer than 200 Syrian refugees have arrived in Canada since the July 2013 promise, saying the UNHCR was slow passing on referrals.

— By the end of the month, just over 1,000 Syrian refugees have arrived in Canada, meaning the government missed its deadline.

— The Conservative government commits to allowing 10,000 more Syrian refugees in by 2018, most through the private sponsorship program. The focus is to be on religious minorities.

— The government finally meets its July 2013 promise to resettle 1,300 people, achieving it by increasing the number of government-assisted refugees.

— The Conservatives order an audit of the government-assisted refugees coming out of Syria, citing security concerns. The review identifies no problems but delays the processing of those files for several weeks.

— The Conservatives pledge that if re-elected, they will allow a further 10,000 Syrians in over the next four years, continuing a focus on those being persecuted because of religion.

— Three-year-old Alan Kurdi dies during his family's escape from Syria. The photograph of his body on a Turkish beach and word his family had considered Canada as an eventual destination sees Canada's refugee response become a dominant issue in the election campaign.

— The Conservatives increase available resources for the processing of refugee applications, promise to speed up resettlement of the 10,000 originally promised places and announce they'll match donations for Syrian relief.

— The Liberals say they'll bring over 25,000 government-assisted refugees as soon as possible and encourage the private sector to take in more. They later promise to bring them in by the end of the year.

— The Liberals win a majority government and say they remain committed to refugee resettlement.

— The Liberal government announces its plan to resettle 25,000 Syrians.