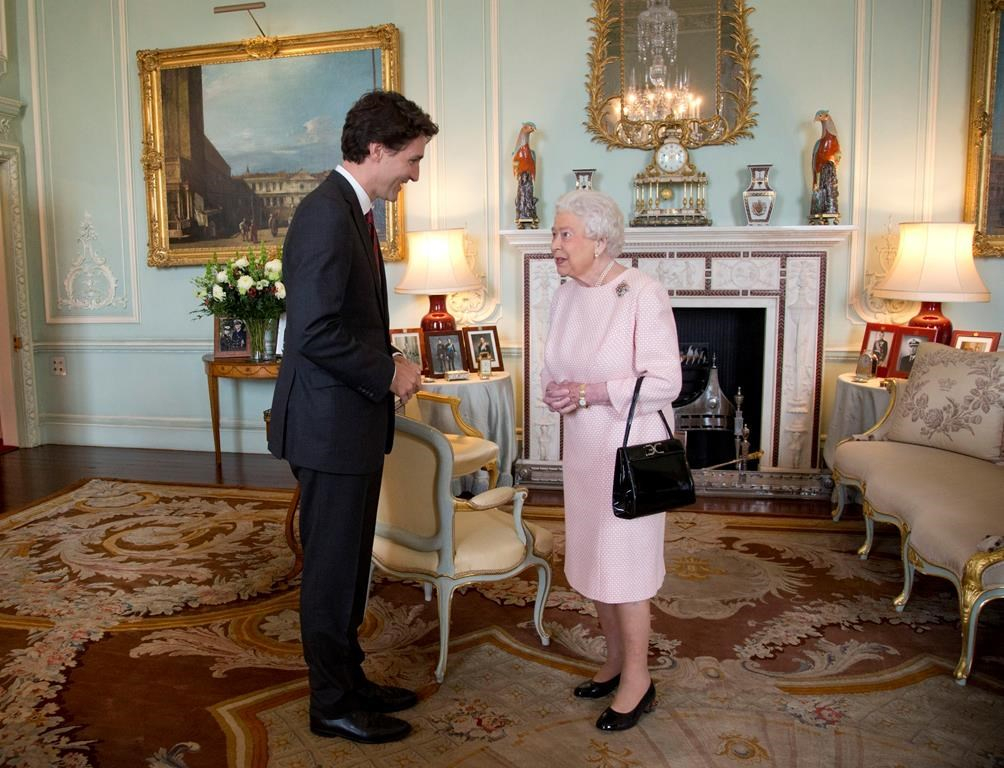 LONDON — Justin Trudeau has reacquainted himself with Queen Elizabeth, this time as the prime minister of Canada rather than the son of Canada's parliamentary leader.

Trudeau, making his second whirlwind tour on the international summit circuit in as many weeks, is at Buckingham Palace.

Afterwards, Trudeau is set to deliver a speech at Canada House in Trafalgar Square, followed by a sit-down with Prime Minister David Cameron at 10 Downing Street where it's expected climate change, anti-terrorism measures and the Canada-European Union free trade agreement will be on the agenda.

Trudeau has a bit of history with the Queen, having met the now 89-year-old monarch as a young child in the late 1970s when his father Pierre Trudeau was Canada's prime minister.

"She was very tall, which points out how little I was at the time," Trudeau recalled in a comment released by his office prior to Wednesday's audience.

"They were nice moments because I knew how much my dad liked her. You could tell my dad was really proud to be introducing his son to the Queen."

Trudeau is travelling with his wife Sophie Gregoire-Trudeau and two of their own three youngsters, Ella-Grace and Hadrien, are along for the trip.

Trudeau will leave the United Kingdom on Thursday for Valetta, Malta, where the 54-country Commonwealth grouping is holding its biennial leaders summit.

Trudeau has said he'll be working to encourage some of the Commonwealth members to step up their ambition on fighting climate change, while others in the Commonwealth are only too aware of the dangers from rising sea levels posed by global warming.

Trudeau and many of the other Commonwealth heads will then move on to France, where French President Francois Hollande has invited world leaders to open the 21st United Nations climate conference, or COP21, next Monday.