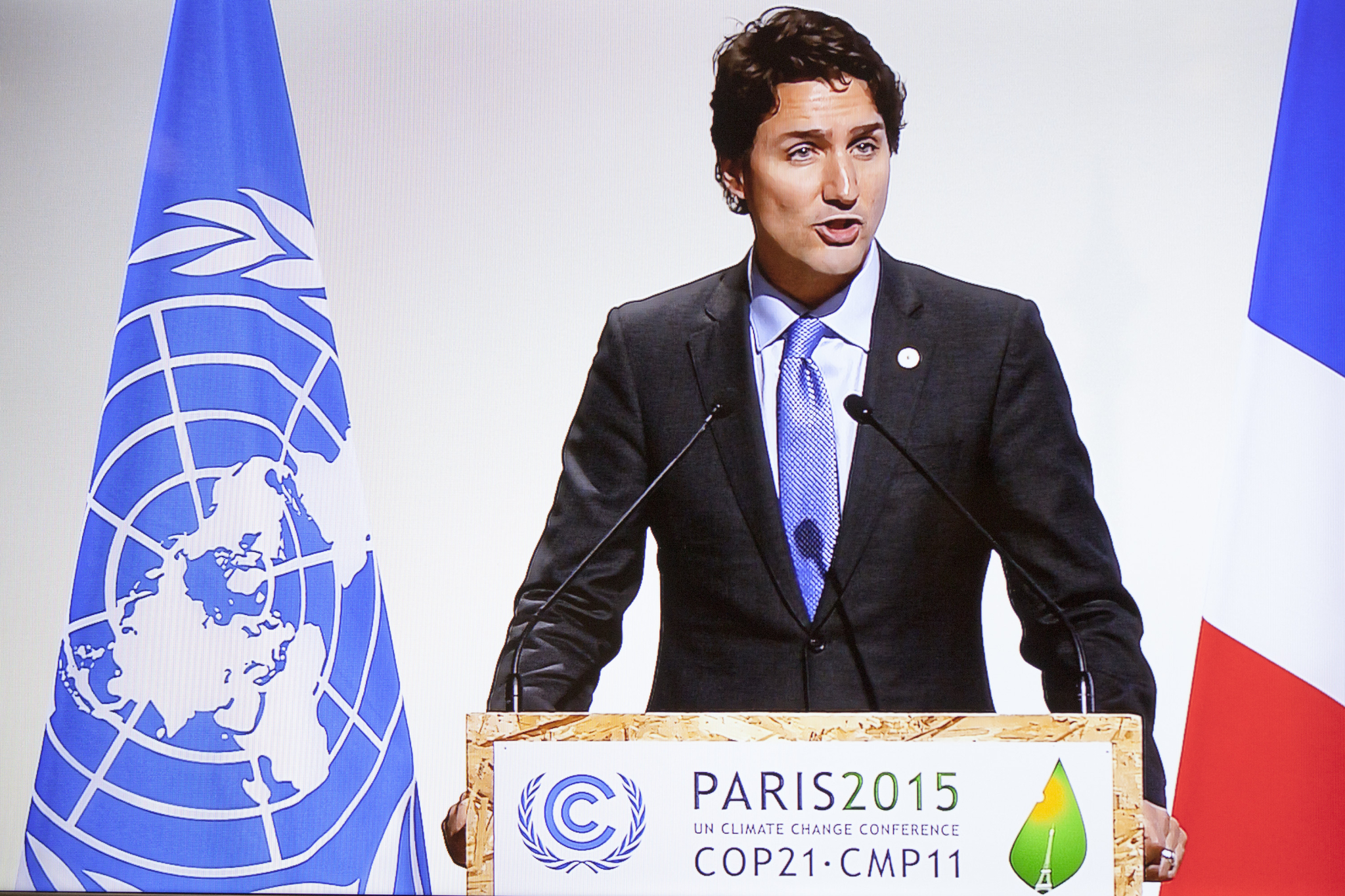 In a marked contrast to his predecessor, Stephen Harper, PM Trudeau pledged today to work toward a climate agreement that will help preserve the climate for future generations.

“Canada is back, my good friends. We’re here to help to build an agreement that will do our children and grandchildren proud,” he said to cheers by international dignitaries.

This was Trudeau’s first major speech as Canada’s prime minister in an international climate change forum. “We will listen to act on scientific advice,” implement carbon pricing to drive a low-carbon economy, and make climate change a “top government priority,” he said to applause.

Trudeau repeated his promise to work closely with provinces and cities, but also Indigenous leaders.

“Indigenous people have known for thousands of years about how to care of our planet. The rest of us have a lot to learn, and no time to waste.”

Video "From the Streets to the Podium at Paris Climate Talks" -- shooter/editor Zack Embree and shooter/producer Mychaylo Prystupa for National Observer.

But the part of the speech that seemed to stir the most reaction was when Trudeau spoke to his commitment to helping developing nations weather the worst of climate change impacts, with an already announced $2.56 billion climate adaptation fund. He said developing nations should have the right to access “clean development technologies.”

“Many of the world’s most vulnerable countries have done little to contribute to the problem, but face the most significant consequences.”

Sophie Harrison, a 21-year-old B.C. student with the Canadian Youth Delegation took it all in, but hoped for firmer commitments.

“We have seen Trudeau use a lot of positive language on taking strong action on climate change, and not give a lot of details. We’re really worried we’ll see a lot of strong language without the strong action to back it up.”

“We have very clear asks. We want to see a completely fossil-free economy by 2050, and that’s going to take some pretty bold action which has to start now... we need a rapid transition to clean energy, and energy projects that respect Indigenous rights,” added Harrison.

“The recent federal and provincial commitments have been substantial, but are not a complete response for the country,” said Ian Bruce, director of science and policy for foundation.

“In order to seize the opportunity that the global climate summit represents, Canada needs to be clear about where it is going and how long it will take.”

Vancouver Mayor Gregor Robertson's chief of staff Michael Magee was impressed. He also attended COP in Copenhagen in 2009, and compared to that meeting, says Magee, Trudeau is exhibiting more joint commitment with provinces on the climate file than anything the Conservatives ever offered.

“It’s a huge, massive change from Copenhagen, where we were witnessing empty chairs at the Canadian desk, and the absence of any commitment to even talk about the issue, let along having physical bodies there.”

“We’ve all been suffering political PTSD… It feels totally revolutionary, from what we’ve had with nine years of Harper,” said Magee.

Trudeau spends another day in Paris on Tuesday, then returns for the opening of Parliament in Ottawa on Thursday, along with environment and climate change Minister McKenna. Canadian negotiators begin the round-the-clock talks Monday night.