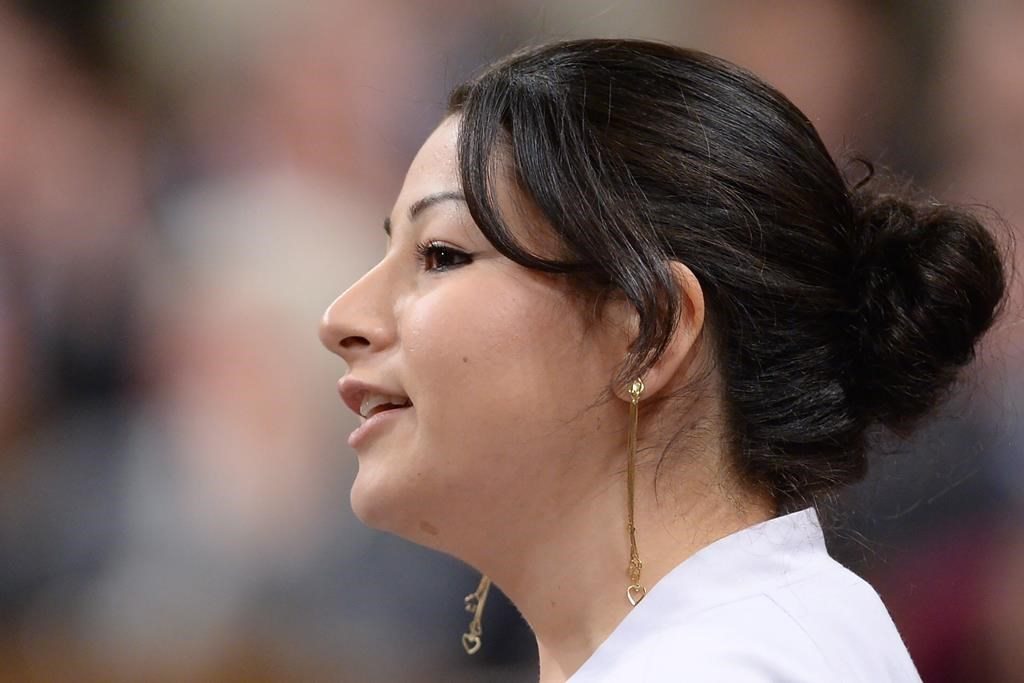 OTTAWA — The Conservatives are pushing the Trudeau government to promise a referendum to consult Canadians on any proposal to overhaul the electoral system.

But Democratic Institutions Minister Maryam Monsef is refusing to make that commitment.

Monsef says she doesn't want to "prejudice" the outcome of an all-party committee that will be set up early in the new year to examine alternatives to the current first-past-the-post system, in which a party that wins less than 40 per cent of the popular vote routinely winds up with the majority of seats in the House of Commons.

Prime Minister Justin Trudeau has promised that the Oct. 19 election would be the last under first-past-the-post, changing the system so the distribution of Commons seats more accurately reflects each party's share of the popular vote.

Trudeau's stated personal preference would be to replace it with a preferential ballot, in which voters rank their first, second and subsequent choices; but he's also promised that the committee will look at other options, including various models of proportional representation.

The Conservatives stand to lose the most under a ranked ballot system so it's little surprise they're pushing for a referendum — a route that's proved the undoing of various provincial efforts to reform their electoral systems.

Under pressure Tuesday to promise a Canada-wide vote, Monsef told the Commons that the government is committed to "an open and robust process of consultation" conducted by an all-party committee.

"I will not prejudice the outcome of that consultation process by committing to a referendum," she said.

That sparked a fiery riposte from Conservative MP Scott Reid.

"Heaven forfend that she could ask the Canadian people what they think in a referendum," he said.

"Is she really asserting that Canadian people are incapable of deciding in a referendum how they should be governed and how our elections should take place, the same (kind of consultation done) with the people of British Columbia, of Prince Edward Island, of Ontario, of New Zealand or of the United Kingdom?

"Are Canadians too immature to handle a referendum on this subject?"