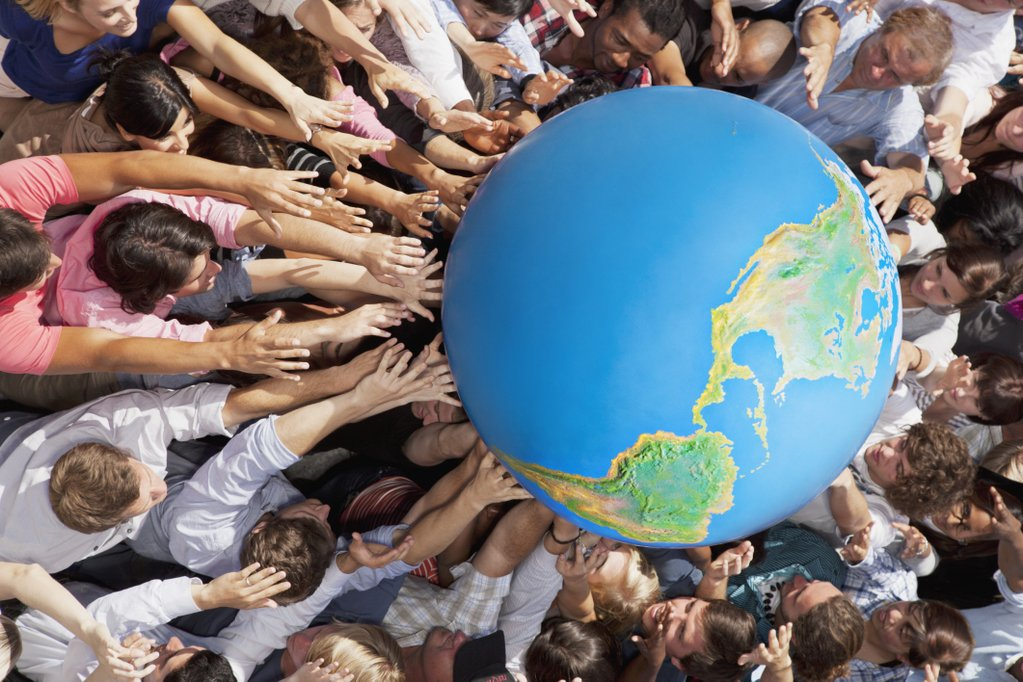 The Natural Resources Defense Council lauded Paris as the moment when climate change “met its match in the will of a united world," and lauded Canada's key role in bringing about a landmark deal.

“Canada has reasserted itself on the world stage by playing a strong role in developing the historic Paris agreement to curb the climate threat facing us all," said Anthony Swift, Canada Project Director at NRDC.

"As Canada's leaders return to Ottawa, they have a terrific opportunity to establish Canada’s reputation as a climate leader by setting a new an ambitious climate target and adopting the bold policies necessary to reduce greenhouse gas pollution and achieve its goals. We look forward to supporting Canada's efforts to transition to a clean energy economy, one that creates good jobs and delivers to Canadians a safe, prosperous, and healthy future,”

However, she warned that all countries that are major carbon polluters had to do their part to curb their emissions footprint.

“A crisis that took centuries to get here won't go away overnight. But climate change has met its match in the collective will of a united world. Our challenge now, in our country and all others, is to make good on the promise of Paris, by turning the action we've pledged into the progress we need,” said Suh.

Merran Smith, executive director of Clean Energy Canada, described the Paris goal of 1.5 degrees C as “encouraging,” but warned that an accelerated transition to renewable power was vital if such an ambitious deal was to succeed.

“Renewable energy represents a major economic opportunity that is gaining traction around the world. The leadership, innovation and enthusiasm for climate solutions we’ve seen in Paris sends a signal to world markets that the age of fossil fuels is ending and giving way to a more sustainable, resilient and clean economy. Canada will find itself in good company as it aspires to be a leader in the clean energy transition,” said Smith.

For her, Paris was not the be-all and end-all in the drive to combat global warming. She said that the agreement itself includes five-year reporting cycles that allows individual nations’ decarbonisation progress to be monitored. Countries have also been urged to raise their emissions reduction targets to fill the gap between what is needed and what is currently on offer.

“The Paris climate summit marks an important milestone in the global clean energy transition, but it was never meant to be the finish line. Now the real work begins for Canada’s federal and provincial governments: building a cooperative national climate plan, making good on the promises they made in Paris, and ramping up efforts to cut carbon pollution and invest in clean energy across the country,” said Smith.

A solid start, but Canada must do more

The Pembina Institute’s Erin Flanagan welcomed Paris as “an important moment in the global transition to a low-carbon economy,” and said that Canada was well-represented in Canada by Environment and Climate Change Minister Catherine McKenna and her team.

Flanagan, who serves as Pembina’s federal policy director, also welcomed the “critical role” played by Canada in pushing for Indigenous rights to be included in the final deal, as well as McKenna’s drive to raise the agreement’s ambition more generally.

But Flanagan said that the time for action to transition away from fossil fuels and a high-carbon economy starts now.

“Canada must now match its international commitments with strong actions at home. It must establish a science-based climate plan that includes minimum standards on carbon pricing and other emissions-reductions policies, and that builds upon existing provincial action,” said Flanagan.

In Flanagan’s view, provincial commitments alone will not ensure that Canada does its fair share to curb greenhouse gas emissions enough to stop global warming.

“It’s essential that the federal government works quickly to establish an ambitious and cohesive national climate plan, with full participation from each province and territory, to catalyze Canada’s transition to a low carbon economy."

“At last, a historic international agreement on climate change has been finalized. Now it’s up to citizens and their governments to ensure a safe future, free from catastrophic climate impacts. And that means Canada has work to turn its strong words in Paris into actions at home,” said Tim Gray, executive director of Environmental Defence.

To help avoid catastrophic climate change and keep global warming within 1.5 degrees C, Gray said Canada had to roll out a new federal climate framework within the next 90 days aimed at total decarbonisation by 2050.

He said that a new federal framework should include a Canada-wide high price on carbon emissions, creating a new, strong, credible process to review all high-carbon energy projects, including a climate test, and better regulations to reduce carbon pollution from industry. Furthermore, Gray said Ottawa had to make major investments in clean public transit, clean energy, and more energy-efficient buildings. Lastly, he said, the government needed to develop national strategies to accelerate the shift to electric vehicles, enable energy efficiency, and attract clean energy investment.