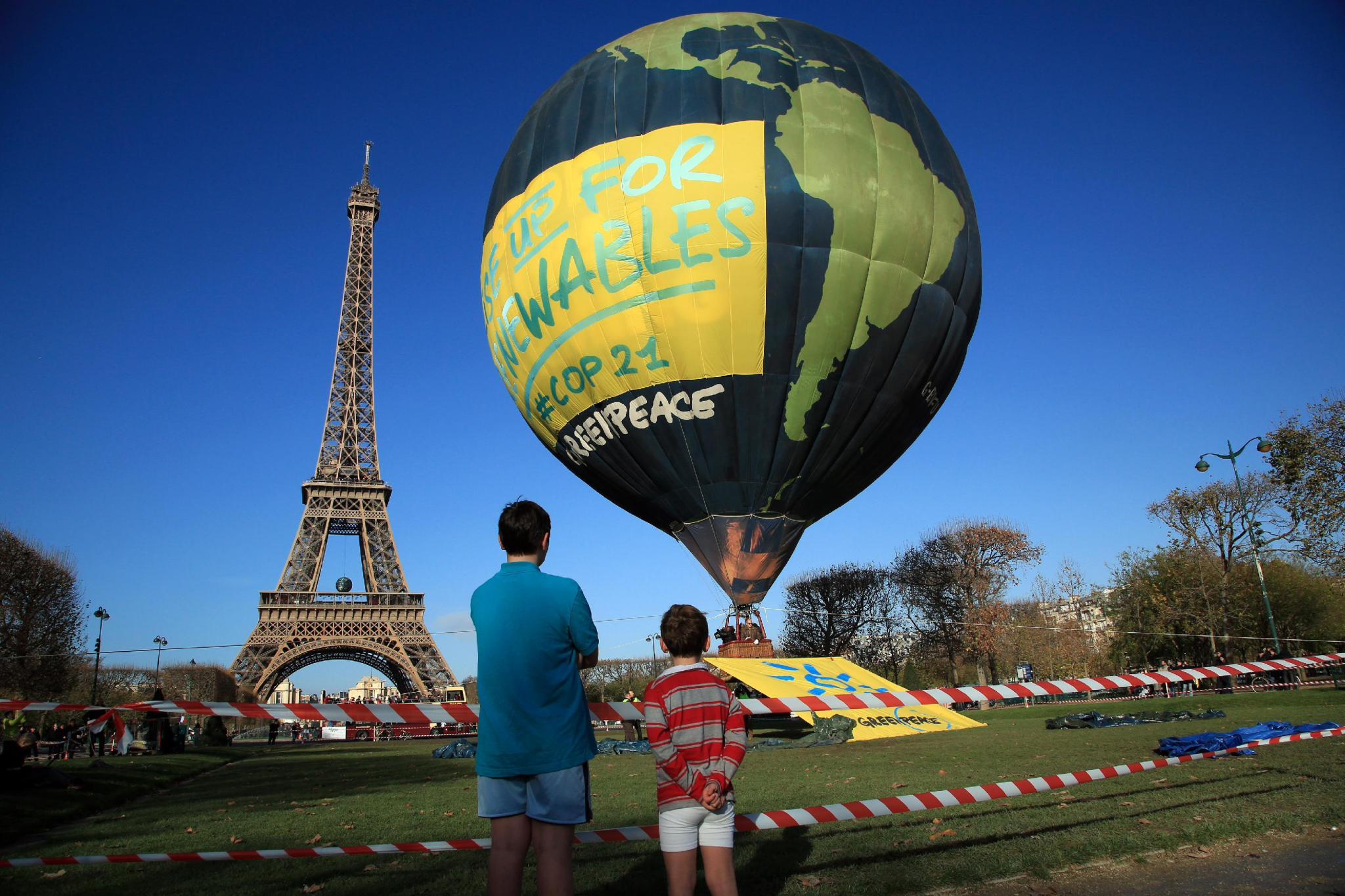 Greenpeace gave a lukewarm welcome to today’s milestone climate deal inked in Paris, warning that the 1.5 degree target could yet be derailed by a continued addiction to fossil fuels.

“The wheel of climate action turns slowly, but in Paris it has turned. This deal puts the fossil fuel industry on the wrong side of history,” said Greenpeace International executive director Kumi Naidoo.

However, he said that more needed to be done to help developing countries, many of them island nations facing a real risk of sinking as a result of rising sea levels.

“There’s not enough in this deal for the nations and people on the frontlines of climate change. It contains an inherent, ingrained injustice. The nations which caused this problem have promised too little help to the people who are already losing their lives and livelihoods,” said Naidoo.

In addition, the present emissions targets are not enough to keep the Earth from heating up above 1.5 degrees C, in Naidoo’s view. For him, real change meant eliminating all fossil fuel use by 2050.

“This deal alone won’t dig us out the hole we’re in, but it makes the sides less steep. To pull us free of fossil fuels we are going to need to mobilise in ever greater numbers. This year the climate movement beat the Keystone pipeline, we kicked Shell out of the Arctic and put coal into terminal decline. We stand for a future powered by renewable energy, and it is a future we will win,” said Naidoo.

He predicted that new political leaders will come to power in future, many of whom would be against decarbonisation and eliminating fossil fuels, but unlike in years past they will face massive people power demanding change.

“For us, Paris was always a stop on an ongoing journey. Ultimately our fate will be decided over the coming decades by the collective courage of our species. I believe we will succeed,” said Naidoo.

The 1.5 degree limit also lent new hope to low-lying island nations in the Pacific and Indian Oceans. Representatives from these states were spotted in Paris holding up a banner stating, ‘1.5 means I might be alive.’

But Karen Mahon, ForestEthics’s Advocacy Director, urged Canada to act fast on its commitment to a 1.5 degree target that may well keep island nations such as the Maldives and Marshall Islands alive and above a rising sea level.

“Here in Canada this agreement means that our governments need to move quickly and decisively to develop an action plan that puts us on the road to 1.5 degrees, consistent with our promise to the world. The first test for the Trudeau government will be whether the new assessment process for pipelines promised during the election includes a climate test that will limit warming to our new goal of 1.5 degrees maximum temperature rise,” said Mahon.