Duffy says he faced threats from Harper's team over expenses

By The Canadian Press | News | December 15th 2015
#36 of 50 articles from the Special Report: Duffy's Redacted Diary
Fund this Report 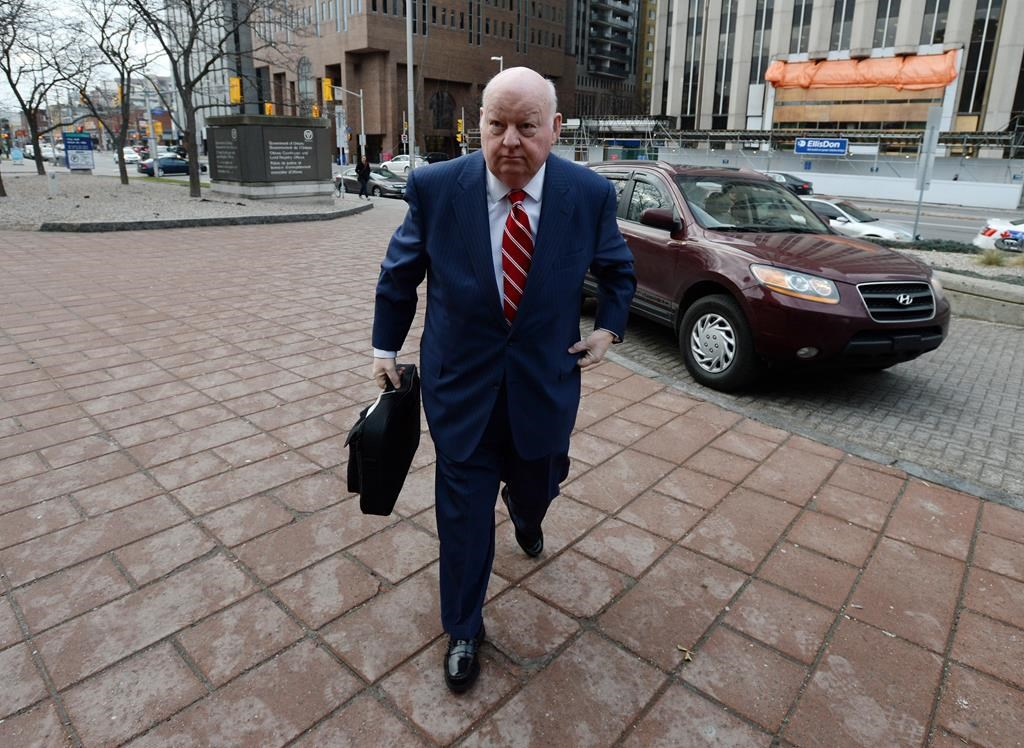 OTTAWA — In Mike Duffy's telling, his last months inside the Conservative caucus were a devastating series of betrayals and threats, designed to force him into admitting he had botched his Senate expenses.

If there was a crux to the senator's testimony, which entered its sixth day on Tuesday, his animated description of his dealings with Stephen Harper's team in February 2013 was it.

"I knew they were building a scaffold and everywhere I looked I saw people who were betraying me, leaking stuff to the media that wasn't true," Duffy told the court.

Duffy has pleaded not guilty to 31 charges of fraud, breach of trust and bribery. Some of the charges have to do with his filing living expenses for time spent in his longtime home in the Ottawa area, on the premise his primary residence was a cottage in Prince Edward Island.

Three bribery charges relate to the allegation that he participated in a scheme to have Harper's one-time chief of staff Nigel Wright secretly repay $90,000 in expenses, while Duffy told the public he had done so.

Duffy's defence is that he was coerced into agreeing to the scheme by powerful Conservatives, including Wright and Harper, while all along he felt he had done nothing wrong.

Duffy said he made his case to the former prime minister after a February 2013 caucus meeting, arguing that telling the public he had made a mistake with his expenses would ruin his reputation.

"I know it seems unfair, I know you didn't break the rules, but the rules are inexplicable to our base (of political support) and therefore you're going to have to pay the money back," Duffy says Harper told him.

A few days later, Duffy and Wright would have a testy phone call about how the senator should admit making a mistake and repay the expenses. Duffy dug in his heels — he felt he could prove he spent enough time on P.E.I., with other weeks spent on the road trying to raise support for the Conservative party.

Duffy alleges that Wright warned him that a powerful, Conservative-dominated Senate committee was poised to issue a report saying he wasn't constitutionally eligible to sit in the Senate for P.E.I., because of his living arrangements.

"I realized that after everything that I had seen, everything that had been done to me, this seemed like a very live option, that they wouldn't hesitate to do this to me," said Duffy.

When Duffy asked Wright to produce the analysis that said he had broken the rules, he said Wright became angry.

"He said, 'if you keep defying the prime minister, you'll end up like Patrick Brazeau, out of the caucus and probably out of the Senate.' And I said, 'For what?"' Duffy recounted, referring to Brazeau's ouster a few weeks earlier following an assault charge.

"He said, 'Listen to me, you're defying the prime minister ... you're going to do this.' It was quite snarky."

Wright testified in August that he had pressured Duffy to repay his expenses, but that he had not raised the threat of expulsion. On the contrary, Wright said he continually reassured Duffy that he was on a solid constitutional footing.

Internal PMO emails filed as evidence in the court suggest that Harper did not want to entertain any discussion over the constitutional eligibility of senators to represent their provinces.

Duffy said he received more calls from Conservatives pressuring him to give in. Those conversations, a new review of residency status partly triggered by Marjory LeBreton, then the Conservative Senate leader, plus the alleged threat to his constitutional eligibility, made Duffy cave.

From there, negotiations began among Duffy's lawyer, Wright and Harper's lawyer. The Crown has alleged that Duffy made a number of demands around the repayment, including that he not be out of pocket for the expenses and that he be withdrawn from an independent audit by the firm Deloitte.

Duffy told the court that he never asked for money.

Instead, he said Wright told him the party would pay, because Duffy had spent so much time travelling and working on political events.

Harper staffers then coached Duffy on a public statement on his intent to repay, which he delivered in television interviews that month.

Wright ultimately wrote a cheque for $90,000 in late March 2013, after the Conservative party balked at footing the bill. Duffy said he still thought it had come from the party when the funds appeared in his account, not learning of Wright's role until it broke in the media in May of that year.

As Bayne came to the end of his examination of Duffy — potentially the sole defence witness — he asked Duffy whether he voluntarily went along with the repayment scheme.

"No, I was coerced into going along with this under the threat of losing my job, and I did what they insisted I do, and read the script they wrote, and then found out in the fall that they've suspended my pay and pension for two years."

The Crown is scheduled to begin its cross-examination on Wednesday.