By The Canadian Press | News, Politics | December 15th 2015
#35 of 50 articles from the Special Report: Duffy's Redacted Diary
Fund this Report 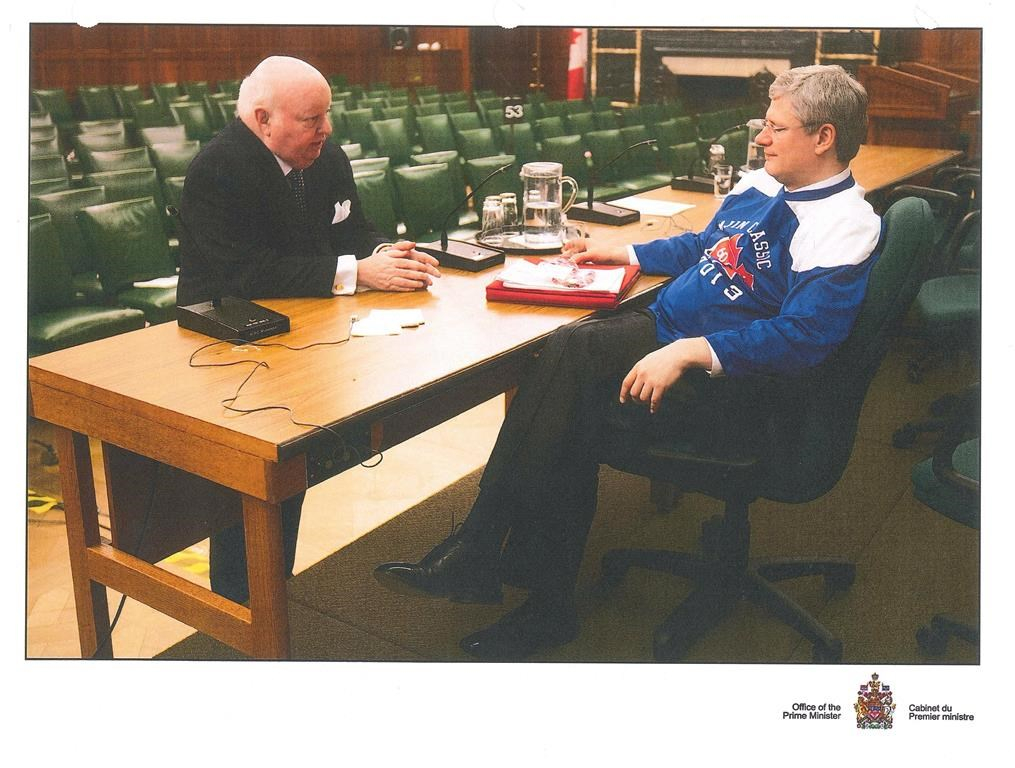 Duffy is recounting on the witness stand how he defended his expenses directly to Harper at a February 2013 caucus meeting. A photo of the two speaking at that meeting was entered into evidence Tuesday.

At the time, Harper was fielding questions in the Commons and in the media about why Duffy was claiming living expenses for time spent in his longtime home in the Ottawa area, on the premise his primary residence was in Prince Edward Island.

"(Harper) said, 'Well, you only spent 66 days there.' I said, "That's a lie. I spent a lot more time than that and prime minister when I wasn't on P.E.I., I was either here working in the Senate or I was on the road for you, on the rubber chicken circuit,"' Duffy testified.

"I know it seems unfair, I know you didn't break the rules, but the rules are inexplicable to our base (of political support) and therefore you're going to have to pay the money back," Duffy says Harper told him.

"Nigel will make the arrangements."

A little over a month later, Wright would secretly repay Duffy's $90,000 in expenses while Duffy would tell the media that he had done so.

Duffy's testimony that he repeatedly resisted the pressure to admit fault is important to the defence's case. He has pleaded not guilty to 31 charges, including one of bribery related to the $90,000 payment.

The Crown has alleged that Duffy was a participant in the scheme to have Wright repay the $90,000, but the defence is arguing that Duffy was railroaded into acquiescing by powerful political figures.

Duffy said both Wright and Harper suddenly became cold to him that February, after previously lauding him for all the political work he done for the party.

"Why would I put a stain on my name, on my reputation, my wife and my kids and my grandchildren, oh, that your grandfather is a cheat? I'm not a cheat, I'm not a thief, and I don't break the rules," Duffy testified.

"I was not going to embrace this kind of process, and I was pleading with them to show some kind of decency, all of these born-again Christians were throwing me to the lions."