Support the Paris climate agreement by letting go of GDP 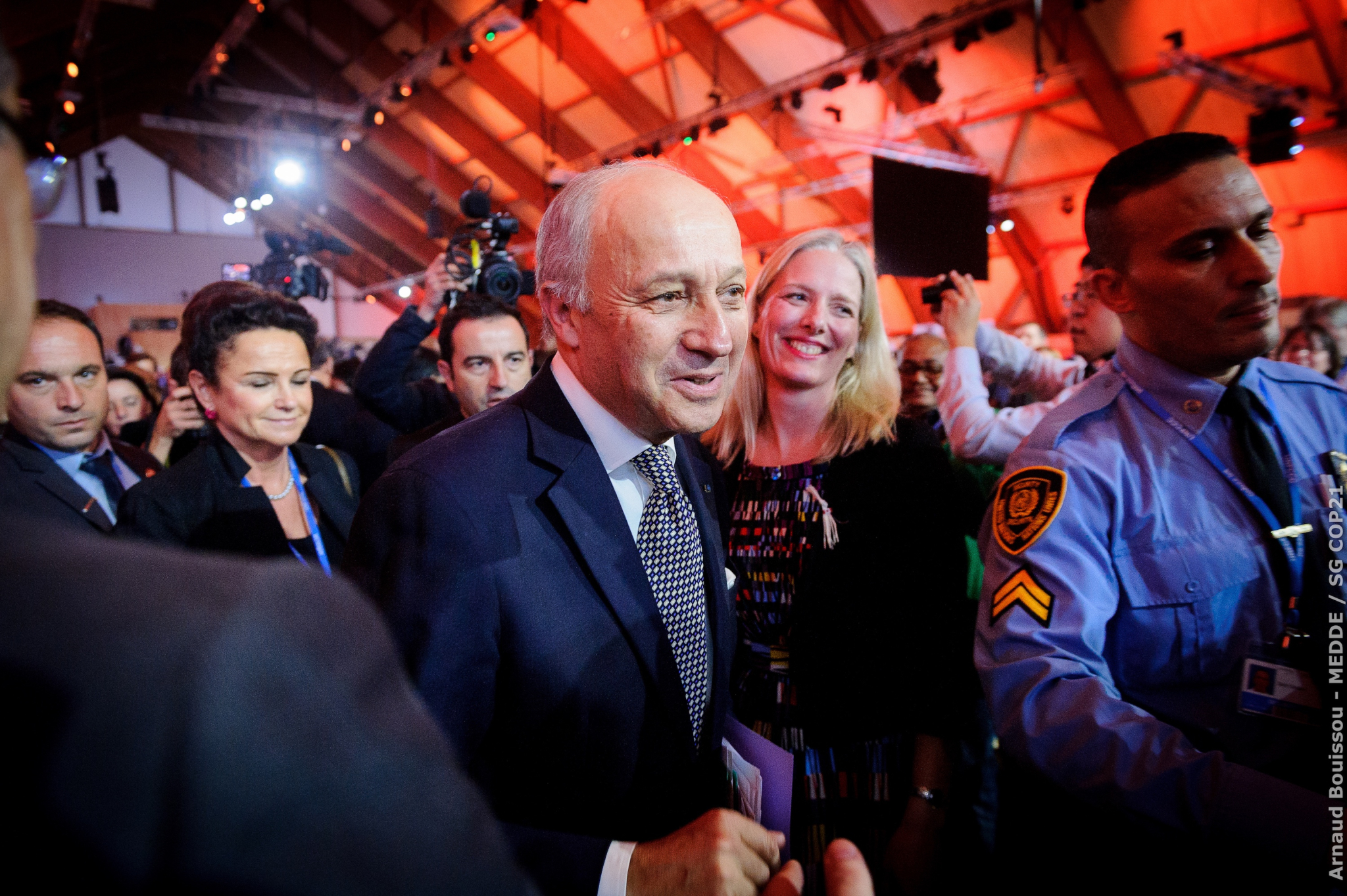 Despite the celebratory mood in Paris, the scientists who summed up national climate action plans estimate that existing commitments give us only half of the emission reductions needed.

More ambitious policies are needed. One obvious approach for improving humanity’s odds was not on the official agenda: rethinking our obsession with the indicator known as "Gross Domestic Product" (GDP), a measure of a nation's total economic output.

Developed countries should refocus their economic policies away from growing GDP as the overarching priority. For the sake of the climate, it's time they learned to prosper without economic growth.

Why is the lowering the rate of economic growth in rich countries relevant to solving the climate crisis? It comes down to some basic math—and to the disconnect between rich world well-being and rising GDP.

Most politicians and economists like the GDP of a developed country to grow at roughly 3.5 per cent per year. This conventional wisdom predates concerns about climate change, ocean acidification or biodiversity loss.

An economy that expands at a certain rate each year is growing exponentially. At 3.5 per cent, the economy will double in size every 20 years. If a given nation sustains this “healthy” rate of growth until 2050, the total output of its economy would have more than tripled from its size in 2015.

Its citizens will have more income, allowing them to consume more, have more exotic vacations, and pay for more spacious housing. As consumption rises, we use more energy.

The current policy of pursuing a rising GDP while reducing carbon emissions makes no sense. It is akin to telling engineers that each year, cars have to be engineered to better protect passengers from crashes—while each year, we increase the speed limit.

Let's assume a rich country has committed in Paris to reduce its 2050 greenhouse gas emissions by 80 per cent from current levels. To achieve this target while its economy still grows, it would have to reduce its carbon footprint per dollar of GDP at a rate of 7.5 per cent per year.

This is a formidable technical challenge, to put it mildly.

To use the car-crash analogy, let's say most Canadians drive 110 km/hr on the freeway now. The average number of car accidents is about 100,000 per year. The Paris talks propose to massively reduce that death and destruction to one-fifth by 2050— by then, however, the speed limit will be 330 km/hr.

Without capping GDP, we won't hit our targets

Despite climate policies, emissions targets and technological advances in energy efficiency in renewable energy, from 1990 to 2005 the global economy’s carbon footprint per dollar of GDP was reduced at a rate of only 0.9 per cent per year.

In other words, each year, on top of their successes in previous years, the nation’s engineers, planners, manufacturers, builders would have to squeeze a further 7.5 per cent reduction in the nation’s carbon footprint. And this for 35 years.

Success is far from guaranteed.

However, suppose this same country decided it was rich enough and it found a higher calling than finding ways to pump up its GDP. It still wants to meet its commitment for an 80 per cent reduction in emissions. But given that GDP is no longer rising, it only has to reduce its carbon footprint to a more manageable rate of 4.5 per cent per year.

Look out over any modern cityscape and one quickly gets a sense how challenging it will be to get the economy off carbon. Buildings will have to be retrofitted to improve energy efficiency. Boilers replaced with heat pumps. Vehicles with combustion engines retired, replaced with newer models solely powered by clean electrons. Public transit expanded.

Beyond the city, carbon will have to be eliminated from the energy grid. Diesel locomotives replaced with electric ones. Smokestacks disconnected. Oil and natural gas pipelines dismantled.

The Paris agreement is a great start. It send clear signals to investors that we’ve exceeded the "best-before" date on the old economic model.

The Industrial Revolution’s harnessing of fossil fuels unleashed 250 years of unprecedented growth. We have come to take ever-rising GDP as a given. Initially, higher per-capita income improved our lives. It made sense to go for growth.

We became prosperous in part because fossil fuels were cheap and the atmosphere was a free dumping ground for carbon pollution. No longer.

With a high enough price on carbon, investors will accelerate their divestment from businesses that depend on fossil fuels. Investments in public transit and other low-carbon infrastructure will help shrink the economy’s carbon footprint.

But, with growing GDP, the carbon footprint of rich economies will not shrink fast enough.

It's past time to rethink our assumptions about GDP growth

The rich world’s unwillingness to scrutinize the GDP might make sense if rising GDP was still correlated with happiness.

But in the mid-1970s, economist Richard Easterlin showed that once basic needs were met, well-being stopped going up hand-in-hand with GDP. This disconnect between growth and well-being is now known as the Easterlin paradox.

Furthermore, in recent decades, growth has largely failed to benefit the 99 per cent. As French economist Thomas Piketty and Nobel laureate Joseph Stiglitz have shown, in Western countries most of the increase in income made possible by economic growth has accrued to the 1 per cent.

Obviously, transforming rich world economies so that they are no longer dependent on rising GDP presents its own set of challenges. All the institutions of a modern economy—from government budgets to retirement schemes—assume growth.

Humanity faces an unprecedented challenge in tackling greenhouse gas emissions. It makes no sense to intensify this challenge by promoting growth in rich economies.

After all, GDP is a lousy economic indicator: it mixes goods and bads and takes no account of our natural capital. As China is demonstrating, rising GDP can be accompanied with unbreathable air.

We have to help our political leaders shift to a more worthy goal than increasing the total value of a society’s economic output, year after year. Just as we are having to learn to wean the economy off fossil fuels, we can learn to wean rich economies off ever-rising GDP.