U of T losing $$ on fossil fuels, but committee recommends half measures on divestment 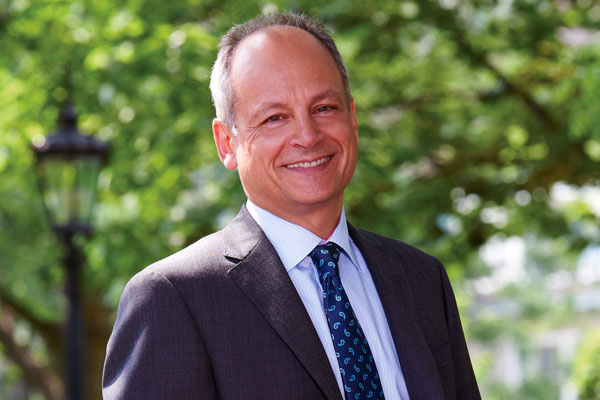 University of Toronto President, Meric Gertler. Photo courtesy of U of T
Previous story
Next story

The committee advising the University of Toronto on the divestment of fossil fuels is recommending that the school divest…partially.

The Report of the President’s Advisory Committee on Divestment from Fossil Fuels released Wednesday recommended a strategy of targeted divestment from fossil fuel companies.

The committee calls for the school to target companies who “engage in egregious behaviour and contribute inordinately to social injury.”

In particular, the committee recommends that the university divest itself of firms who “blatantly disregard” the international effort to limit the rise in average global temperatures to no more than 1.5 degrees Celsius.

To do so, the university will have to figure out a method to evaluate whether or not a fossil fuel company ignores the 1.5 degree threshold.

Some examples of companies the committee identified that the university could divest from include ConocoPhillips Co. for its Arctic extraction activities and plans; and ExxonMobil Corp. for “its alleged funding of disinformation.”

The committee also identified as divestment targets a number of energy producers for their production of thermal coal.

Nonetheless, the committee found that not all fossil fuel companies are engaged in behaviour that would warrant divestment. “The Committee recognizes that fossil fuels will remain indispensable and contributor to social welfare for many years,” the report stated.

The report noted that the fossil fuels industry and resource sector have been “cornerstones” of the Canadian economy for most of Canada’s history and maintains that the country’s long-term economic development will continue to benefit from resource extraction.

The report also cited the current economic challenges facing western Canada and argued: “The developing world is not the only region in which the fossil fuels industry can be an indispensable social benefit, even as we transition to a less carbon-intensive future.”

According to Amanda Harvey- Sanchez, the University of Toronto divestment campaign lead for 350.org, the report doesn’t go far enough.

“The committees’ recommendations reinforce the outcome of Paris that the fossil fuel era is over and that smart investors have to get out now,” Harvey-Sanchez said.

However, she noted that the committee failed to mention the impact of fossil fuels on people such as First Nations and low income individuals. “So we would urge [University of Toronto] President Gertler to stand up for those impacted communities and divest from all fossil fuels.”

The school’s president, Meric Gertler, said in a statement that he will conduct due diligence on the report and will respond to its recommendations some time in the new year.

In mid-November an analysis from Corporate Knights, along with 350.org and South Pole Group, maintained the university lost over $550-million by not divesting from the largest fossil fuel firms three years ago.

Toronto 350.org estimates the school has direct holdings in about 200 listed companies, adding up to roughly $30-million through the university’s endowment and pension funds.

In place of the fossil fuel funds, Toronto 350.org proposes that the university invest in green funds, selectively in direct holdings of renewable energy, or companies supporting decarbonisation, among other alternatives.

Currently, fossil fuel divestment campaigns are active at more than 300 schools across North America and a number within Europe as well. To date, 26 universities and colleges have pledged to divest. They include San Francisco State University Foundation, Hampshire College and Green Mountain College.

In total, 181 institutions committed to fossil fuel divestment in 2014, including cities, churches, universities and private foundations. The total amount divested is approximately $50 billion.

Advocates pressure U of T to divest of fossil fuels