What Canada's editors, news directors say about CP's News Story of the Year 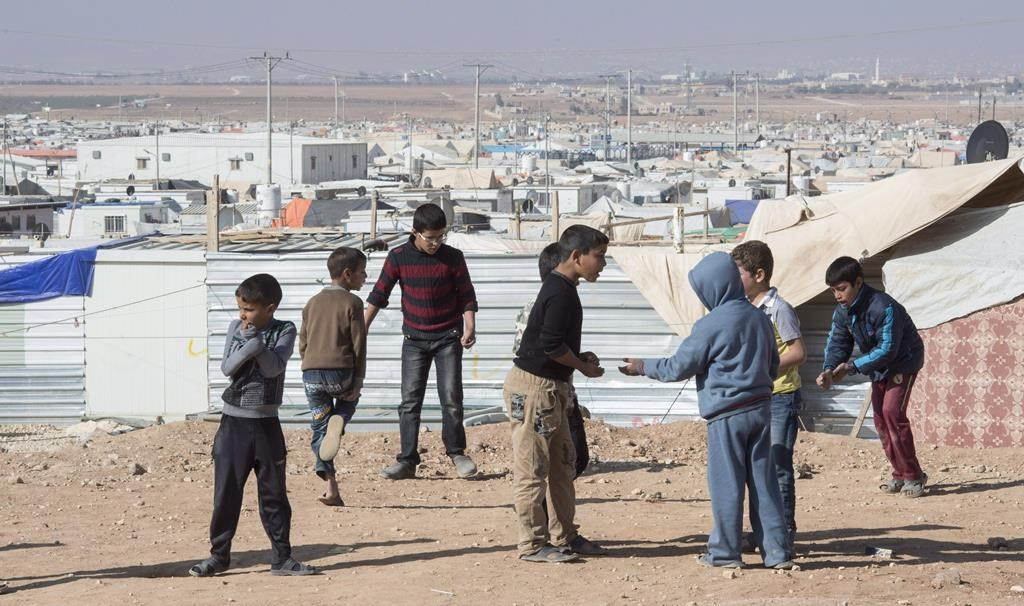 Syrian refugees at Zaatari Refugee Camp, near the city of Mafraq in Jordan. (CP).
Previous story

The Syrian refugee crisis became a major election issue after the image of Alan Kurdi, a toddler who drowned after his family fled Syria, circulated around the world. The refugee crisis is the Canadian Press News Story of the Year for 2015. Here are some quotes from the country's editors and news directors who voted:

"The fragile image of Alan Kurdi not only put the four-year-old Syrian war on front pages in newspapers around the world -- it forced action. The war had been dragging on and Kurdi's short life made Canadians aware of the carnage that was unfolding half a world away." David Trifunov, Managing Editor, The Daily Courier, in Kelowna, B.C.

"In an instant, that heartbreaking image of Alan Kurdi's tiny body on the beach shifted Canadian attitudes toward Syrian refugees and galvanized the country's response. It became a key election issue and dogged Trudeau through the first few months of his term, even as public opinion shifted again in the wake of the Paris attacks." Kerry Powell, Managing Editor, Global Edmonton.

"I can't think of a single other image that caught breaths across the world this year. That one picture of Alan Kurdi and the outrage that followed changed the course of history and Canada will be part of it - for the better." Elisha Dacey, Managing Editor, Metro Winnipeg.

"The question of how many refugees to accept and in what time frame has captured public attention, not only in Canada, but in the US, Europe and around the world. With so many lives and futures at stake, it's important, in my view, that public attention remain fixed on the situation as long as possible." Matt Goerzen, Managing Editor, The Brandon Sun.

"This international issue, the war in Syria, is now hitting people in their backyards in Canada." - Patrick White, Managing Editor, Huffington Post Quebec

"It played a disproportionate role in the election campaign, along with the niqab controversy, giving voice to both concerns for terrorism and xenophobia but also rallying others around core values of tolerance and acceptance of refugees." Murray Wood, News Director, News Talk 980 CJME, Regina.