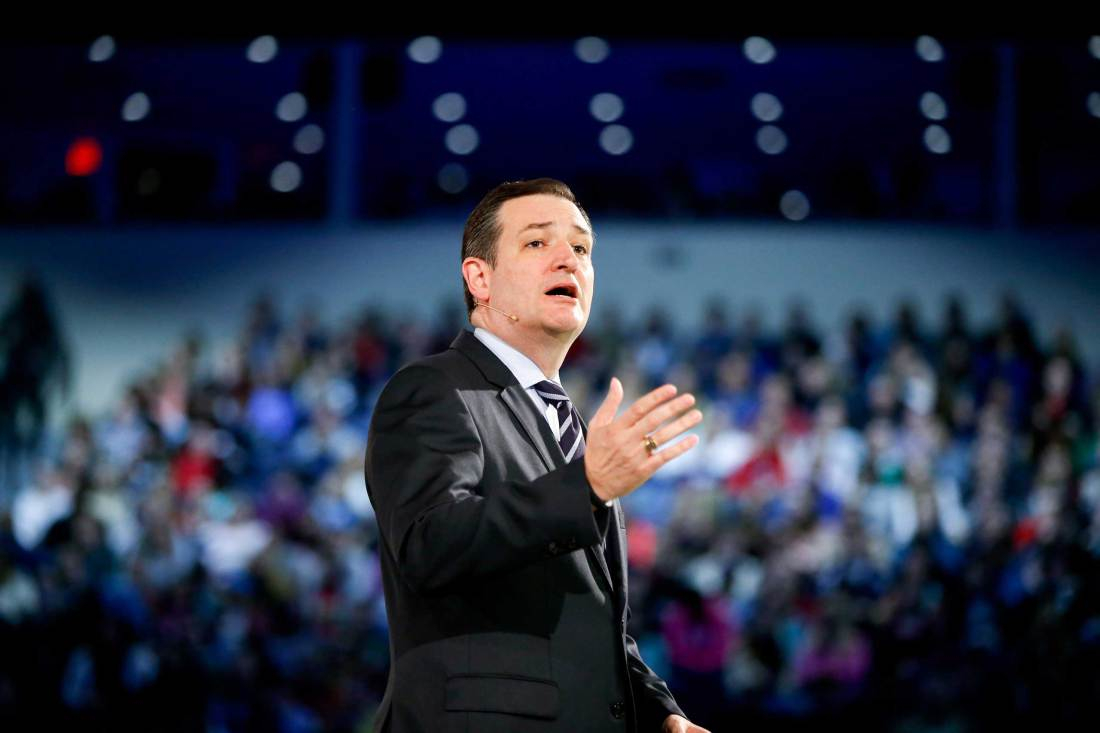 Republican presidential candidate Ted Cruz has vowed to rip up the Paris climate deal if he wins the White House in 2016.

Cruz said that the Paris treaty was simply an excuse for “ideologues,” to gain more government power, just day after 200 nations inked the deal to limit global warming to 1.5°C.

“Barack Obama seems to think the SUV parked in your driveway is a bigger threat to national security than radical Islamic terrorists who want to kill us. That’s just nutty,” said Cruz, who currently serves as a Republican senator.

Earlier this month, Cruz held a hearing in which he challenged mainstream climate science thinking. The senator claimed that atmospheric CO2 levels were higher in past eras than they are today.

While true, records show that during the Eemian period 120,000 years ago, sea levels were five to nine metres higher than they are today, when average global temperatures were just 2°C higher than today.

However Cruz’s ongoing climate denial is out of step with many people in his own party.

According to a Dec. 23 Reuters poll, 58 per cent of Republicans surveyed approved of U.S. efforts to work with other nations to limit global warming. Of those people, 40 per cent voiced support for a presidential candidate who did so.

The poll also revealed that 68 per cent of Republicans were either ‘somewhat’ or ‘strongly’ willing to take individual steps to help the planet, such as buying more fuel-efficient vehicles.

However, poll results showed that Republicans still lag behind Democrats on the need to fight climate change, as 91 per cent of the latter approved of the United States taking action to combat global warming.