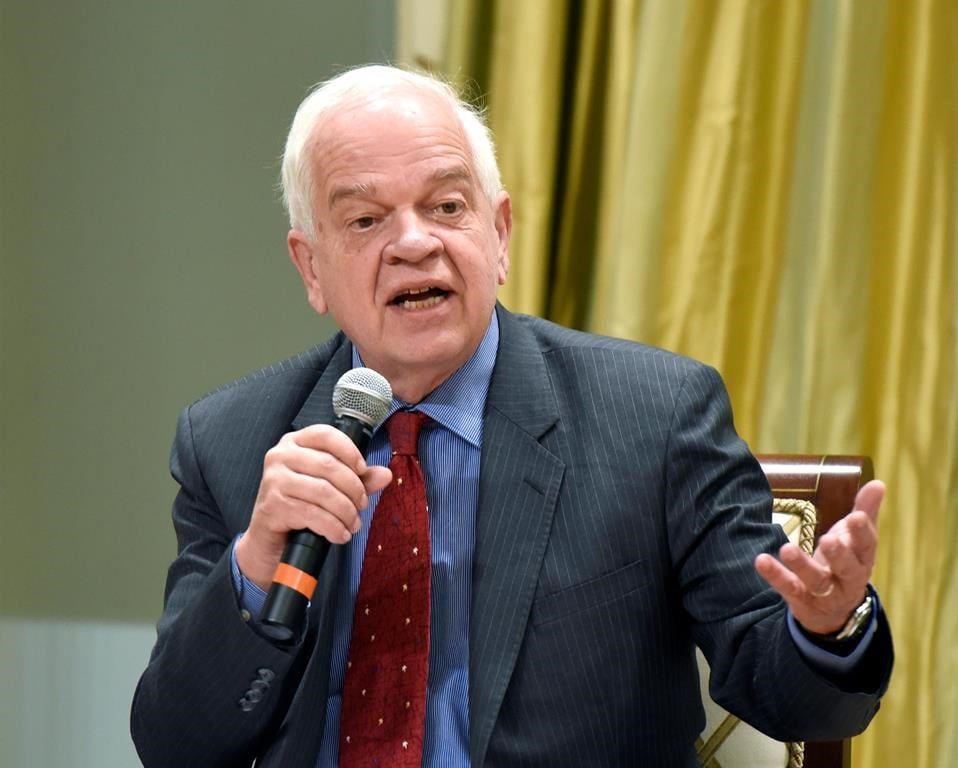 The ad, published in the Hill Times on Jan. 25, was promoting CN’s $5 million contribution toward the resettlement of Syrian refugees in Canada. The image included the company’s chairman of the board Robert Pace and executive VP/CFO Luc Jobin, together with Minister of Immigration John McCallum and Minister of Health Jane Philpott. Ottawa-South Liberal MP David McGuinty and his provincial counterpart MPP John Fraser who represents the same riding in in the Ontario legislature.

“The wording of the advert implies some endorsement,” said Duff Conacher, who is both co-founder of Democracy Watch and a visiting professor at the University of Ottawa.

Conacher said this type of corporate advertising could be seen as a favour for the government and his concern was that the politicians may feel obliged to respond in kind.

“There cannot be a hint of conditionality from this action by any private organization and no hint of trading favours,” said Conacher.

It was not immediately clear whether CN Rail had asked the politicians for permission to use their images. The company did not respond to multiple requests for comment about the ad.

"Not aware" of ad

McCallum said that he did not know about the ad.

“I was not aware of that. CN has certainly contributed $5 million in their housing fund for which we are grateful. I did not know about that [ad]. I will look at it,” McCallum told National Observer.

McGuinty's office said that the ad appeared after the politicians were invited by CN to an announcement they made at Ottawa's VIA Rail station where the company pledged support to Syrian refugees. 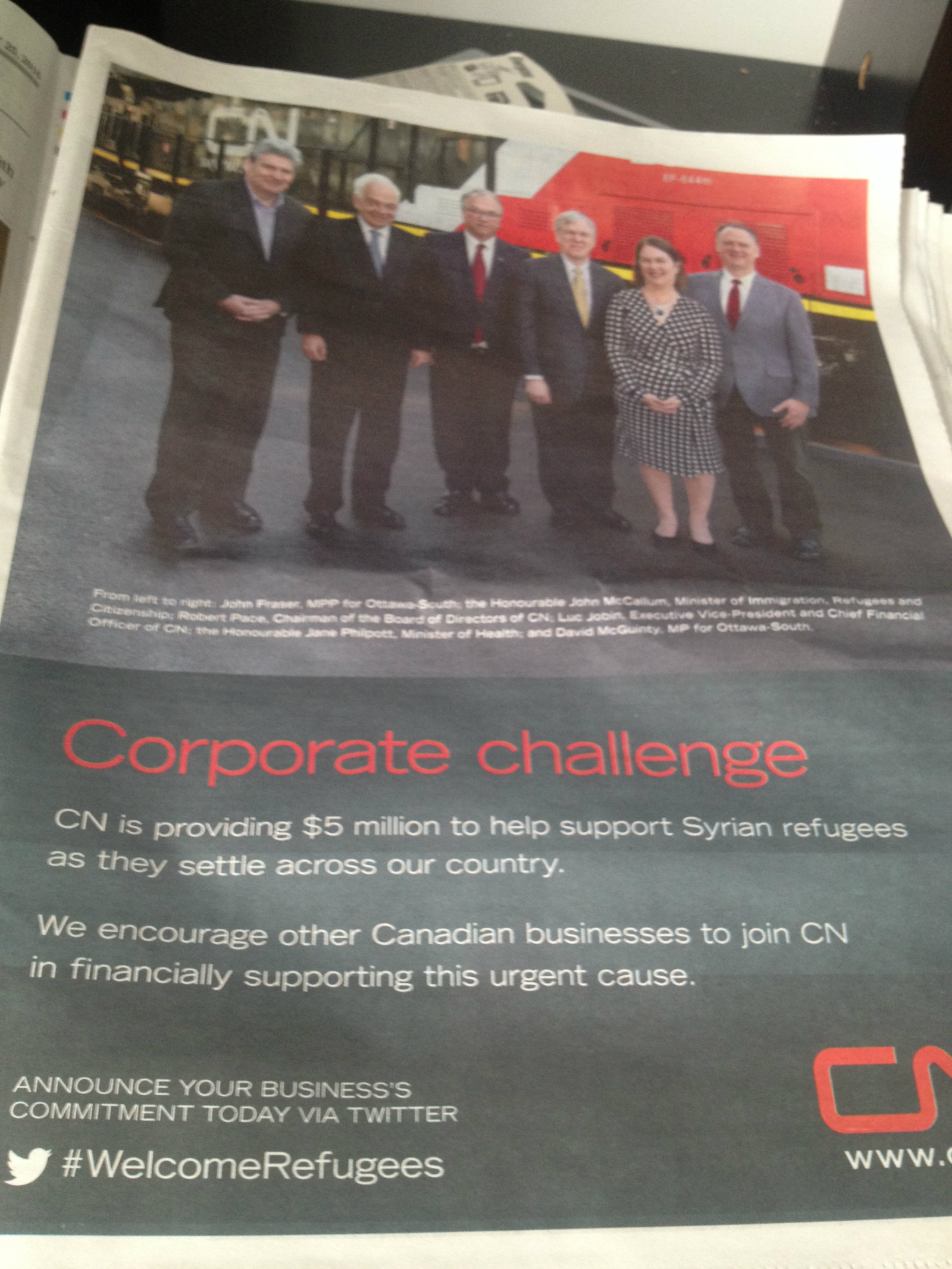 McCallum and Philpott in CN Rail ad in The Hill Times on January 25, 2016. Photo by Mike De Souza.

“It would not appear that the minister or the MPs are furthering a person’s or entity’s private interests, but appear to be promoting the government’s efforts related to Syrian refugees. Having said this, we note that we do not know what the circumstances were in which the photo was taken,” said Booth in a Jan. 25 email.

But Conacher urged all politicians to consult the parliamentary ethics commissioner’s guide for office-holders, noting that even small gifts can sometimes create a sense of obligation.

“[The commissioner] has a horrible record of enforcement [of the rules], but she did write this one really great document and she said that a minister must not even be using a pen from a stakeholder as a gift, if that person is trying to influence them,” said Conacher.

He said that some scientific studies have also demonstrated that the best way for any person to gain influence with others was to offer gifts or favours.

The offices of Jane Philpott and John Fraser did not immediately respond to requests for comment.