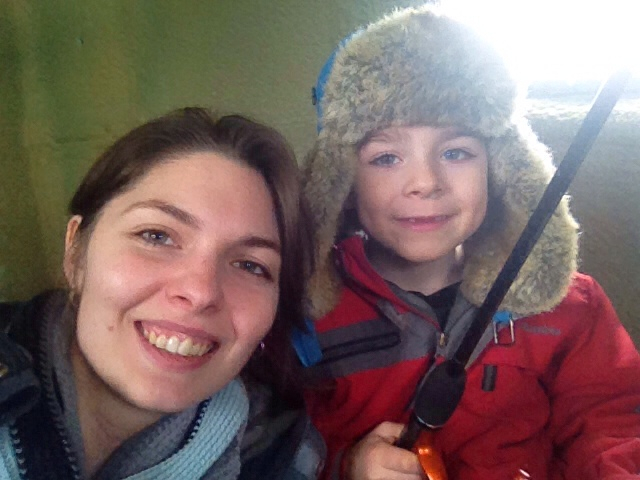 Heather Harnois, an Anishinaabe woman who has been in Canada since her teens, still lacks citizenship. Photo submitted by Harnois.
Previous story
Next story

Ottawa will host a global summit on statelessness on February 24, discussing the citizenship gap that affects an estimated 10 million people worldwide. Although the issue is often associated with refugees, it's an issue that hits close to home, with some legitimate Canadians still lacking citizenship despite living in the country for decades or having Canadian parents. Last year, a 99-year-old English-born woman was denied citizenship (and a health card) despite documented proof that she's lived in Canada since 1933.

Some legislative changes over the last few years have helped thousands of "Lost Canadians"—legitimate Canadians who have been denied citizenship due to arcane provisions of outdated laws—regain their legal status as citizens. But others remain stuck in legal limbo.

And even though Canada has already accepted 10,000 refugees from Syria and expedited documents for them, some Canadians continue to wait for the federal government to pay attention to their crisis.

Heather Harnois, an Indigenous woman whose Ojibwa bloodline spans back many generations, still can't get a social insurance number, health care coverage, or legally find a job in Canada. Although born in the U.S., her family is Canadian, and she has lived in Canada for 14 years, since her teens. Harnois told National Post in a previous year that her life resembles that of an illegal immigrant, rather than that of a woman whose Indigenous roots go back thousands of years in Canada.

Harnois' situation stems from an unequal application of law based on gender. Although an Indigenous man can pass on his Indian status, Harnois' grandmother could not pass legally Indian status down to her grandchild. The situation was exacerbated by the fact that her grandmother had children in a common-law marriage with a non-Indigenous partner.

Her lack of citizenship resembles that of a Yukon-based Indigenous man, Donovan McGlaughlin, who lived for 40 years in Canada without any status. After threats of deportation, McGlaughlin was finally given citizenship last year.

According to Canadian Centre on Statelessness director Jocelyn Kane, it's a problem that affects a number of First Nations in Canada, due to fears that registering a child's birth with the government could lead a child to be taken away and placed into residential schools, where abuse was rampant.

Even if the average Canadian is unaware of these obscure provisions of the law, prime minister Justin Trudeau has recognized the problem for years—he has spoken to media about the need to correct the problem since he was citizenship critic of the Harper government.

In March 2011, Trudeau issued a press release decrying the "anachronistic" situation of Canadians being denied their citizenship due to which gender their parent, and whether the mother had registered her marriage with the government.

“Any rules regarding Canadian citizenship that result in different treatment based on gender must be changed,” Trudeau said at the time.

But in 2016, gender inequality in citizenship law is still affecting Canadians like Harnois. Even as Citizenship and Immigration devotes an increasing amount of resources toward helping newcomers, Harnois still has no sign of when they might give her the status she would have already had, were it not for gender discrimination.

"I think well-directed importance has been put on moving as swiftly as possible to aid the Syrian refugees. And I am proud to be a part of a country who is so humanitarian and accommodating to those in need," Harnois said.

However, she also expressed concern that while the federal government rushed paperwork for new arrivals as a priority, unresolved cases of Canadians continue to be pushed aside. Although her situation has been reported on national news since at least 2013, she still hasn't heard from Citizenship and Immigration when — or if — her citizenship will ever be granted.

Meanwhile, life continues to be challenging for Harnois. As a mother of growing young children, she can't work or apply for child tax credits. Even though one of her children was born in Canada, the government won't recognize her legally as a Canadian.

"There is an imbalance here which applies to more than just citizenship. Anyone with experience in immigration as well will tell you it is quicker and easier to obtain status from outside the country than it is inside," Harnois said. "Canada is doing the right thing, they just need to find the right balance between helping others and helping their own."

Citizenship Minister John McCallum's office declined requests for an interview on Canadian citizenship. However, the ministry insists that Canadians' cases are not being put on hold while staff deal with refugees and immigrants.

"Although Syrian resettlement applications and sponsorships are being processed on a priority basis, we continue to process applications in other citizenship and immigration program areas according to existing processing standards and to the greatest extent possible," Citizenship and Immigration spokesperson Nancy Caron said.

"Canada both does not protect stateless people when they are in Canada, and creates statelessness in its legislation policy," she said.

She said stateless individuals in Canada, like Lost Canadians, can apply for a section 5(4) citizenship for special and undue hardship, but that the process "takes a lot of time and manpower."

"Section 5(4) application can only be granted by the minister of citizenship and immigration," Kane said. "So, just one person in the whole country, who is politically appointed, has the sole responsibility of addressing this special and unusual hardship for these people. That's a major area of concern."

Can anyone tell me how to fix

Can anyone tell me how to fix this without getting a pro involved? Just bought a house and noticed this so the window will not