TransCanada dismissed whistleblower. Then their pipeline blew up. 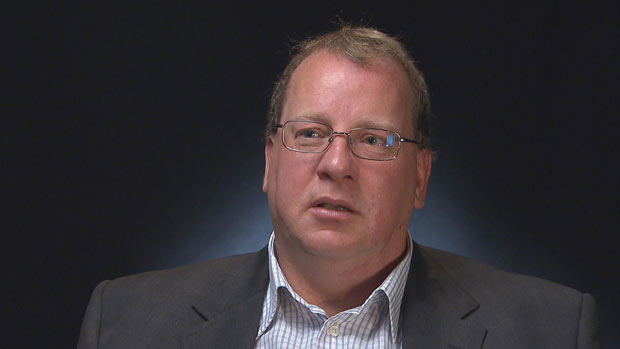 TransCanada Corp put “substandard materials” — made by Quebec manufacturing company, Ezeflow — in an Alberta natural gas pipeline that blew up in 2013, Canada’s pipeline regulator said on Friday as it finally responded to a four-year old warning from a whistleblower with a new industry-wide safety order.

The order gives all Canadian pipeline companies under federal jurisdiction 60 days to identify whether any of their pipelines are using specific types of pipeline fittings, made by Ezeflow in Quebec as well as fittings by Canadoil Asia produced in Thailand, that were flagged for safety reasons. The order also requires the companies to submit mitigation plans to address potential weaknesses.

"Investigations by the TSB, the NEB, as well as the pipeline operator, indicated substandard materials were present in the manufactured elbow where the failure (rupture in 2013) initiated," the NEB said in a safety advisory, issued with the new order. "Neither the manufacturer nor the pipeline operator physically verified the wall thickness of this specific fitting. The investigation determined that the wall thickness was less than that indicated on the MTR (material test report)."

With the order, the regulator, the Calgary-based National Energy Board, confirmed that the whistleblower, former TransCanada engineer Evan Vokes, had correctly identified a safety issue that contributed to a rupture within a few hundred metres of a hunting cabin owned by a Cree family in northern Alberta.

“This isn't anything that we sat on," said NEB spokesman Darin Barter. "These are complex matters and we’re taking action now." 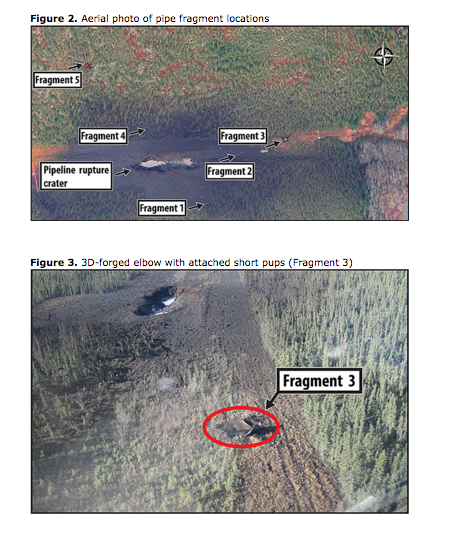 Ezeflow, which has been featured in advertising campaigns promoting jobs from the oil sands by the Canadian Association of Petroleum Producers, as well as an ad promoting Calgary-based TransCanada’s proposed Energy East pipeline, said it disagrees with some parts of the Board’s safety order that allege its own staff and TransCanada’s staff didn't verify the wall thickness of fittings which allegedly failed in the rupture. TransCanada said in a statement that it would comply with the order, noting that it was already following safety rules and using adequate materials.

Although Vokes put his warnings about the weak fittings in a formal complaint, sent in May 2012 to the regulator, the NEB had always denied that the whistleblower's warnings represented an imminent threat to public safety, It still maintains, despite the rupture, that there was never any threat. Vokes said members of the family that owned the hunting cabin were lucky they were not around at the time of the explosion.

“It was only an act of God that multiple members of the (Cree) family didn't wind up in a barbecue,” said Vokes, who lost his job at TransCanada after he approached the regulator with his safety allegations. “The (pipeline safety) code requires that gas pipelines have fracture toughness. They have to have it and as soon as you have that… it stops little holes from becoming big holes.”

He said this incident also shows that the public should be skeptical about trusting the NEB to oversee safe pipeline operations, noting that they have failed to enforce existing provisions of pipeline regulations that require companies to have adequate quality control programs as well as safety code rules that require materials to be resistant to fractures.

Barter said the regulator is being proactive by taking action, even though it believes there is no “imminent” threat.

He added that the NEB plans to ask the Canadian Standards Association before the end of February to adopt tougher standards in its pipeline safety code. When asked if TransCanada could face any sanctions, related to the rupture, Barter said the NEB was closing its investigation and would not issue a report since the Transportation Safety Board of Canada was the lead investigator.

Under Canada’s pipeline safety rules, the line operator is responsible for ensuring quality of its materials, and not the manufacturer.

"TransCanada shares the NEB’s emphasis on pipeline safety and will respond to this overall industry order," said TransCanada spokesman Mark Cooper in an email. "All materials used in TransCanada’s pipelines meet or exceed regulatory standards. We will provide the information they requested from us and all operators."

He added that TransCanada has continuously improved its safety oversight, while using its experiences as learning opportunities to achieve a goal of eliminating all incidents.

Pierre Latendresse, the president of Ezeflow, a company with about 200 employees that is based in Granby, Quebec, east of Montreal, said the safety order would affect about 60 pipeline fittings, a small fraction of the company’s total production. But he noted that the company has a good record of producing quality materials for 40 years.

“It (the safety order) certainly has an impact on our reputation,” Latendresse said in an interview. “They’re saying that we did not check the wall thickness. This is disputable… It’s a question of interpretation. When we make fittings, we check the wall thickness before we make the (fittings). So it’s ridiculous to say something like that (NEB statement).”

Ezeflow’s name was left out of a Transportation Safety Board of Canada report from 2015 on the 2013 rupture, and company officials said they were initially told by regulators that their name would be kept out of investigation reports. So they said they were surprised to be identified in the safety order on Friday.

It could cause some embarrassment for the oil patch that has used the Quebec company in recent advertising as it seeks to promote the economic benefits of expanding production in the oil sands industry. In one commercial, created by the Canadian Association of Petroleum Producers, Latendresse is featured mentioning that his company’s own employees believe that “every fitting is a piece of art and we take great pride in what we’re doing.”

The new NEB safety order also noted that similar pipeline fittings problems with Canadoil were flagged in earlier safety advisories by both U.S. and Canadian regulators in recent years.

Editor's note: This story has been corrected to reflect that TransCanada was not blamed for putting substandard materials in its pipeline.