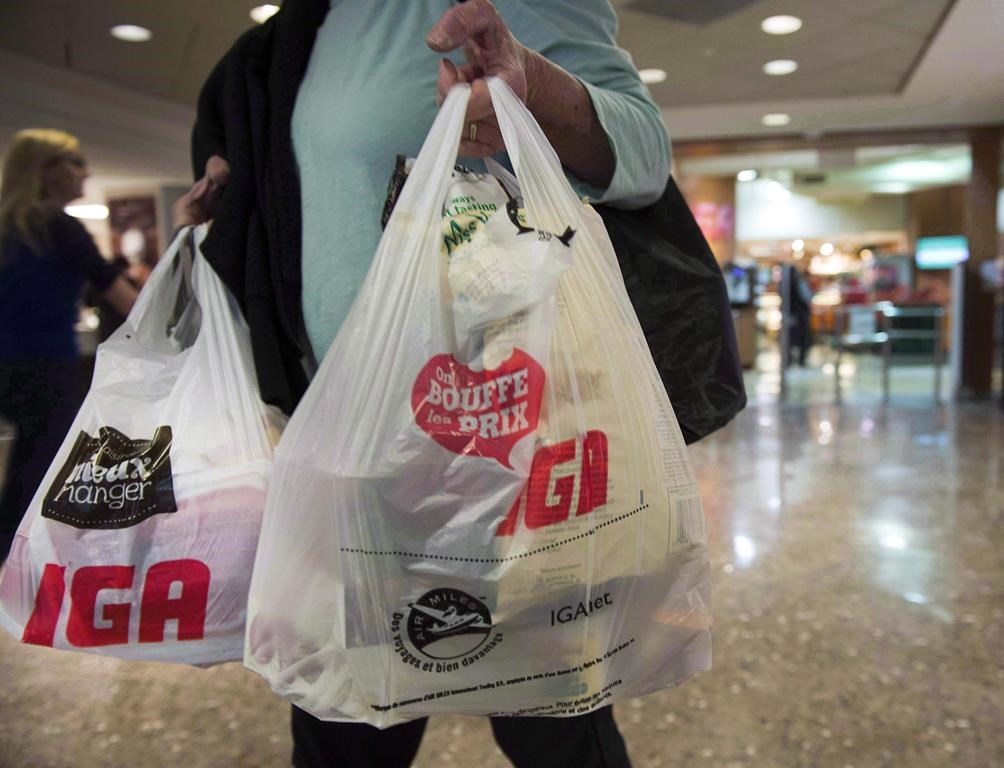 The City of Montreal is pushing ahead with a plan to ban thin plastic shopping bags by January 2018.

The decision is a reflection of Quebecers' increased preoccupation with being responsible consumers, Mayor Denis Coderre said Monday.

"We believe this targeted ban will reinforce the shift toward a greener city while giving the population, businesses and industry a reasonable time to prepare," he told a news conference.

Following public consultations last year, the city's environment committee came out in December in favour of a ban of the lightweight bags, like those handed out at grocery and convenience stores.

Some jurisdictions around the world have adopted similar restrictions, while others have backtracked. Montreal would be the first major Canadian metropolis to implement such a measure.

The city's bylaw, which has yet to be drafted, will propose a start date of Jan. 1, 2018, while separate towns on the Island of Montreal will have to adopt their own bylaws, Coderre said.

Executive committee member Real Menard said the ban would cover lightweight plastic bags as well as biodegradable bags, which contain an additive that causes them to decompose in heat and light.

Menard said they break up and cause problems for the environment, with the additives acting as a contaminant in the recycling and composting process.

Certain types of bags would be exempt: those used to handle meat, fruits and vegetables, medication or dry cleaning.

"We're not forbidding all plastic bags — the rest will be allowed," Menard said. "What we want is for citizens to use bags that are recyclable and reusable."

Retail and plastic industry advocates have argued such bans are unnecessary and suggested they only lead to more plastic bags in landfills.

The Canadian Plastics Industry Association says it is dismayed by the Coderre administration's decision and wants a meeting with the mayor.

Association member Marc Robitaille said Monday the use of thicker plastic bags will also have an environmental impact and economic cost on business and consumers.

He noted there will be an impact on local employment because thicker bags are imported from Asia.

Toronto tried and failed in 2012 to impose a ban, while at least five smaller Canadian municipalities have instituted such a measure, beginning with Leaf Rapids, Man., in 2007. A sixth, the Montreal suburb of Brossard, voted in favour of a ban starting Sept. 1.

Vancouver and Victoria are also currently considering such bans.

Coderre dismissed the possibility of Toronto's failure being repeated in his city. Greater Montreal-area communities are studying bringing in restrictions, with April 22, 2018 — Earth Day — as a target date. The Quebec Union of Municipalities will also consider such a ban.

"In a few years, these plastic bags used by billions, often for a single use, will be a thing of another era," Coderre said confidently.

He said next on the city's to-do list toward a greener future is banning plastic water bottles.