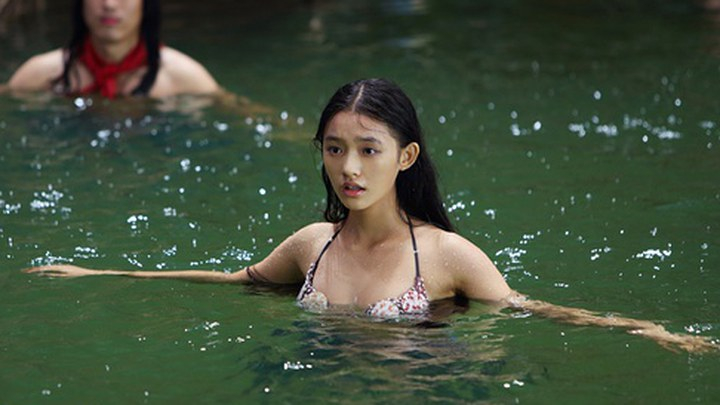 China's eco-themed romantic comedy, The Mermaid, broke box office records in China this month, making an an estimated $431 million in two weeks. The movie, which eclipsed both Star Wars: A Force Awakens and Deadpool among Chinese audiences, is the story of a wealthy business tycoon Liu Xuan (Deng Chao), who buys up a protected dolphin sanctuary. Xuan thinks nothing of emptying the oceans of marine wildlife so he can pursue his industrial development projects.

To stop the waters near her home from being polluted, a young mermaid (played by newcomer Jelly Lin) goes onland to seduce and kill the business tycoon—only to complicate matters when she falls in love with him.

Beyond the CG-heavy action sequences, the movie brings heavy environmental issues to audiences in China, which produces roughly one-third of the plastic polluting the world's oceans. China is also the world's biggest investor in renewable energy, and poured $89.5 billion into clean energy projects last year, most of it going to solar and wind energy.

In the trailer, a voiceover asks what a person would wish for "if the world doesn’t have a single drop of clean water or single breath of clean oxygen left."

"It's good news that movies about the environment can arouse such public interest," May Mei, the China-based director of the environmental group WildAid, said in an interview with AFP.

The movie is directed by action comedy veteran Stephen Chow, who became famous in the west for Shaolin Soccer and Kung Fu. While Chow doesn't make an appearance in his biggest hit film, his trademark comedy is everywhere, such as in this famous scene with police officers taking a report about a kidnapping by mermaids.

Scene from "The Mermaid"