Judge grants injunction to BC Hydro against Site C protesters 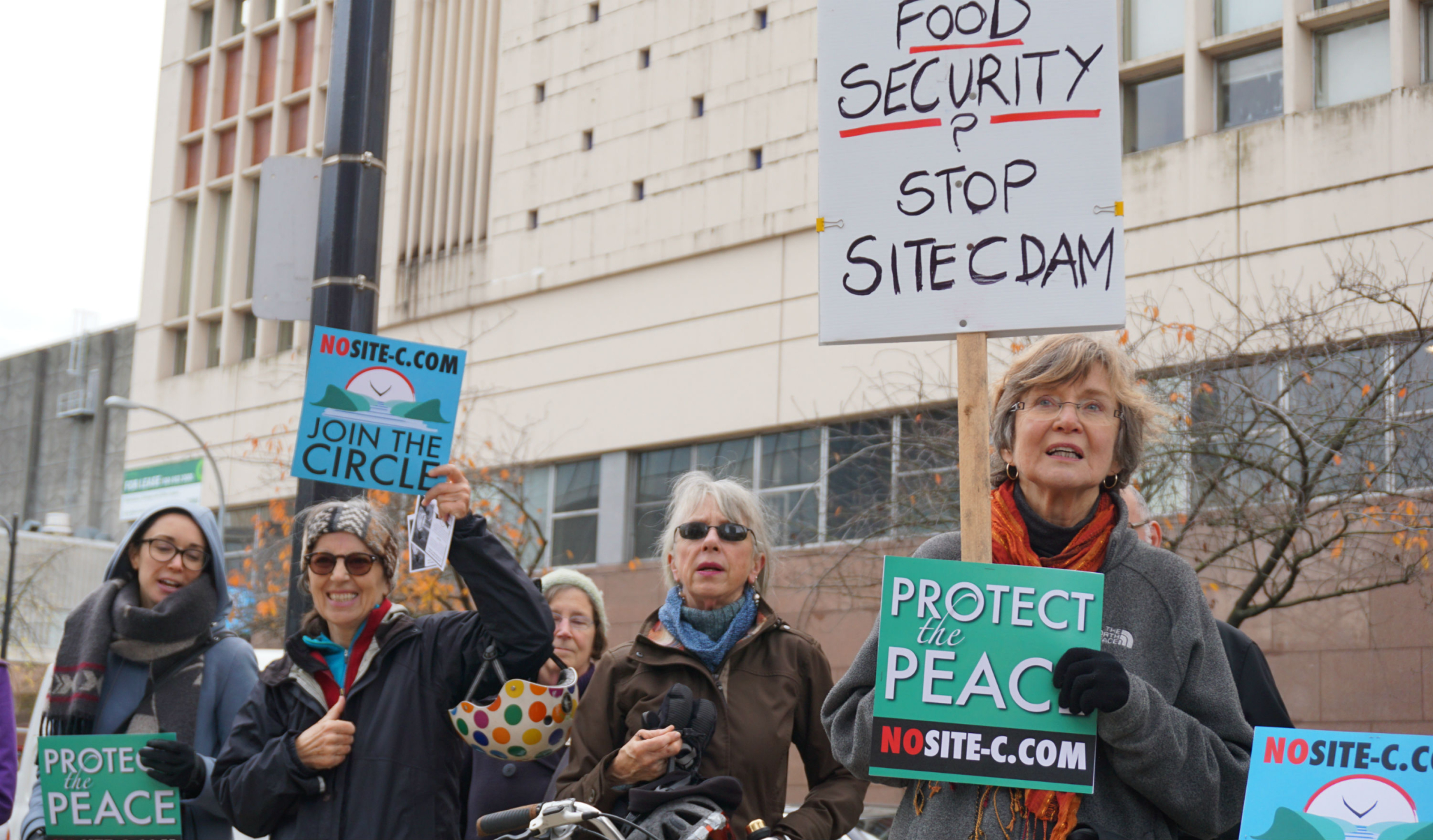 A judge granted the injunction to BC Hydro on Monday after it argued in court last week that the actions of demonstrators are illegal and could cost them millions of dollars.

The protesters — several Peace Valley farmers and First Nations representatives — have been camped at the site since late last year on the grounds that construction of the $8.8-billion hydroelectric project would obliterate 107 kilometres of river valley bottoms along the Peace River and its tributaries.

According to First Nations, the dam would result in the permanent loss of vital hunting, fishing and gathering sites.

“The people at the Rocky Mountain Fort Camp were trying to protect the valley to allow for First Nations' court cases to proceed," explained Jay Ritchlin, director-general of the David Suzuki Foundation for Western Canada.

"Today's decision means that BC Hydro can clear ecologically and culturally sensitive areas to make way for Site C even though issues, such as infringement on Treaty Rights, remain unresolved. We are disappointed at the ruling and urge the province and federal government to halt work to allow for proper due diligence."

The David Suzuki Foundation has long opposed the Site C Dam for its intrusion on traditional territories of the Dane_Zaa First Nations, and disruption to irreplaceable ecosystems and wildlife. Both the Green Party and NDP have also spoken up in solidarity with the protesters, whose actions were today deemed unlawful by the judge.

The project has approval from both the provincial and federal governments, but the NDP is calling on the Liberals to make good on election promises to renew "nation-to-nation" relationships with Indigenous people across Canada:

“The review panel found the project would cause irreversible damage to wildlife and fish habitat and would infringe on First Nations rights,” said NDP Environment Critic Nathan Cullen. “If the Liberals are serious about a new relationship with Indigenous Peoples, they must back up their words with action in sitting down with local First Nations before ramming through more permits.”

A "risky and foolish" project

At the provincial level, Andrew Weaver, B.C. Green Party leader and MLA for Oak Bay-Gordon Head, called Site C a "risky and foolish" project, and the injunction an example of "bullying out disagreement" rather than listening to the concerns of British Columbians. The project is scheduled for completion in 2024.

“Site C has been a project that has been aggressively pushed through by this government, primarily to fuel an LNG industry that doesn’t exist," Weaver said."They committed to a huge project and are now in the process of trying to save face. It’s expensive gamble borne on the backs of British Columbians.”

Site C will be a third dam and generating station on the Peace River in northeast B.C., providing roughly 5,100 gigawatt hours of energy each year to the province’s integrated electricity system. When finished, the dam will produce enough power to light up roughly 450,000 B.C. homes per year, though the project could reportedly also be used to power natural gas projects in the province.

Tods Sale Dames
You need to prevent acquiring the initial life insurance coverage merchandise you are displayed, steer clear of the pushy professional. You should allow yourself a chance to turn out to be acquainted with the pros and cons of each item you review. It is vital that you get the best selection for yourself and your family, don't permit anybody speed you into this significant determination.

Selected a real estate agent that is dedicated to working for you. A good Agent ought to be offered just before, in the course of and following a transaction. Check with the Real estate agent for references just before making a choice. This individual will be your eyes and ears in this particular procedure so make sure they are a person you can trust to keep along.